Writer Dan Slott had pretty much his own decade on the flagship Spider-Man book, and it was consistently one of my favorites. Slott just had such a great handle on the character of Peter Parker, and he had so many fun stories, like Spider-Island, Clone Conspiracy, Ends of the Earth; I liked pretty much all of them. Slott was also responsible for the Spider-Verse stories, which were fun. He revived Kaine and turned Phil Urich into a super-villain, so there was both good and bad for me personally.

Mostly, though, Slott should be remembered for the all-time amazing Superior Spider-Man storyarc. He revitalized both Spider-Man and Doctor Octopus, reminding us all just how much fun a good Spidey story could be. Slott’s Otto Octavius was a breath of fresh air and made for one really exciting story.

It’s hard to even remember that Peter David’s phenomenal X-Factor comic came to an end in the 2010s. This comic was no small achievement. PAD took a bunch of nominally obscure X-Characters and personally wrote around 100 issues of an ongoing comic. When was the last time an X-Men comic reached 100 issues with the same creative team/concept? And Slott did it with Multiple Man as his lead character! Of course, Multiple Man is my favorite all-time comic book character. And here he was being written, and partially re-invented, by the writer who made him a standout character to begin with. The MadroX mini-series that kicked it off was great, and X-Factor kept that attitude and strong character work and storytelling.

Honestly, I consider Matt Fraction’s Hawkeye to be the defining superhero comic of the 2010s. He achieved such a wonderful level of character-focus, grounded superheroics and experimentation; Fraction redefined how personal superhero comics could be. A lot of people will praise him for his experiments, like the issue told from the perspective of a dog, or the issue all about sign language. But for me, Hawkeye’s greatest strength was in how it humanized the superhero and the world around him. This was a comic where Clint Barton asks his friend Tony Stark to swing by his apartment to help set up his entertainment center. The story of Clint Barton trying to save his apartment neighbors from gangster is just so darn good, especially with Kate Bishop serving as sidekick, often with adventures of her own. 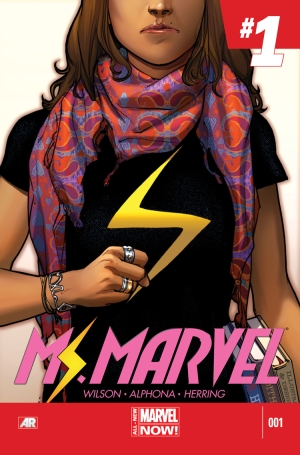 Kamala Khan is the character find of the 2010s. She’s the best new superhero of the past several decades. Personally, I think Marvel jumped the gun in making her so big so quickly, but I suppose a higher profile is best in the grand scheme of things. Of course, none of this would have been possible if the original series wasn’t so great! Wilson hit that magic mark of making Kamalah Kahn a person first and a superhero second. She nailed that feel of a realistic hero with a real life and a real struggle, the classic Marvel profile. Not only that, but considering Wilson’s real background, and the background of her editor, they were able to show readers a realistic, grounded look into life in a Muslim household in the 2010s. As a white dude who has spent his entire life in lower middle class America, I loved this aspect of the character and I feel it went a long way to making Kamala Khan the breakout star of the decade.

The funniest comic series I have ever read. Hands down. Unbeatable Squirrel Girl is hilarious and exactly my sense of humor. It’s all in the character-based dialogue, and the sheer fun of being funny. But beyond the humor, Squirrel Girl had more heart than 10 comics! And not just because Doreen Green often tried to talk to her opponents and work out their problems instead of always resorting to fights. But also because North and his artists were always trying to teach the reader something, or explore ideas that aren’t often explored in fiction. Doreen and her friends were computer science majors at college, and North incorporated that all of the time! A real highlight is the issue where he taught us all how to count in binary on our hands! I still remember that lesson! And I will always remember Unbeatable Squirrel Girl. Which reminds me, let me go see if they have collected editions for sale… 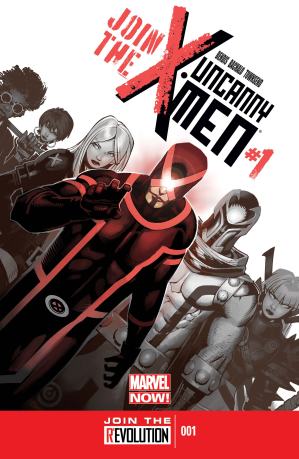 As far as I’m concerned, this was the last time the X-Men felt cool. It’s definitely the last time they felt dangerous. I’d never been a Cyclops fan growing up, but starting with Schism and up through Uncanny X-Men, Marvel did something weird with Cyclops that really struck a chord with me. They treated him like a villain, but everything he did was right. This fascinated me, and culminated with the end of Avengers vs. X-Men. In the epilogue comic, Consequences, I discovered just how badass Cyclops could be. Just how right he was all along. And that led into Bendis’ Uncanny X-Men, wherein Cyclops went rogue…and yet continued doing what the X-Men are supposed to do. Hounded on all sides by naysayers and people trying to stop him, Cyclops stood his ground and did the job of an X-Man. The comic was exciting and the character development was second-to-none!

I’m combining these two comics because they really are just one big tapestry of amazing glory. I was a huge Power Rangers fan back in my youth, when the original show kicked off. And while I normally  shy away from licensed comic books based on TV shows, I gave this one a try and have been in love from the very beginning! Starting with Kyle Higgins, and continuing with Ryan Parrott, the Power Rangers comics from BOOM! Studios took the original show and gave us a glorious behind-the-scenes look at the real nuts and bolts of being Power Rangers. They kept the heroes, villains and premise the same, but dove deep into the personal lives of our heroes, in the struggles of being Rangers and more. The show was pretty shallow, but I loved it anyway. The comic is deep and meaningful, and now I love both even more!

I know this is a brand new series, but I am loving Wonder Twins so gosh darn much! This series is everything I want comic books to be, and better than I’d ever hoped a Wonder Twins comic could be. I have long wanted an actual Wonder Twins comic. I didn’t have much relationship with the characters on the Super Friends, but just knowing their place in pop culture, and the derision they were usually met with, I thought it would be genius for DC Comics to give them a legit place in the DC Universe. It would be so much fun! And sure enough, the razor sharp wit and infinite cleverness of writer Mark Russell has delivered such an amazing comic! It’s funny, it’s charming, it’s fill with so much heart it’s fit to burst! If it ends strong next year, Wonder Twins might be one of my favorite comics of all-time. 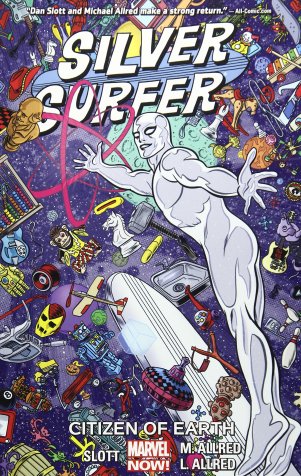 Dan Slott is a big fan of Doctor Who. As am I. So I was absolutely tickled pink when Slott essentially took the Silver Surfer — one of my favorite comic book characters — and sent him on a grand Doctor Who adventure! Slott, with art by the legendary Mike Allred and family, told a big, fun, whimsical, romantic space adventure. The Silver Surfer was given an adorable human companion in Dawn Greenwood, and together they had this wonderful love story writ large against the craziest, wackiest cosmos Marvel has perhaps ever seen! There was joy, there was heartbreak, there were crazy alien planets. And it was allowed to end on its own terms. This was Slott at his very best, and the Surfer at possibly the best he’s ever been.

This one was a surprise. I’ve never been a fan of Spider-Woman. Just didn’t care. But then a modern costume change caught my attention and I decided to give her new comic a try. I’m so glad I did because I loved this comic to bits! Not only was it fun and engaging, with a solid cast and creative stories, but at the heart of the comic was an unconventional romance done right. A lot of times in comics, romances are obvious from the first issue. You’ve got your main character and then you’ve got the obvious love interest inserted into the story. Like Carlie Cooper in Spider-Man. But Hopeless was far more clever. One of his ongoing plots was about Spider-Woman working with and reforming the villain Porcupine. It was a fun story and he made for a good supporting character. But then as the end drew near, he revealed a growing romance, one that snuck up on the reader and was made all the more meaningful because I didn’t see it coming. That still remains one of my all-time favorite romances in comics.