There’s Going to be a New LEGO Helicarrier for Me to Purchase!

I have been fairly good this quarantine in that I haven’t splurged on a bunch of expensive LEGO just to pass the time. I did buy a couple of sets, but I waited at least a month! Well it looks like the horizon has plenty in store for an old sap like me.

There’s going to be a new, smaller LEGO Avengers helicarrier! 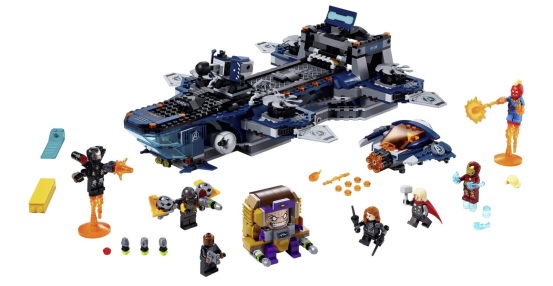 Why yes, that is a mini, buildable MODOK!

It looks a little awkward, having to shrink down to a more manageable size. But it still looks like a beauty worthy of building.

The set isn’t available yet, but you can set a bookmark and check out some more pictures on its LEGO webpage. The $119 price tag isn’t too bad. Between this set and the upcoming Razor Crest from The Mandalorian, I’m going to be down about $250 in the near future.

More excitedly, this new helicarrier is far more manageable than the previous LEGO helicarrier, which was a monstrous beast for $350. I never did splurge on that one.

A More Definitive Hench-Sized Ranking of the Marvel Cinematic Universe

So let’s pass the time by ranking all of the Marvel Cinematic Universe movies!

Way back in 2015, about halfway through the MCU as we know it today, I did my first ranking of all the Marvel movies. I’m still fairly happy with the list. But a lot has changed since then. Most specifically, the Infinity Saga came to an end! And now it’ll be more than a year between installments as Black Widow and Phase 4 have been pushed back to November.

So yeah, on this traditional Marvel movie release weekend, join me after the jump to see my personal ranking of all the MCU movies! Keep in mind, I’m a devoted fanboy and I love all these films, even the ones other people say are bad. They’re all great. I just like some more than others.

Keep in mind: this is not a ranking of the quality of the films. This is my personal love of the MCU. Expect full bias and preferential treatment.

END_OF_DOCUMENT_TOKEN_TO_BE_REPLACED

A New Look at that Avengers Video Game

In theory, new video games are still going to come out this year. One can only hope. As far as we all know, that big, fancy Avengers video game is still coming out, and a new trailer was released the other day with a bit of new detail about actual gameplay.

Sounds helpful! Considering the year we’re dealing with, I think my hesitancy towards this game is evaporating. We could all use a big, fun, multi-player Avengers game by the time this year is out.

In theory, the game is set for Sept. 4 — the week of my birthday!

How’s everybody holding up? Coronavirus has yet to hit my little enclave in Upstate New York, but it’s getting closer by the day. I hope all of you are safe, sound and doing your best to get through this!

Thankfully, I read my comics online these days, so no need to go outside! This was a stellar week, with quality issues of The Green Lantern, X-Men, New Mutants and the Comic Book of the Week: Ant-Man #3! This mini-series is just delightful! 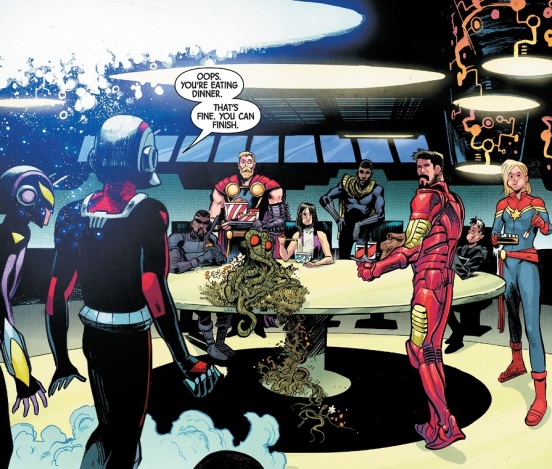 Do none of the Avengers cook at home?

Meanwhile, I did get caught up on the first issue of Strange Adventures, so expect that review this week. And I just binged the third season of the Castlevania and it was phenomenal! So dark, so cool, so charming and so action-packed. This series is not one to miss!

END_OF_DOCUMENT_TOKEN_TO_BE_REPLACED

Even More Exciting, How About a New Black Widow Trailer?!

Man! When I woke up this morning, I didn’t think I’d have anything to share on the ol’ blog today. It just seemed like that kind of Monday! But then I found that cool Mortal Kombat railer. And now, even better, Marvel has randomly dropped a brand new Black Widow trailer!

Still looks awesome! I don’t expect this film to pull off Avengers: Endgame numbers, and that’s fine. I think the world is ready for a more chill Marvel movie. This one looks good. It looks to be full of action, full of fun characters and will hopefully tell a really nice story.

Black Widow comes out on May 1!