How I Would Write the Scream Comic

Scream is my favorite of the Marvel symbiotes. By the time I started reading Spider-Man comics in the mid-90s, Venom and Carnage were already established. They were cool, but I had missed Maximum Carnage. The Clone Saga was my jam instead, and during that series, a new, female symbiote showed up with an awesome yellow, red and black color scheme and a head of magnificent symbiote hair. 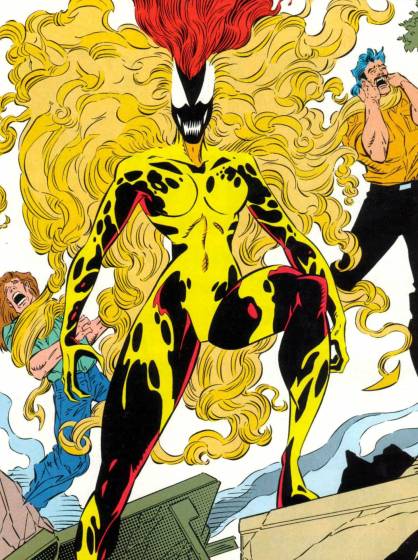 Here was a symbiote I could get behind! And considering she appeared so rarely in comics, it became a bit of a game to track her random appearances across random comics as Marvel kept her alive and in the background. Did you know Scream once teamed up with Venom and Wolverine to fight an evil alien called “Dirtnap”? Good times.

Marvel recently brought Scream back from the dead as part of the Absolute Carnage story. She got her own tie-in mini-series, and is currently starring in her very own ongoing comic: Scream: Curse of Carnage. Being one of the only people on the planet who would say that Scream is their favorite of the symbiotes, I was really excited about this comic…but it hasn’t been very good. The main character doesn’t have focus, the storyline is annoyingly weird and the art is subpar. It mostly feels like Marvel is just banking on the “Carnage” name while they wait for the next big Venom story, where Scream will theoretically play a part. 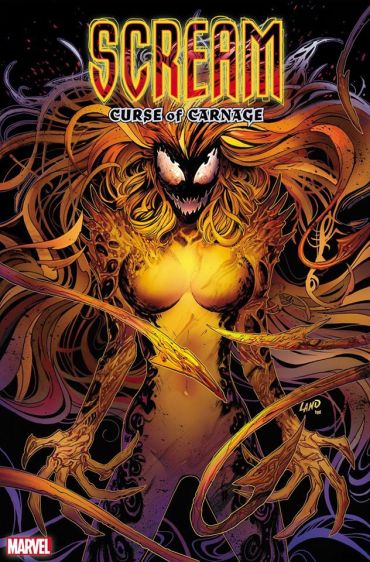 Me being a creative guy, and this being my blog, and me not having any editorial oversight, I randomly started daydreaming how I would write a Scream comic in the wake of Absolute Carnage. The symbiote is back from the dead, she’s got a new host in Andi Benton and symbiotes are a big deal these days. How would I turn that into a fan-pleasing comic?

Join me after the jump to find out! Be warned, I think this got kind of long in my rambling/brainstorming. Just putting this out there!

END_OF_DOCUMENT_TOKEN_TO_BE_REPLACED

Man, what a stinker of a week. Last week was amazing, with some of my favorite comics! But this week is a bit of a let down, I’m afraid. New issues of X-Men, New Mutants and Blackstars failed to impressed.

Comic Book of the Week goes to Thor #2 for a pretty cool issue, though I had some personal nitpicks against it. Simply put, Galactus is cooler than Thor, in my opinion. 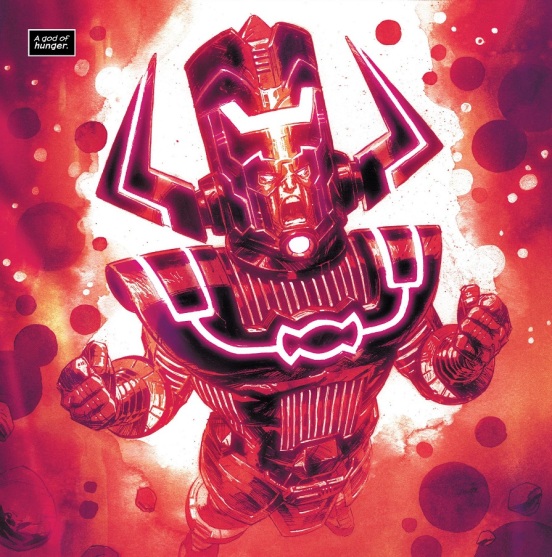 Meanwhile, the new issue of Go Go Power Rangers is a stand alone that, honestly, didn’t really say much about the ongoing series or the characters. Seemed like a bit of filler. It told an OK story of Rita Repulsa, but not one that really fleshed her out in any way or added to the overall narrative. But we did get the introduction of Goldar’s warrior brother, Silverback. I immediately want more about the two of them together!

END_OF_DOCUMENT_TOKEN_TO_BE_REPLACED

Holy moly, people! Because Christmas falls on a Wednesday next week, every single comic company is dumping ALL OF THEIR COMICS this week! We’ve got nearly half a dozen Dawn of X comics, along with the likes of Powers Rangers, Runaways, Legion of Super-Heroes and, to top it all off, the finale to Tom King’s Batman saga and the mid-season finale to Dan Slott’s Iron Man! There’s so many comics!

Comic Book of the Week goes to the final issue of King Thor! Jason Aaron finishes his legendary run with a truly masterful goodbye that’s both exciting and heartfelt. And Thor: God Cop. 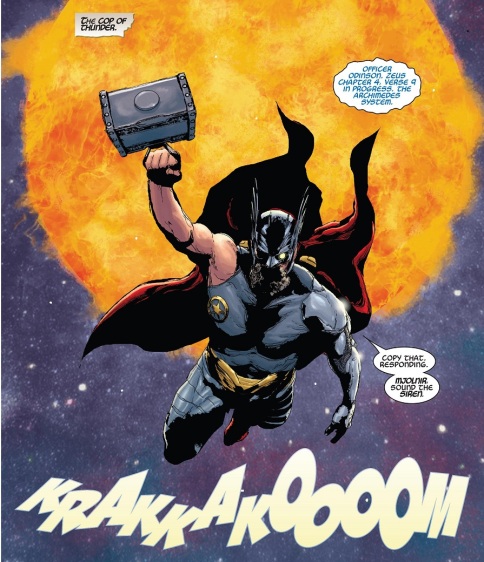 You know you’d read it

Meanwhile, in non-comic book but otherwise important news, I enjoyed Star Wars: The Rise of Skywalker. I’ll have my full review and thoughts on Wednesday, but for right now, I liked the movie. Or more precisely, I liked the grand finale with all its crazy big action and solid character moments. It seems I’m a sucker for good, quality Star Wars fan service.

END_OF_DOCUMENT_TOKEN_TO_BE_REPLACED

What a week for comics! We’ve got three Dawn of X comics this week, but none of them earn the top spot from me. Honestly, I haven’t been all that excited about Dawn of X so far. None of my favorite X-Men are involved and none of the comics are taking full advantage of the new status quo, at least how I saw it. I’m going to start dropping titles soon enough…

Comic Book of the Week was a close call between Power Rangers and Valkyrie, but I think I’ll give it to Jane Foster for some truly awesome moments this issue. Power Rangers has won it enough, let’s get some new blood here. 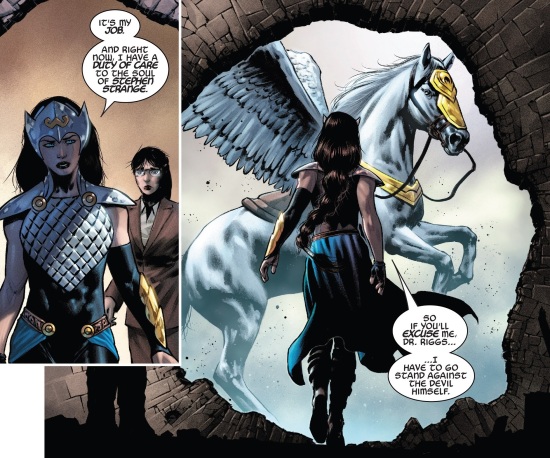 Someone’s got a job to do!

Meanwhile, would anybody be interested in my favorite comics of the past decade? Everybody on the internet is doing decade retrospectives, but I can barely remember what I liked last month, let alone a decade ago! But I’ve been looking back and remembering some of my favorite comics of the past 10 years and thought I might do that article. Let me know if you’d be interested in the comments!

END_OF_DOCUMENT_TOKEN_TO_BE_REPLACED

It’s a nice Friday. Things are pretty chill. I’m on vacation from work next week. How about we spend today luxuriating with some of those fun YouTube videos we all love so much? Do we love them? I don’t know.

First up is a Tell It Animated for the Scream slasher, Ghostface!

Not much variation to the Scream guy. The animator must have really studied those different face masks to find changes. And he’s added way more ancillary stuff, which is cool.

As for who he should do next, I vote either the Joker or an epic Iron Man video.