My Favorite Quasar is Coming to Guardians of the Galaxy!

And by “my favorite Quasar”, I of course mean Avril Kincaid, the one people know the least about! Why is she my favorite Quasar? Because I care so very little about Quasar and I find her neat! I also pegged Avril Kincaid as the MCU’s best shot at a solo superhero movie with an LGBTQ+ lead.

As you can see, the team has all sorts of neat characters. Doctor Doom is the biggest surprise, and I’m sure he’ll be fun to read. I haven’t read Guardians comics in a while, so all manner of things have been happening that I have no idea about. Hopefully this will make for a good jumping on point.

Last Thursday night was a crazy night! Disney held their annual investor summit and, since there were no comic-cons this year, they basically announced EVERYTHING they had coming up for Disney, Pixar, Star Wars and Marvel. As everyone here well knows, I love all of those things! So last Thursday was like Christmas come early.

I didn’t have the time or energy to write individual blog posts for every single awesome thing to come out of the summit. I shared a bunch of the trailers, which are the best part! Now this list is about some of the other bits and pieces I enjoyed! A ton of new content was announced and I want to share my favorite bits. We already knew about a lot of things, like Tatiana Maslany cast as She-Hulk and the Ms. Marvel show. We also knew the Fantastic Four movie was coming. So this list is about new things we learned at the summit, the things I am, personally, most excited about! Big and small!

So join me after the jump for some truly great upcoming geekery!

END_OF_DOCUMENT_TOKEN_TO_BE_REPLACED

Comic books were on fire this week! A bunch of my favorites came out, including previous favorites that I no longer like! Magnificent Ms. Marvel was another terrible issue, while Tony Stark – Iron Man was another great issue! And we’ve got a strong first issue for the new Jane Foster Valkyrie comic!

This week also saw the big kick-off to Jonathan Hickman’s revamp of the X-Men with House of X #1. I had high hopes for this relaunch…and the first issue delivers in spades! Easily Comic Book of the Week as it ushers in a crazy new X-Men status quo!

Meanwhile, sad news for Champions fans as it has been cancelled. Writer Jim Zub is a stand-up guy, so I’m sad to see his plans fall apart. But count me among the readers that just didn’t connect with the title. Sorry Jim!

END_OF_DOCUMENT_TOKEN_TO_BE_REPLACED

The 6 Characters on My Guardians of the Galaxy

It’s that time of year again: San Diego Comic-Con! It’s the biggest pop culture event of the year…and someday I’ll get to go. Personally, I don’t like large crowds, and it would be super expensive, so I haven’t gone yet. But someday I hope to go as a vendor to sell Gamer Girl & Vixen comics. But until then, I’ll continue one of my favorite traditions of the year: fan-casting a superhero roster!

This year we’re going to do the Guardians of the Galaxy! 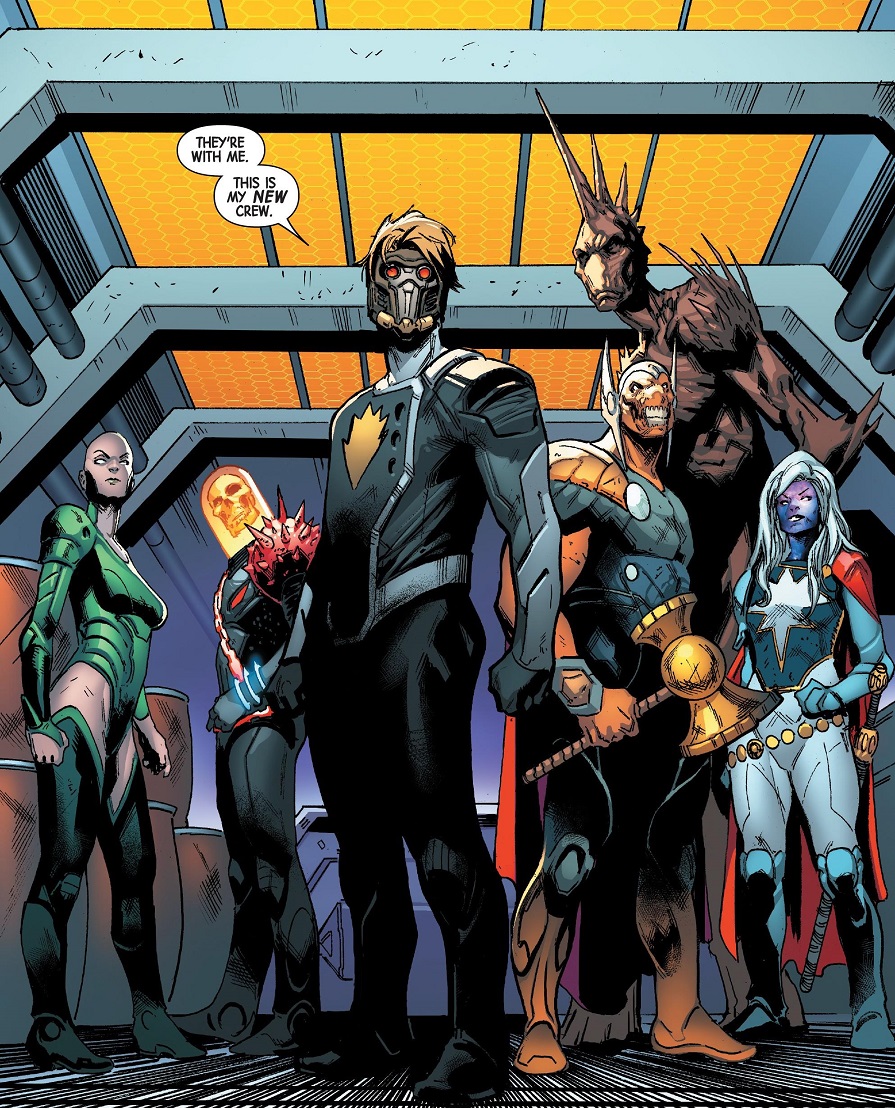 The Guardians of the Galaxy are a ragtag band of space heroes dedicated to doing good and saving the day in outer space. They’re far more popular in the movies than they are in the comics, but they recently had a comic-based roster shakeup that inspired this list. Obviously the easy answer to this game would be to just use the movie roster for the comic team…but where’s the fun in that?

Join me after the jump for the six spacey heroes I’d have on my Guardians of the Galaxy comic book team! And feel free to share your own fan-casting ideas in the comments!

END_OF_DOCUMENT_TOKEN_TO_BE_REPLACED

Tags: Guardians of the Galaxy

New comics! They’ve come out! And I’ve read a couple! Like Batman! And Guardians of the Galaxy! And even Captain America! What a time to be alive.

Comic Book of the Week goes to Go Go Power Rangers: Forever Rangers #1, an oversized issue that didn’t need to be that at all. But here we are. It’s a fun, action-packed issue that promises to kick off more to come!

Meanwhile, I dunno, I don’t have much else going on at the moment. What about you peeps? Any new comic recommendations for me?