END_OF_DOCUMENT_TOKEN_TO_BE_REPLACED

Avengers: Endgame was great! I’m not even going to beat around the bush. It was great, it was fantastic, it was everything I could have wanted. It’s the real deal, a true grand finale. Go watch it!

Comics this week almost pale in comparison. Action Comics and Runaways are pretty fun, while Fantastic Four and Heroes in Crisis disappoint. And Comic Book of the Week goes to Mr & Mrs X!

Meanwhile, X-Tremists is still the only comic I’m reading from Age of X-Man and it remains pretty darn good. At least when it comes to character development for the Blob, and now Psylocke, too! Honestly, I will consider Age of X-Man a win as a whole if this leads to a Blob renaissance.

END_OF_DOCUMENT_TOKEN_TO_BE_REPLACED

And so the slow march towards Avengers: Endgame reaches the home stretch. We’re less than a month away! Within the week, I’ll buy my ticket. And hopefully Shazam! will tide us over until the big show. Can’t wait!

Not much in the world of comics this week, at least not for me. But I got through some solid comics, like Mr. & Mrs. X and Fantastic Four. Comic Book of the Week goes to Action Comics for another corker of an issue. I’m finally really digging Bendis’ Superman. 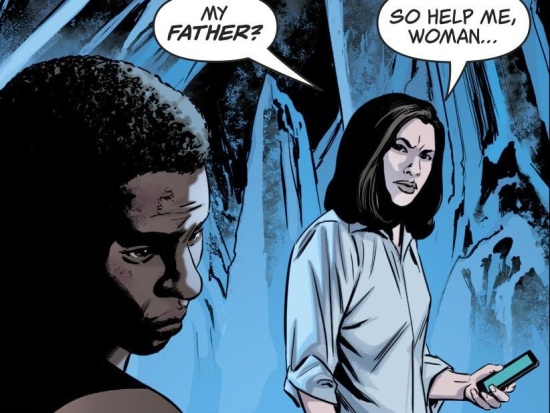 Meanwhile, I read the second issue of the X-Tremists, the one Age of X-Man comic I’ve decided to follow. The issue is better than the first one thanks to the character work, but the overall premise of the alternate reality has already worn out its welcome for me. None of it holds together in any sort of meaningful way. At least Leah Williams is delivering some of the best Blob character development he’s ever received. It almost makes up for having all of my other favorite X-characters killed recently.

END_OF_DOCUMENT_TOKEN_TO_BE_REPLACED

Kid Flash is Going To Be On The Flash TV Show!

I guess the rumors have been circulating, and now we know for sure: Kid Flash will be part of The Flash in season 2! Actor Keiynan Lonsdale has been cast as Wally West! I don’t know if they’ve confirmed that he’ll become the Flash’s sidekick, but he’s gotta, right? If The Flash is willing to do both Reverse Flash and Gorilla Grodd, they’re definitely going to do Kid Flash!

That’s his modern costume, but would they go with old school yellow?

This is pretty exciting news, because as you all know, I love sidekicks. I especially like Wally West as Kid Flash – though I’ll admit that I have no experience with him in the New 52, and I have a feeling that the show will portray a more New 52-ish Wally than the classic comic book Wally. Or maybe they’ll go old school origin and character with new school look. Who knows!

Of course, astute readers with good memories will recall that keeping Kid Flash out of the series was #1 on my list of things I wanted to see on the Flash TV show. But seeing how awesome the first season was, and how eager they were to really delve into stuff from the comics, I’ve changed my mind! Bring on Wally! Bring on Kid Flash! Bring on Season 2!