Honestly, State of Decay is My Favorite Zombie Game of All Time

Anybody else playing State of Decay 2? It came out this week for X-Box and PC and I’m enjoying myself so far — though I’m not sure yet if it’s as good as the first game. Honest Trailers takes a stab at the first one, and honestly, I didn’t think it was as bad as they claim it to be.

I loved the first State of Decay. It is my favorite zombie video game, and I’ve played a ton of them. It’s Grand Theft Auto-style gameplay, where you third-person control a character and run them around a big open world map, get into fights and steal cars. But it’s the zombie apocalypse and you’ve got to worry about the undead. And not in a Dead Rising way, where you can just cut your way through endless hordes. Instead, State of Decay gives you a merciless stamina bar, and you can’t just go in fighting a horde. You’ve got to run, you’ve got to be stealthy and you’ve got to play appropriately.

The coolest aspect of the State of Decay games is community building. Just like The Walking Dead and other zombie media, you’re not just a lone wolf, you’ve got a whole community and an HQ to worry about. I love that aspect of the games. I love having to maintain a base and loot for supplies, using my entire community to make it happen.

I only wish State of Decay 2 was…better. More polished. More forgiving. And if only my stupid computer wouldn’t be missing the key components that make co-op possible! I wanted to play with my friends, gorramit!

Zombies are everywhere! Or, at least, they’re still around, following that big zombie craze from a few years ago. The desire for all things zombie has sort of faded, but they are still a ubiquitous presence in our favorite entertainment. I should know, since I’ve spent the past week playing a marathon session of Dead Rising 3! Finally beat it last night! It was at the top of the list of games I’d play once I got a bigger, better computer!

And this is at the bottom

I’ll probably stop bragging about my computer at some point, I promise. In fact, let’s spend today jawing about zombie video games! There are so many! And I’ve been having so much fun with the latest Dead Rising that I’ve decided to list my favorite zombie video games! Join me after the jump for all the brain-eating glory, and please share some of your own favorites in the comments!

END_OF_DOCUMENT_TOKEN_TO_BE_REPLACED

State of Decay: Everything you know is wrong 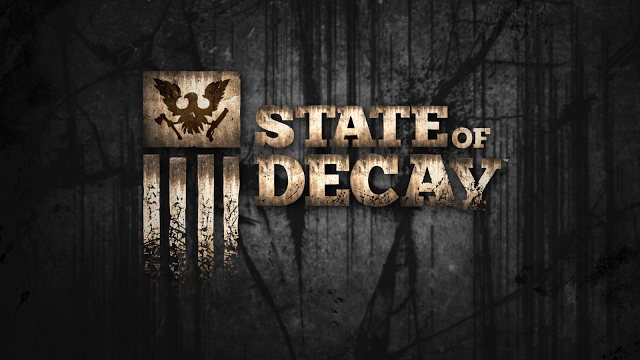 Microsoft Studios released State of Decay last week on Xbox Live Arcade, and I have to say that this may be one of the most impressive, if slightly flawed zombie-based games ever presented.  With a sandbox-style atmosphere, accessible vehicles and a massive open world, State of Decay has high replay-value and smart, immersive gameplay.  The title is almost hilariously misleading, really.  As an apocalyptic zombie-thriller, State of Decay has the shelf-life of a Twinkie.

Some experiences may vary.

To start, the game doesn’t fall into the same category of zombie-shooter as Left 4 Dead, or even Dead Rising.  You’re not the greatest zombie-killer in the world, and the undead in State of Decay aren’t simply a line of moving targets that you can mow down with reckless abandon.  Throughout State of Decay, the game reinforces again and again that you and your band of fellow survivors are in fact, mortal.  Resources are scarce, ammunition is limited, and weapons can break in mid-fight.  This isn’t a game about killing zombies:  It’s a game about surviving zombies. END_OF_DOCUMENT_TOKEN_TO_BE_REPLACED