The 6 Characters on My Exiles

It’s that time of year again! San Diego Comic-Con is burning up the pop culture charts this weekend, and once again, I’m stuck here on the entire opposite side of the country! To compensate for my absence, I’ve been working on my own tradition for this week: designing my own roster for famous superhero teams!

This year, we’re going to do the Exiles! 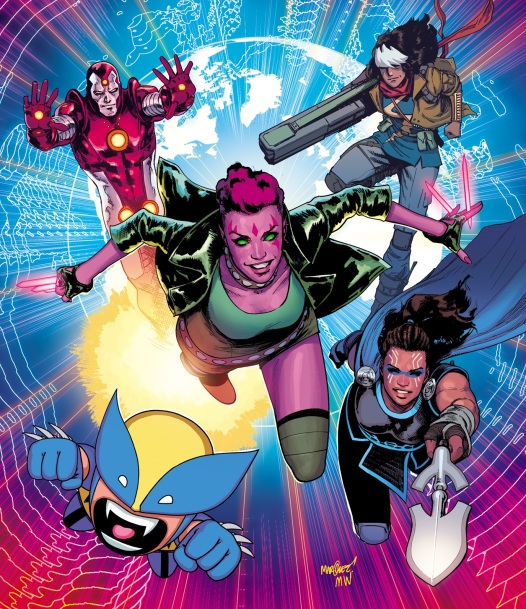 In the past, I’ve done the Defenders, the Avengers, the Justice League, the Fantastic Four, the Teen Titans, the X-Men, X-Force and the Sinister Six!

The Exiles are a team of alternate reality versions of famous superheroes who are banded together to travel the Multiverse correcting mistakes and having wild adventures. The original Exiles team back in the early 2000s was my favorite comic at the time and ran for over 100 issues! But every attempt Marvel has made to relaunch the team has ended in failure. And I was recently pretty mean to the latest relaunch attempt in my weekly comic reviews. So I’ve decided to put my money where my mouth is and offer my own take on the Exiles lineup!

Join me after the jump for my pick of weird, alternate reality versions of popular characters who I would bring together to form a new Exiles! And feel free to share some of your own fantasy roster in the comments!

END_OF_DOCUMENT_TOKEN_TO_BE_REPLACED

Just one week until Deadpool 2 comes out! If only I was reading Deadpool comics and could link these reviews and that movie in some way. I guess I’ve just got to wait until Marvel makes that Squirrel Girl movie.

Lots of good comics this week, I enjoyed almost everything. I still think Exiles is terrible, but Domino, Runaways, Squirrel Girl and Detective Comics are still a blast! And Comic Book of the Week goes to the kick-off issue of the Justice League: No Justice storyline. It’s big and fun! 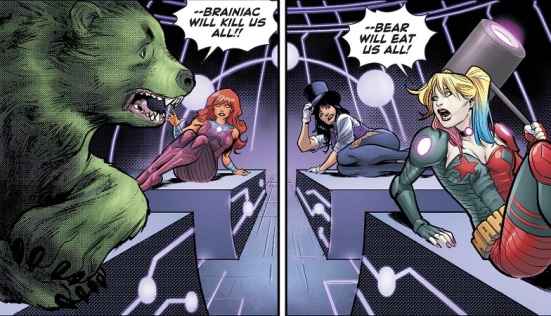 Meanwhile, if you live in the Rochester, NY area, I’ll be at the Flower City Comic-Con promoting Gamer Girl & Vixen next month! Mark your calendars!

END_OF_DOCUMENT_TOKEN_TO_BE_REPLACED

How about that Avengers: Infinity War, huh? That sure was something! I enjoyed the movie, but I wasn’t blown away. I’m starting to think I let myself get too hyped up for these Marvel movies. But then I remember that Black Panther and Thor: Ragnarok were amazing. So mileage may vary. Expect a fuller review on Wednesday.

As for comics this week, we’ve got a whole pile! No Avengers, I’m afraid, because I don’t read any current Avengers comics. Though the latest issue of Mighty Thor, which caps off the saga of Jane Foster: Goddess of Thunder, wins Comic Book of the Week.

Though I wasn’t particularly happy with how Mighty Thor ended. It’s a gorgeous comic, at least. Wherever Russell Dauterman goes next, I’m sure to follow.

Also, The Hunt for Wolverine kicked off this week and I will not be reading or reviewing. I think Marvel really, really dropped the ball after killing Wolverine, and I have zero interest in his return. He should have stayed dead.

END_OF_DOCUMENT_TOKEN_TO_BE_REPLACED

This is a very interesting week for comics! Marvel kicks off two new titles — Exiles and Domino — and follows those up with possibly the best issue of Unbeatable Squirrel Girl to date. At least one of those new comics might become a regular purchase for me, and Squirrel Girl will hopefully be around until the end of time.

In other news, I’m really enjoyable Gwenpool so far. I’ve got to order the last couple of trade paperbacks to finish it off. Gwenpool, the comic, is definitely far more than it would seem on the surface.

END_OF_DOCUMENT_TOKEN_TO_BE_REPLACED

Marvel is going to release a new Exiles comic this Spring! Good for them! I don’t have high hopes. As always, Blink will be the main character. This time, she’ll work for Nick Fury Sr. and be teamed up with an older, grizzled Kamala Khan, Iron Lad, a little cartoon Wolverine and an as-yet unrevealed other character.

That last character is probably someone from the 616 universe, otherwise why bother keeping their identity a secret?

The comic will be written by Saladin Ahmed, who earned great acclaim with his Black Bolt comic (which I haven’t read yet), with art by Javier Rodriguez, who I loved in the Spider-Woman comic.

“The man once known as Nick Fury is now simply the Unseen, who can only observe Earth from the moon. When a mysterious threat casts its shadow on the multiverse, his job is to recruit champions who can save it. Blink’s goal was once to save the world with the original EXILES, and now, she’ll need the help of Khan, Iron Lad, Wolvie and a mysterious to-be-revealed team member to help her fight an even more sinister evil.”

This has all the makings of a fine comic, I’m sure, but I don’t have a lot of faith. The original Exiles comic is one of my all-time favorites. It was an amazing comic with an amazing cast, and it succeeded because it was built on strong characters instead of just their wild adventures. That thing lasted for more than 100 issues!

But then Marvel tried to reboot it with a second volume in 2009, but that barely lasted any issues. And then Dazzler had a series with a similar concept not too long ago. For some reason, the original was a powerhouse of popular awesome, but every attempt to revive the concept just keeps falling flat. So yeah, I don’t have much faith.

But any comic that has even a chance of using the Mimic is definitely worth a look see.