The 6 Characters On My Defenders Team

Welcome to San Diego Comic-Con Week! It’s the biggest week in comics, and I’m excited for all the news and trailers and awesomeness bound to arrive this weekend! An expected highlight this year will be The Defenders from Marvel! They’ve got a new comic book, a new action figure line and their Netflix show arrives in one month! I can’t wait!

Only 50% of superheroes wear costumes anymore

As has become a tradition here at Henchman-4-Hire, I like to spend Comic-Con Week playing fantasy superhero draft. Superhero team rosters change all the time. Every new X-Men reboot results in several different team lineups. The Avengers or New Avengers or Champions are always changing! This year, I’m going to pitch you my Defenders lineup. If Marvel hired me to write a Defenders comic, these are the characters I’d put on the team!

In the past, I’ve dreamed up rosters for the Avengers, the Justice League, the Fantastic Four,  the Teen Titans, the X-Men, X-Force and the Sinister Six!

The basic concept to understand with the Defenders is that they are not the Avengers. The Avengers are Marvel’s premiere superhero team, and they tackle the big dangers that threaten the Earth. The Avengers are all the best superheroes teaming up to stop threats that no single hero can face alone. The Defenders are largely just a team up of superheroes who operate in the shadow of the Avengers. Not in a spooky, shadowy way, but more in an ‘overshadowed’ sort of way.

The Defenders are to the Avengers like Luigi is to Mario.

There have been different versions of the Defenders throughout the years. They started out as a team-up of Marvel’s heaviest hitters: the Incredible Hulk, Prince Namor, Doctor Strange and the Silver Surfer. That lineup has gotten together again and again over the years. The Defenders are also known for bringing on some smaller heroes like Nighthawk to round out the cast.

Or sometimes the Defenders name is used for new projects, like the Fearless Defenders, which was Marvel’s first all-female superhero team. Most recently, the Defenders name is being used in the Marvel Cinematic Universe for all the heroes on Netflix: Daredevil, Luke Cage, Jessica Jones and Iron Fist. That’s a great use for the team, and there’s a new comic book Defenders that matches that lineup. This is a more grounded, street-level team of heroes.

And that’s what my team is going to be like. A grounded, street-level team of heroes banding together to fight bad guys, just not on the same level of the Avengers. 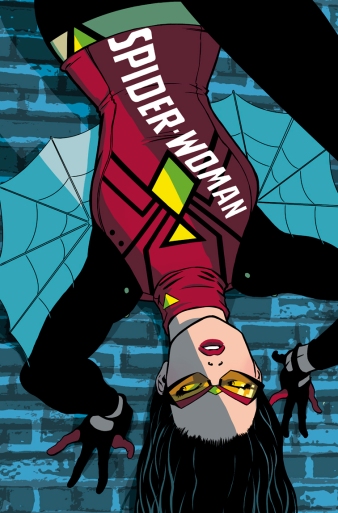 Who is she: Jessica Drew is a long-standing Avenger and hero. She’s got one of the best costumes in comics, with a wide variety of kickass powers. She’s been a spy. She’s been a prisoner. She’s been all manner of things. Most recently, Jessica Drew left the Avengers to kick off her own private investigation/solo superhero business. It was one of my favorite comics in recent years, and I want to see that version of her continue.

Why pick her: I loved Spider-Woman’s most recent comic and I loved her as a street-level ass-kicker with an awesome costume and an awesome attitude. I think she’d make a great team leader, having been both a solo hero and an Avenger. She’s in a perfect position to really shine as leader of the Defenders.

Who is he: Roger Gocking is a former super-villain nobody who has become a hero. He was, like, the second guy to go around as the Porcupine, having purchased the costume and the name from an intermediary. He was a real nobody! Until he teamed up with Spider-Woman and she helped reform him into a proper hero — and her boyfriend! Porcupine is a really swell guy, once you get to know him.

Why pick him: Look, here’s the deal, I super loved the recent Spider-Woman comic by Dennis Hopeless, which focused largely on the growing relationship and superhero awesomeness of Spider-Woman and Porcupine. But all good things come to an end and the comic got cancelled. I don’t know where this relationship might turn up next, but if I want it to continue, I will do my part and put both of them on the Defenders! Expect the love between Spider-Woman and Porcupine to be the heart of the series! 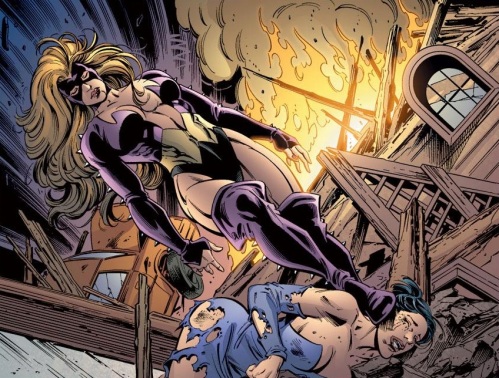 Who is she: Titania is a longtime She-Hulk villain who always gets trotted out to throw in a few good punches at whatever superhero she’s facing. She was an ordinary woman who got powers during the original Secret Wars and went on to become your typical bruiser bad guy. I think she might have even married the Absorbing Man at one point!

Why pick her: Every good superhero team needs a villain attempting reform. It worked for Porcupine! I’d originally considered putting Red She-Hulk on this team, but does anybody remember Red She-Hulk? She was on the Defenders before but nobody remembers. Titania is a solid bruiser/strong person character who can be seeking some general sense of redemption, possibly prompted into joining by her old nemesis, She-Hulk.

Who is he: Gargoyle is a classic Defender from way, way back. Isaac Christians was bonded with an ancient gargoyle thanks to magic and evil cults, during some scuffle with the Defenders and Hellcat and whatnot. He hung around the team for awhile, getting up to all sorts of superhero mischief, but eventually faded away into obscurity and disappeared. Who knows the last time Gargoyle has graced a Marvel Comic.

Why pick him: Back when I was a kid, flipping through my dad’s old comics, Gargoyle always stuck out to me as a neat design. I would bring him back to the team in a heartbeat. He would serve as a connection to the classic Defenders, and he’d essentially be a blank slate to play with in the modern superhero landscape. Plus, he’s got that nifty problem of trying to fit in while looking like a weird demon gargoyle man. 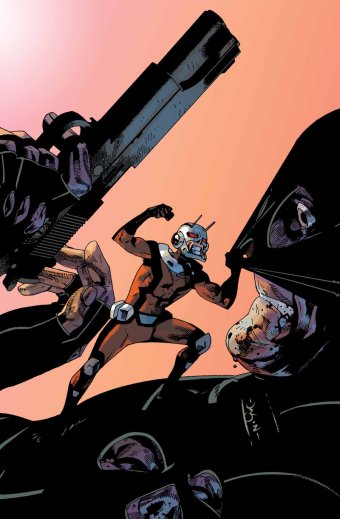 Who is he: Hopefully you’ve all seen the Ant-Man movie! Scott Lang is a former criminal who lucked his way into an Ant-Man costume while trying to save his young daughter, Cassie. He’s a funny and charismatic guy just trying to do right by his kid, while also joining the Avengers and fighting crime and being an all-around swell superhero who can shrink and talk to ants.

Why pick him: Scott Long is really hot right now! Not only is he one of the funnest heroes in the Marvel Cinematic Universe, that has also given him a bigger profile in comics as well. I loved his recent solo series, and he’s been great wherever he pops up. Ant-Man needs a permanent home, and my street-level, lower-key Defenders would be a good match for his character type. 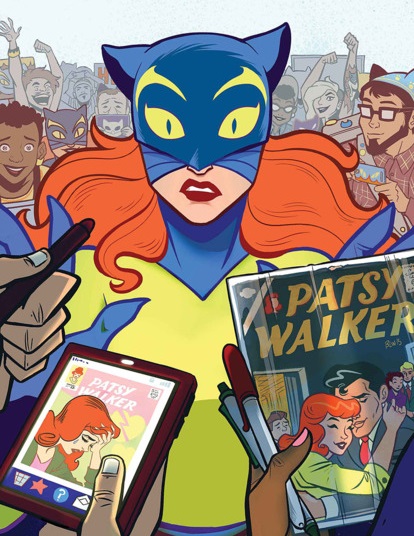 Who is she: Patsy Walker is also coming off a recently cancelled solo series. Weird how my list turned out that way. Patsy is a chipper, cheerful and all around adorable superhero who likes making friends and having a good time. She’s colorful, bright and a real well of sunshine in the world of capes and criminals. She’s a really good fighter, though I don’t know if she has any other specific super-powers, honestly. I don’t think it ever came up in her comic…

Why pick her: Just like Spider-Woman and Ant-Man, Hellcat is a currently popular character who could use a solid home after her solo series came to an end. Heck, this is starting to shape up like the Avengers movie, where a bunch of separate cancelled superheroes come together in one book! Hellcat is a really friendly person who works super well with others, and I think she’d be a great, bubbly presence on my Defenders team!

Who would you cast in your dream Defenders lineup? Would you stick with the Netflix TV show characters? Would you go classic with Hulk, Namor and Dr. Strange? Let me know your lineups in the comments!