Here it is, folks! The first trailer for Avengers 4, now titled Avengers: Endgame! It’s here, it’s great, and you should watch it immediately!

Loved this trailer! Loved the darkness, loved the hopelessness, love the emotion, and I super loved the Scott Lang stinger at the end! He’s my favorite character in the MCU, and Paul Rudd arriving in the darkest hour to charm his way into saving the day is exactly what I want from Avengers: Endgame!

6 Thoughts on Ant-Man and the Wasp

The growing Ant-Man franchise might not be the biggest money-maker for the Marvel Cinematic Universe, but I still love it like all the rest! In fact, I kind of love it a little more, because Ant-Man is my favorite superhero in the MCU. And I’m so glad that his movies are so much fun! 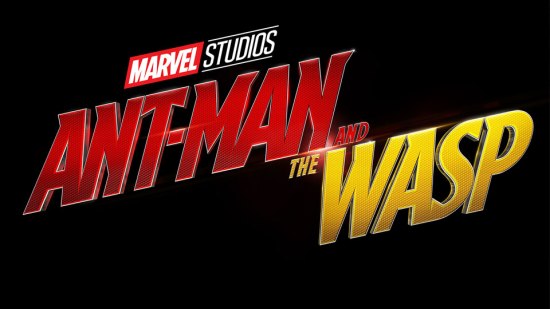 I’m a little disappointed that we’ve got to wait all the way until March for Captain Marvel. That’s a long wait! Of course, I say that knowing that years fly by like the snap of a finger in adulthood, and it will be March before we know it, and we’ll be complaining that, “Jeez, it’s already March”, and another entire year will have passed to bring me and all of us closer to the grave…

But hey! Ant-Man and the Wasp! Join me after the jump for my full review. And expect FULL SPOILERS for the movie!

END_OF_DOCUMENT_TOKEN_TO_BE_REPLACED

Paul Rudd vs. Stephen Hawking in the Ultimate Game of Quantum Chess

The title says it all. If you’ve got 10 minutes to spare, you need to watch this video of the greatest quantum chess match of all time!

That’s just good stuff. The video was part of a quantum physics thingy at Caltech, who have apparently learned how to use the Internet for power and fame. I don’t know much about quantum mechanics, but I know good Internet comedy. Also, this was totally directed by Alex Winter, who played Bill of Bill & Ted fame. So now you know what he’s been up to.

Posted in Just Funny, This Wins the Internet

Big things come in small packages, and Ant-Man is no exception. I have been waiting for Ant-Man for the better part of a decade, and I’m pleased to say that the latest offering from Marvel Studios is worth the wait. This pint-sized motion picture is fun, energetic and full of superhero charm.

The only real complaint I have about Ant-Man is that it’s not great enough. In a day and age where we are surrounded by high quality superhero movies and TV shows, especially from Marvel, Ant-Man doesn’t immediately shoulder its way into the top of the pack. But is not being as good as the first Iron Man or Captain America: The Winter Soldier really a complaint?

As a more low key superhero adventure, Ant-Man delivers with humor, action and some pretty amazing special effects. His iconic shrinking super-powers are a sight to behold, and this movie definitely puts the ‘ant’ in Ant-Man. I’m talking insects. They may not be as immediately marketable as the Minions, but the insect armies in Ant-Man are just plain cool.

I kind of wish Ant-Man had taken a little more time to build up the personal relationships between it’s stellar cast — I knew Paul Rudd was perfect for the role! — but perhaps director Peyton Reed was shooting for a tighter movie. He succeeds, because there isn’t an ounce of Age of Ultron bloat in Ant-Man (though some of the Age of Ultron cameos are very exciting!).

Let’s hope the ants go marching one-by-one into the theaters this weekend to make Ant-Man another Marvel hit! Join me after the jump for my full review, which will contain some SPOILERS. So watch out!

END_OF_DOCUMENT_TOKEN_TO_BE_REPLACED

A second, awesome Ant-Man trailer hit the Internet today, and it’s exactly what we’ve all been waiting for! The first trailer was good, but failed to impress everybody. This new trailer is chocked to the gills with special effects, shrinking, and some awesome Ant-Man comedy! This is the movie we all want to see!

I am very excited for Ant-Man. I know Age of Ultron is going to be good. I knew Daredevil would be great. But Ant-Man is the big gamble. A lot of people aren’t too sold on this film yet. But I am going to be its champion! The movie looks great. Paul Rudd is an amazing choice for the main character. Ant-Man is going to ride its underdog status to success!

What’d you think of the trailer? Let me know in the comments!