New this week, Marvel Comics has announced their Outlawed storyline, in which teenage superheroes will be outlawed by the federal government. Oddly, this will lead to a whole new relaunch of a bunch of teen superhero comics, like Champions, New Warriors, Power Pack and potentially more! It’s as if they didn’t even hear the new law!

It’s gonna be a whole thing

I think it’s an interesting storyline idea and I wish Marvel all the best in seeing it through! And it got me thinking about my favorite teen superheroes. There have been a lot over the years, but as I looked over the lists I found online, I realized my own favorites list was pretty small. I discovered that I haven’t really been a big fan of teenage superheroes over the years. I’m a fan of a lot of young adult, early-20s, college-aged superheroes like Squirrel Girl or the Slingers. But teens? It’s a short, tight list!

Join me after the jump for my favorite teenage superheroes! And feel free to share your own favorites in the comments!

END_OF_DOCUMENT_TOKEN_TO_BE_REPLACED

Happy San Diego Comic-Con Week! Once again, I am not at the big event. Someday I’ll get out there. But for now, I’m sitting home and reading comics — of which there weren’t many, at least not on my reading pile.

Still, I got to read a big, exciting issue of Batman, kicking off the City of Bane. And Matt Fraction has returned to mainstream comics with Superman’s Pal, Jimmy Olsen! That’s a hoot! Comic Book of the Week goes to the final issue of Unstoppable Wasp, which is delightful and a good send-off. 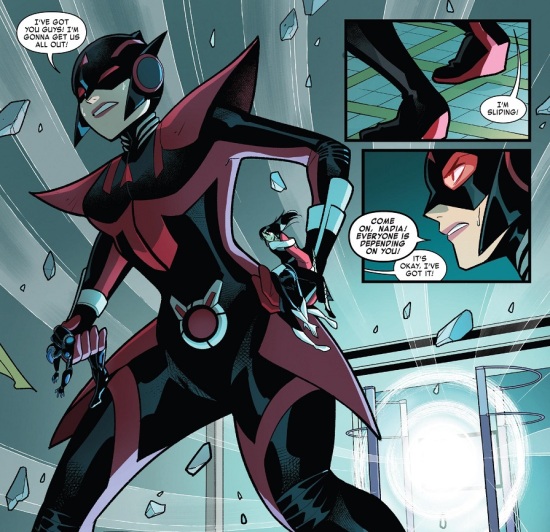 Meanwhile, another horrible mini-era of the X-Men has come to an end and I’m glad. I didn’t read Age of X-Man so it’s not really fair to criticize it, but I’m pretty sure it’s widely regarded as inconsequential. And the much ballyhooed Uncanny X-Men relaunch turned into hot garbage pretty quickly. So many characters were ruthlessly murdered, and for what? I don’t even have the energy to do an entire blog post on the fact that they killed Fake Madrox offscreen in this week’s issue. Just ugh. Bring on the Hickboot!

END_OF_DOCUMENT_TOKEN_TO_BE_REPLACED

New comics! They’ve come out! And I’ve read a couple! Like Batman! And Guardians of the Galaxy! And even Captain America! What a time to be alive.

Comic Book of the Week goes to Go Go Power Rangers: Forever Rangers #1, an oversized issue that didn’t need to be that at all. But here we are. It’s a fun, action-packed issue that promises to kick off more to come! 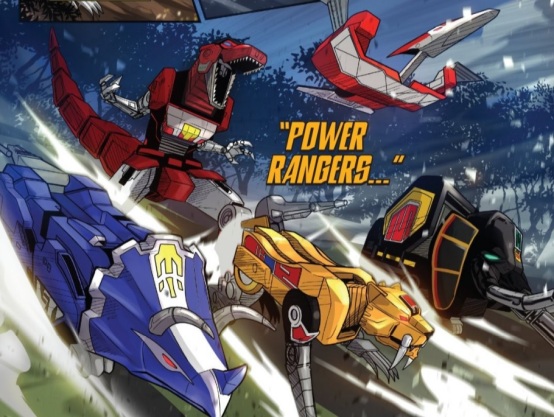 Meanwhile, I dunno, I don’t have much else going on at the moment. What about you peeps? Any new comic recommendations for me?

END_OF_DOCUMENT_TOKEN_TO_BE_REPLACED

Man, there are a ton of really great, meaningful comics this week. Nothing that really got me on the edge of my seat, more like just a bunch of deeply foundational, character-driven comics that really play up with the deep benches these comics have developed. I love that!

Comic Book of the Week was hard to decide, because both Unstoppable Wasp and Tony Stark – Iron Man had such strong issues. But I’m going to give it to the new issue of Runaways, for a wonderful, character-driven issue with a lot of good drama and humor! 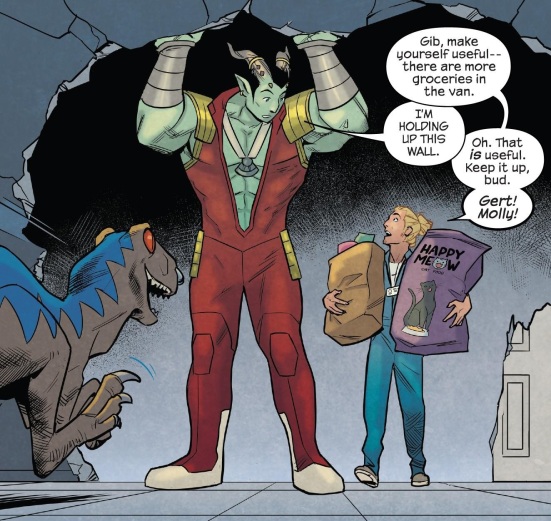 Meanwhile, Unbeatable Squirrel Girl is coming to an end! What a damn shame! Ryan North is ending the comic on his terms because it’s what he wants to do, this isn’t a cancellation. But still. Man. What a total bummer. That comic is brilliant! I’m gonna have to save up and buy all the tpbs just to double own the comic!

Double meanwhile, Tom King is getting kicked off Batman before he can finish his epic story. I’m sorry to hear that! King’s Batman has been my favorite Batman comic in a long time. I think it’s great! I’m always surprised to read online that people don’t like it.

END_OF_DOCUMENT_TOKEN_TO_BE_REPLACED

It’s another one of those magical weeks where all of my favorite comics come out! Squirrel Girl! Unstoppable Wasp! Wonder Twins! How did I ever get so lucky? Well, this week turned out to be a bit of a stinker! But I might just be feeling salty this week for some reason.

Wonder Twins easily wins Comic Book of the Week! It’s not as strong an issue as the previous three, but both Squirrel Girl and Unstoppable Wasp let me down.

A better Hamlet than Hamlet

Meanwhile, I haven’t read one of Marvel’s Star Wars comics in awhile, but I snagged their new Boba Fett one-shot. I’m a big Boba Fett fan, and the issue was fine. A little rough around the edges, but otherwise fan. I do hope we get that movie about him someday…