Why Is Inferno Still a Thing?

In honor of Stan Lee, I’m going to rant a little bit about a concept he had a hand in creating all those awesome decades ago.

Marvel Rising is a new animated franchise starring young and awesome female superheroes kicking butt and being all manner of cool. It stars Ms. Marvel and Squirrel Girl, among others, and will hopefully find much success.

But why the hell is the character Inferno in the cartoon? In fact, why is Inferno still a thing at all? 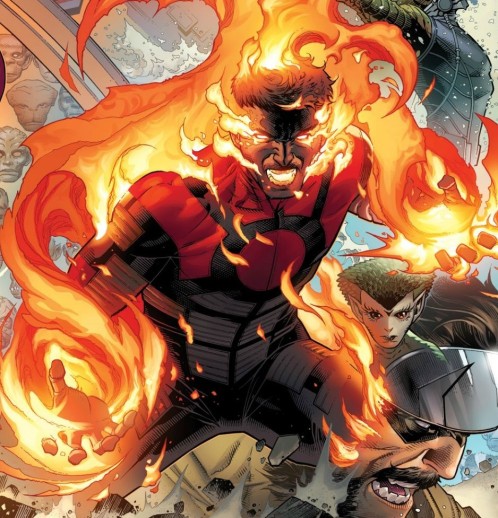 The Inhumans are supposed to have crazy unique powers!

For those who don’t know, Inferno is a young, Inhuman male with fire powers. He was introduced to Marvel Comics a few years ago at the head of Marvel’s Inhumans push, when Marvel was trying desperately to make the Inhumans a thing because they didn’t have the movie rights to the X-Men. You remember that, right? There were dozens of Inhumans comics, they had a big crossover with the X-Men and also a really crappy, very poorly received television show.

And right at the heart of it was Inferno, real name Dante Pertuz. 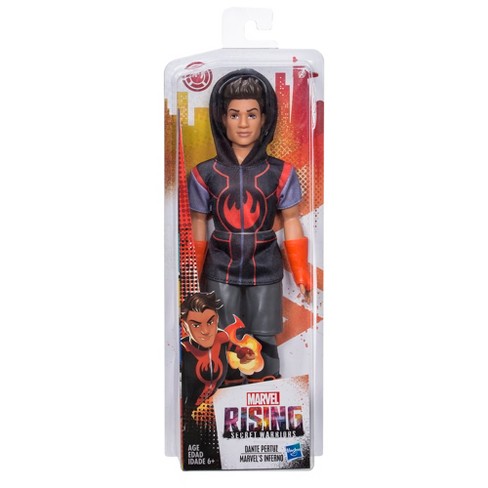 The doll that has drawn my ire

Now, I’ll admit, I haven’t read every single Inferno comic, and maybe he’s this really awesome character and I’m not giving him enough credit. Or maybe I’m completely right, and he’s a worthless, paper-thin nobody with the most basic of fire powers.

Why the hell did they give him basic fire powers?! And then an incredibly basic codename to go along with them? Marvel is home of the Human Torch, the definitive fire powers character in all of popular culture. And just look at that name ‘Human Torch’. It’s so unique, and so unlike modern day superhero naming conventions. Nowadays they’d just call a fire character “Torch” or “Inferno”.

If you’re going to launch a cool new animated series devoted to promoting female characters, and you want to add a couple boys, why do you bypass all the awesome teenage male superheroes at Marvel in favor of Inferno? Is there some vestige of creator at Marvel still pushing the Inhumans? Somebody take cartoons away from that person.

If you want to use Inhumans, how about Mosaic? He’s not doing anything right now.

Remember that Inhumans TV show that’s supposed to be coming out on ABC this Fall? Remember how it stinks? Well, all that stinking made me forget that the show was actually debuting in movie theaters first! And it’s this weekend!

Wild, right? And guess what! Inhumans will be airing at a theater near me this weekend! I think I’m gonna go see it and share my thoughts with you all. Could be fun!

Comic Con has brought us a new trailer for the upcoming Inhumans show, and it’s pure garbage. Like, it’s clearly cut and cued like a professional trailer, but the material is just nonsense and terrible.

Somebody definitely wants to make a great trailer, but it just didn’t work out. The special effects are especially terrible. Can you believe Medusa’s hair in that trailer? Holy cow, that looks terrible! How did they let that see the light of day? And the makeup is bad, too. Triton just looks plain weird!

Inhumans might be the first Marvel project that I think looks bad from the get-go. This isn’t going to turn out well.

I don’t care for the Inhumans comics. And from the looks of this first trailer, I don’t see myself caring about the Inhumans TV show. See for yourself.

Everything looks so…awkwardly wooden. None of the characters really stand out, unless you count Maximus the Mad doing all the shouting. Black Bolt and Medusa look dumb. Lockjaw looks fake. There’s no prestige. There’s just weirdness.

And don’t get me started on not tying into the Inhumans in Agents of S.H.I.E.L.D.