I think I might have been in a bad mood this week. I don’t think I was. I had a pretty nice week. Saw some movies. Did some work. Had lots of good times. But none of the comics this week really spoke to me, not Amazing Spider-Man or Batgirl, and definitely not Doomsday Clock!

Comic Book of the Week is going to be the new Detective Comics, for a big important story, but one I felt got a little too big. Still good, at least. 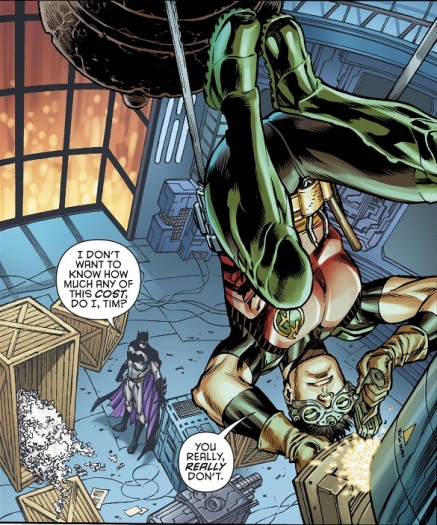 The best Batman and Robin

END_OF_DOCUMENT_TOKEN_TO_BE_REPLACED

This was not a great week to be a comic book fan! Don’t get me wrong, there were a lot of good comics this week, but there was a flood of cancellations are Marvel. Both Iceman and Hawkeye, two of my favorite Marvel comics, are getting the ax by March! That’s disappointing. But I’m used to good comics getting cancelled these days. It’s the nature of the business.

Fortunately, we’ve got some solid, non-cancelled comics this week! Ms. Marvel is back, and if we ignore the renumbering, we’re apparently at the 44th issue! That’s practically a record for a new comic in this day and age! And it’s still a great series! But Comic Book of the Week goes to an absolutely fabulous issue of Tom King’s Batman, with a focus on his friendship with Superman! 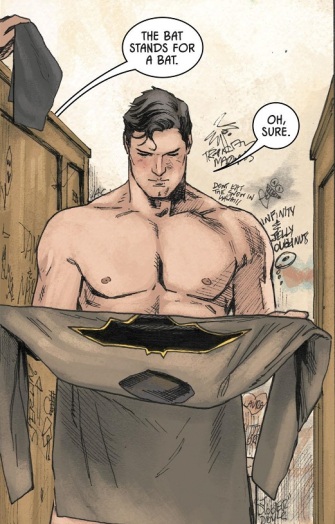 This week also saw the release of the latest issue of DC’s big Metal event. I can’t say as how I’m a fan. It’s a big, crazy mess of insanity, with a scope that I don’t think the book is handling well. Batman and Superman literally visit the forge of all creation in this issue. It’s nuts! Maybe this story would feel stronger if continuity mattered anymore, but Metal seems to be rewriting DC continuity on the fly to fit its story.

END_OF_DOCUMENT_TOKEN_TO_BE_REPLACED

The New Cast of the Fantastic Four!

The new Fantastic Four movie got a little bit closer today with the announced cast: Miles Teller as Mr. Fantastic, Kate Mara as the Invisible Woman, Michael B. Jordan as the Human Torch and Jamie Bell as the Thing. The only one of the four I’m all that familiar with is Kate Mara, and I’ve liked what I’ve seen. I saw Jordan in Chronicle, and Jamie Bell in The Eagle, and I’m pretty sure both were good. So I am definitely confident about this quartet!

The Hollywood Reporter says they’re all close to closing the deals, so they’re all pretty much a sure thing.

Obviously, of note is the fact that the the new movie is going to make the Human Torch black. But who gives a flying poop? I am no comic book adaptation purist. If the new creative team has some new ideas, then I’m all in favor of trying them out. The only thing that annoys me is when the creative changes miss the point of the characters in the first place, like the altered origin for the Punisher in the Thomas Jane movie.

I am all for cosmetic changes to the Fantastic Four. Look at the first films; did making Jessica Alba a blonde help or hinder the movie? And Reed Richards absolutely does not need those stupid white tufts of hair at his temples. I definitely support creating a younger Fantastic Four for the new reboot.

The director is going to be Josh Trank, who directed Chronicle. That was a fun film, so I have faith enough in him to pull this off. And anyone interested in more of my thoughts can check out this previous List of Six of things I’d like to see in the reboot. The list is more than a year old, though, so some parts of it might not hold up. I think it’s still a solid blueprint for a good reboot, but of course I would think that.

What do you henchpersons think about the new cast? And the reboot itself?