Snake Eyes: G.I. Joe Origins is due in theaters this weekend. I’m going to go see it, because my movie theater is open, I’m vaccinated and the crowds haven’t been too big (other than for Black Widow). Will it be good? Yeah, maybe! Will it kick off a whole new G.I. Joe franchise built around Henry Golding’s Snake Eyes? God willing!

I have mellowed a bunch in my old age and it doesn’t bug me as much that we both see Snake Eyes’ face and he talks in this film. That’s fine. Maybe by the end he’ll be the traditional masked mute, but I wouldn’t die if that didn’t happen. I’m hoping this is good and a new franchise is possible. Why not? What else are we saving G.I. Joe for? Military-based action movies are a dime a dozen. Why not have a franchise where all of the gruff military dudes are unique, wacky characters? And of them is an awesome, masked ninja?

Snake Eyes: G.I. Joe Origins will be in theaters on Friday and this weekend!

Beyond all common sense, we’re getting a solo Snake Eyes movie as part of some larger G.I. Joe Origins branding. Don’t get me wrong, I love Snake Eyes as much as the next 80s kid. But after two relatively failed big screen G.I. Joe movies, it feels weird to randomly get this Snake Eyes film out of nowhere.

What about the rest of the Joes?

For all I know, this Snake Eyes movie might be a huge hit. Maybe everybody loves the ninja action and the cool black costume and this kicks off a whole new G.I. Joe franchise. The movie does feature the likes of Scarlett and the Baroness. Maybe Snake Eyes: G.I. Joe Origins will be the start of an entirely new cinematic universe. And we’ll get a bunch of Origins movies before building to a united, rebooted G.I. Joe! Stranger things have happened.

So what the heck! Let’s have some fun reminiscing about the 80s! Join me after the jump for six other G.I. Joe characters who could use Origins movies.

END_OF_DOCUMENT_TOKEN_TO_BE_REPLACED

The Snake Eyes Movie is a Gamble

Man, I just don’t know what to make of the upcoming Snake Eyes movie. I’ll grant you that I haven’t been connected to G.I. Joe canon since the 1980s, so how really knows what makes that franchise tick in the 21st century. But is this it? Is this really it?

It’s a clear ninja warrior movie…but peppered with various characters and references to the wider G.I. Joe universe. But does those connections work? The trailer namedrops “COBRA” but never mentions G.I. Joe. And then Snake Eyes’ pretty face is all over the place, and even though he talks, he still has very little to say.

Snake Eyes: G.I. Joe Origins is going to be a weird, weird ride when it hits theaters on July 23.

The 6 Most Utilitarian G.I. Joes

G.I. Joe was one of my favorite cartoon/toylines in the 1980s, second only to the Teenage Mutant Ninja Turtles. I loved all the unique Joe soldiers, their epic battle against Cobra and all those wonderful toys! The Rolling Thunder was my pride and joy, though a cousin of mine had the Defiant Space Shuttle Complex, and I was quite jelly. 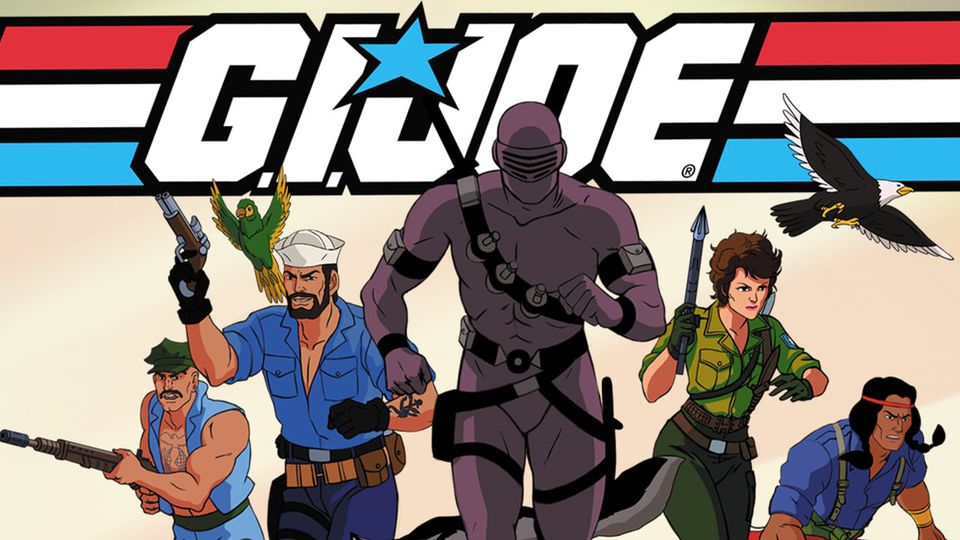 So many Real American Heroes

While doing my usual internet surfing recently, I came across a bunch of lists of the weirdest G.I. Joe characters — as one does. And while reading those lists, I came up with one of my own, one far more interesting: utilitarian G.I. Joes. Not everybody can be a silent ninja or a bazooka master or a deep sea specialist. Sometimes there at G.I. Joe members who serve a pretty ordinary and boring function, one not necessarily suited for laser warfare with international snake-themed terrorists.

END_OF_DOCUMENT_TOKEN_TO_BE_REPLACED

Posted in Lists of Six!, Toys

6 Joes That Should Appear in the Next G.I. Joe Movie

I saw G.I. Joe: Retaliation this past weekend, and I rather enjoyed it. The film had a lot of great action, a good story and some fantastic characters. And that’s half the fun of G.I. Joe, right? Awesome characters? Or maybe they’re the other half of the battle…Anyway, if you were a kid in the 80s like me, then G.I. Joe was one of the coolest cartoon/toy combinations available. There were dozens, if not hundreds, of unique, individual characters, each with their own awesome style. Not to mention amazing vehicles, playsets and more. Does anybody else remember the Rolling Thunder?

Hells yeah, you do!

The Joes have a deep bench of characters, which might explain why the cast in G.I. Joe: Retaliation is almost completely different than in the first Joe movie (with the exception of Snake Eyes, of course, who we all know is the best G.I. Joe). Or maybe they just wanted to distance themselves from The Rise of Cobra. Either way, we can almost guarantee there’s going to be a threequel, which means more Joes! Here are the six classic G.I. Joes that I think would be great for the big screen.