Cyclops Was Right Yet Again, Let Me Count the Ways

For the past year of X-Men comics, the once glorious Cyclops has been hailed as nothing short of the next Hitler. He’s been on this trajectory for awhile now, but comics took an 8-month jump at the beginning of the year, and everybody was very hush hush that not only had Cyclops died, but he died doing something absolutely horrendous to the Inhumans.

Well the big mystery was revealed in the conclusion of Death of X last week, but all that it revealed was that Cyclops is a true hero, now and forever.

I don’t know what the heck Marvel is doing. Either they don’t understand what it means to be a super-villain, or this is the greatest long con in superhero comics history. Part of me is leaning towards the latter.

Join me after the jump for the latest revelation, as well as all the reasons why Cyclops has been right for years. I really do think Marvel is toying with us.

END_OF_DOCUMENT_TOKEN_TO_BE_REPLACED

I haven’t been reading X-Men comics for awhile now, and I’m pretty sure the first issue of Death of X is going to be another nail in the coffin. I haven’t been reading any X-Men comics since the last big shake-up, when it was revealed that the Inhumans’ Terrigen Mist was killing mutants and only a handful of X-Teams were still around. I don’t know why, but I just didn’t really connect with any of the current comics. And none of the characters have particularly interested me.

But today saw the release of Death of X #1, the new mini-series that’s going to explain what happened to cause a war between mutants and Inhumans. The story is supposed to tell us what happened to Cyclops and how he died…but it’s another death that hits much harder. 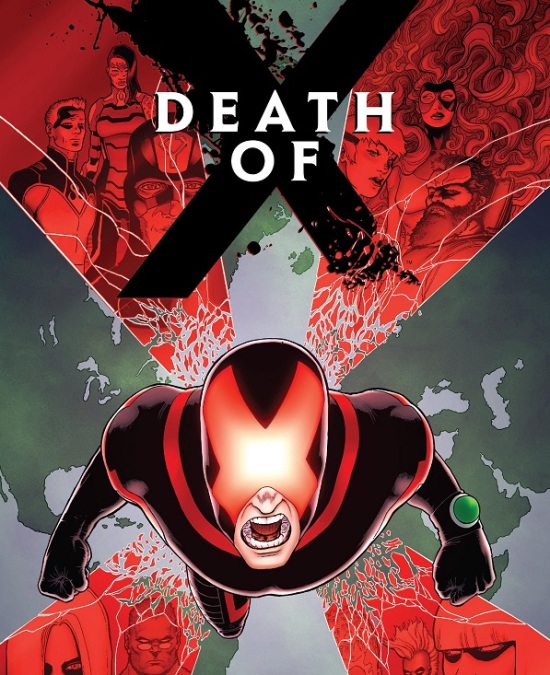 Death of X is a fine enough issue. It’s well-written, the art is fantastic, and the storyline could be something interesting.

But I knew from the very first page that I wasn’t going to be happy with this issue…and my worst fears were confirmed as I kept reading. Because ‘Death of X’ does the exact thing I’ve been afraid of for three years…

MAJOR SPOILERS for Death of X after the jump!