**Avengers: Endgame and Spider-Man: Far From Home SPOILERS to follow**

With the release of the new Spider-Man: Far From Home movie trailer, Marvel seems to be hinting that they’re going to start using the Multiverse in their Marvel Cinematic Universe. First of all, I don’t believe it, considering Mysterio is the one introducing the concept. Second of all, a lot of people online seem to think this is how Marvel will introduce the X-Men and Fantastic Four into the main MCU.

Bringing alternate reality versions of the X-Men and F4 into the main Marvel movie universe is a weak cop-out, especially since both teams can be introduced naturally within the existing world framework. 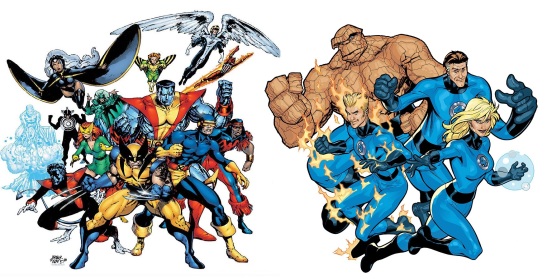 These are just some ideas I’m kicking around in my head. Considering this is my blog and I don’t have any corporate overlords or advertisers pulling my strings, I can write whatever nonsense I want to write. And today, I want to share my ideas for how to organically introduce the X-Men and the Fantastic Four into the existing Marvel Cinematic Universe, especially in the wake of Avengers: Endgame.

Join me after the jump for my ideas! And beware of Endgame spoilers!

Mutants have always existed in secret. Limit the number of mutants as having existed, and set up that Professor Charles Xavier has been secretly running a school/commune at his property in Westchester. Using his vast mental powers, he does what he can to keep mutants a secret, sheltering those who willingly accept his help and erasing memories of those who would do harm to mutants.

Exactly like how the Men in Black keep the existence of aliens under wraps. 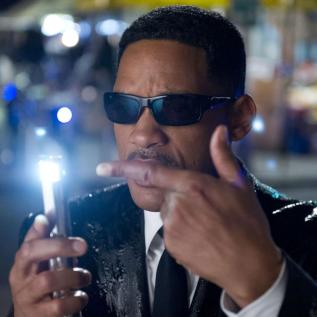 Look at the flashy thing

The X-Mansion is not a school for superheroes. There are no costumes and/or superheroics. Xavier is not training these mutants to “protect a world that hates and fears them”. He’s simply giving them a safe space to live and learn how to use/control their powers. And he’s been successfully keeping them a secret for a very long time.

Among the people who’s memories he has wiped is his old friend Magneto. Xavier has him in some prison somewhere, his memory erased and his powers suppressed, and the guards/warden also altered to keep Magneto alive and well, but unable to harm anyone.

That’s how mutants have existed in secret all this time, in the background of the MCU.

And then we use the Snap and the ensuing 5 years to launch their proper arrival.

Not all of them will make the cut

We say that Xavier was one of the people snapped, leaving his school in disarray as his surviving students did their best to carry on — but obviously none of them could keep mutants secret like Charles could. Likewise, Magneto survived and regained his memories and escaped prison. And he’s savvy enough to stay a secret while he collects himself and figures out his next move. Among those moves is getting his helmet, which blocks Xavier. So when Xavier returns with everyone else in Endgame, he can no longer find Magneto.

Likewise, the biological impact of the Snap has kickstarted the mutant gene. Like, the human race biologically recognized that something had happened and so the mutant gene started to show up more often. More and more babies born during the 5 year time jump are becoming mutants. And since mutant powers tend to develop at puberty, a lot of time can pass before mutants start showing up en mass. But we get enough babies and toddlers displaying early powers that it starts to become a real concern. And then those mutants who have existed start getting exposed. And there’s a huge backlash from the public. They were perfectly fine when normal human Tony Stark invents a suit of armor, or when normal human Steve Rogers took a serum and became a symbol of America, or when the mythical Thor showed up; but people born with super-powers? Trying to replace humans? Bigotry and hatred will not let that stand! 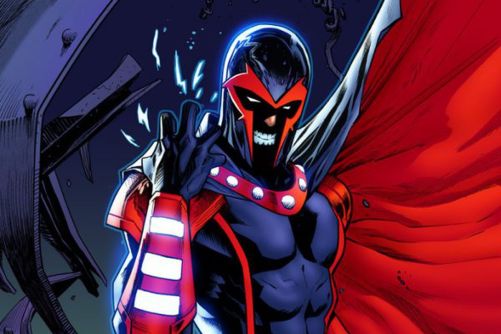 And that’s when Magneto makes his move, creating a very public spectacle to show off the power of mutants and gather the newly exposed and hated mutants to his cause. And then it’s up to Xavier’s students to follow the example of the Avengers and come up with costumes and code names to take care of one of their own.

From there, you’ve got a team of X-Men established, some villains established, and a growing world of both new mutants and open hostility from humans. That’s when the X-Men grow into the group that “protects a world that hates and fears them” in preparation for the sequel.

As for initial team lineup, that’s a tough one. There have been some solid comic lineups, but at the same time, I wouldn’t want to just repeat the movie rosters. Mystique is definitely out. And the battle between Xavier and Magneto would not be the focus. I would save Wolverine for either the post-credits stinger or a separate movie, leading into the X-Men sequel. I would be really iffy about using Beast and Colossus, considering their heavy use in recent years. Iceman would make for a great, prominent LGBTQ character; more so than Northstar, who would be too close to Fox movie Quicksilver.

I think I might actually do a whole separate article on my dream movie X-Men lineup. 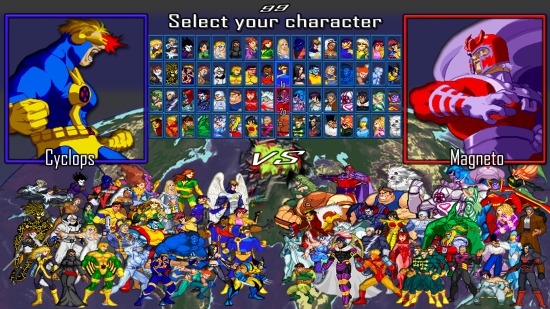 All credit to MrJechgo on DeviantArt

At any rate, to sum it up: Mutants have been around in low numbers and in secret for decades because of the work of Charles Xavier, who uses his immensely powerful mind to wipe memories. He’s running a school/safe haven for mutants at his compound in Westchester and he has Magneto under wraps in prison. Then Thanos snaps his fingers, which both erases Xavier and jumpstarts the biological imperative in humans to start producing more mutants. In the years following Endgame, more and more mutants are born and revealed, the world starts turning against them, Magneto escapes and makes his big, public move and some of Xavier’s teachers and students decide they have to be the ones to stop Magneto.

The members of the Fantastic Four have always been around, they just haven’t been superheroes.

Do you know the names of the world’s leading scientific minds right now? I sure don’t! So it is perfectly reasonable, I think, that a genius like Reed Richards has been around and doing his thing for years without anybody really noticing or caring. Maybe he’s won the Nobel Prize. Maybe he’s got a big lab with lots of research grants. Maybe he’s been focused on one specific field. None of these things are widely known to the public at large in our world, so why should they be a big deal in the real world?

Reed Richards wasn’t putting his name on the sides of buildings, so nobody really cares. 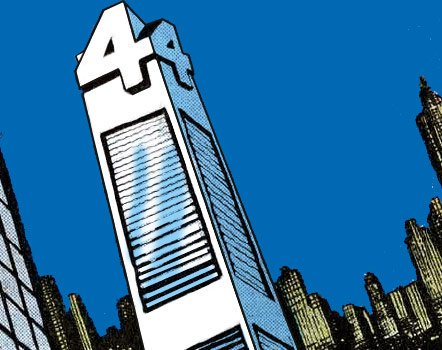 He didn’t even rename the Baxter Building

Then we get the mess of Infinity War and Endgame. Reed survives the Snap; heck, all four of them do. And they now live in a world where scientific advancement doesn’t mean anything. All of Reed’s grant money dries up, so he can’t work on the specific stuff he was working on — but now he’s got the freedom to do whatever he wants. So Reed’s work starts branching out in a million different directions. And then everybody comes back, and the world is trying to rebuild without the genius of Tony Stark.

So in his hubris, Reed Richards decides he’s going to be the next Tony Stark.

He’s had a taste of creative, scientific freedom and he doesn’t want to go back to building the next Large Hadron Collider anymore. He wants to do something bigger. And with Iron Man gone, that something bigger involves protecting the Earth from future threats like Thanos. But controlled experiments into super-powers are a big no go from the government and any scientific bodies. So Reed is forced to take his work underground, using himself, his wife, his best friend and his brother-in-law as guinea pigs.

The experiment goes awry, especially for Ben. And now Reed feels guilty that his work has done this to his loved ones. But at the same time, these powers sure would be useful to stop the menace of Doctor Doom! Or Galactus! Or Annihilus! Whoever. 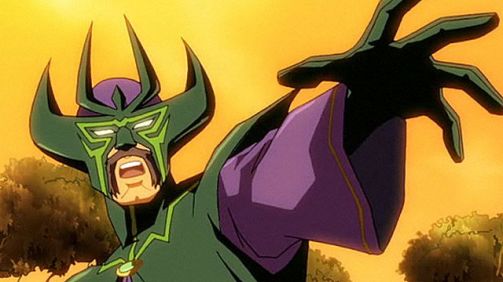 It will be Diablo’s time to shine!

To sum it up: Reed Richards, Sue Storm, Johnny Storm and Ben Grimm all already exist in the Marvel Cinematic Universe, it’s just that none of them are superheroes. Reed is some big brain scientist working in a lab somewhere that the public just doesn’t care about. Maybe Johnny is a popular race car driver or a low level movie star? I dunno, something that wouldn’t have come up in any previous movie. Sue could be Reed’s wife, but she’s also working quietly in some field somewhere. Ben could be a pilot. Anything.

But after the Snap, and the loss of Tony Stark, Reed decides to step up and start manufacturing heroes instead of just hoping a random assortment come along by coincidence. His experiment goes awry and his loved ones get crazy powers, but that’s still enough to take on whatever threat rears its ugly head!

What do you think? Any good? How would you bring both teams into the MCU? Let me know in the comments!