← Who Needs More Thor Movies?
Everybody Lives! (At Least the Characters I Care About) →

6 Thoughts On The LEGO Batman Movie

I’m not going to call it the best Batman movie ever made, but Yeehaw, The LEGO Batman Movie is a hoot! Fun, funny and full of Batman-themed hijinks and Easter Eggs, the new sequel is mostly everything you could want from a follow-up to The LEGO Movie — and we’ve still got a proper sequel to that coming down the line!

The LEGO Batman Movie is quality Batman entertainment on a level we just don’t get to see very often. That makes it something special indeed.

The bar has now been set pretty high for the rest of the year full of superhero movies. It’s not insurmountable, but The LEGO Batman Movie was still a blast! It was so good, and I do so enjoy this style of humor, that I’m even considering watching their upcoming Ninjago movie. Hopefully the party doesn’t stop anytime soon.

Join me after the jump for my review of The LEGO Batman Movie! 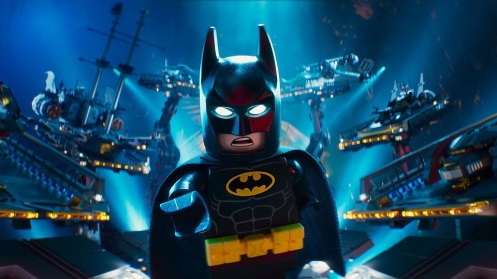 Seriously, I can’t say this enough. This was just a fun film, both in terms of comedy and great storytelling. The jokes are a mile a minute, and they’re right up my alley. From the extended bit of Batman calmly microwaving his lobster thermidor to the riffs on all the hilarious classic Bat-villains to the way animated Bane sounds like Dark Knight Rises Bane. It’s hilarious.

But it’s also a great story, too! It takes the typical dark, loner Batman model and teaches him what it means to have a family and allies. It’s a classic Batman tale with real emotional weight, not just the rigid Batman defeating the latest super-villain. How many times to Batman movies delve into these kinds of emotions?

Will Arnett, who voices Batman, was already a spectacular pick in The LEGO Movie. He’s just a damn great voice actor. Have you seen BoJack Horseman? Why not?! He’s great. The rest of the casting is wonderful, too! Michael Cera was fantastic as Robin in ways that make me wish he could play Robin in a live action movie — maybe. He brings such an innocent and heartfelt wonderment to the character. And Zach Galifianakis was sublime as the Joker. He’s not the maniacal Mark Hamill Joker, nor should he have been. Galifianakis brings a new Joker to the table and it works perfectly for the dry humor parts of the movie. I’m also a bigger and bigger fan of Jenny Slate, who was another perfect pick as Harley Quinn!

The actors in this movie were on point!

This is definitely a movie built with the pause button in mind. A couple different websites have tried cataloguing all the Easter Eggs so far, and more power to them! There were so many! And how do you define an Easter Eggs? What about direct references to awesome Batman history and lore? Those are all over the place! The freedom of the LEGO setting allowed the creators to reference and celebrate nearly every aspect of Batman. You’re not going to get that sort of love from whatever Ben Affleck ends up making.

4. I wasted too much time looking for Catman

This is on me personally, so it’s not a knock against the film or anything. I love me some Catman. I have already bought his LEGO mini-fig, and it looks astoundingly cool! Catman appears in The LEGO Batman movie, and every time there was a big group shot of the villains, I kept looking for him. I also kept waiting for the movie to make the joke that Catman looks exactly like Batman, all gritty and serious, but they didn’t! I probably should have just stopped worrying and enjoyed more of the movie.

3. Not as good or as funny as the original LEGO Movie

The original LEGO Movie was a masterpiece. I went in expecting just a fun, LEGO-themed animated movie. I came away with a movie that touched my very soul, on a really personal level. Not only was it hilarious, but the message of ‘how we play with our toys’ was one I took to heart, considering my continued love of LEGO well into adulthood. The fact that I’ve seen the movie a dozen more times since has dulled it slightly, but it’s still a masterpiece.

And The LEGO Batman just isn’t as good.

Not a true knock against the movie, but it just doesn’t live up to the transcendence of The LEGO Movie. It’s not as funny, not as creative and the message isn’t as touching or wonderful. Maybe if The LEGO Movie didn’t exist, The LEGO Batman Movie would be the masterpiece. But this Bat-sequel will forever live in the shadow of its better, greater forebear. 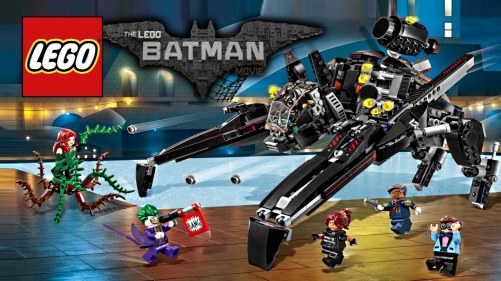 I was already a huge LEGO fan, especially of superhero LEGOs. After watching this movie, I want to buy so much more! Did you see that new Scuttler vehicle?! It’s like a real bat that walks on its wingtips, with a cockpit in the head! It’s like a bat zord! I want that Scuttler LEGO! And did you know that Clayface is now a giant LEGO model?! Come on! That one is on the cheap side, too. I’m definitely getting that Clayface LEGO. It helps that Clayface was voiced by Kate Micucci in the movie, which is just plain cool. Also, somewhere out there, Kite Man has a LEGO mini-fig now. That is something truly special.

1. Probably the best Robin movie I’m ever going to get

At some point, I’m going to have to make peace with the idea that I’m probably never going to get a great Robin movie from any DC Cinematic Universe. Robin was dead in Batman v. Superman, and it seems like DC is just going to forge ahead with this cinematic world for the foreseeable future. I will always get my hopes up that this mysterious Ben Affleck Batman movie that’s knocking around will involve an awesome Robin in some way, but that’s probably just not going to happen. 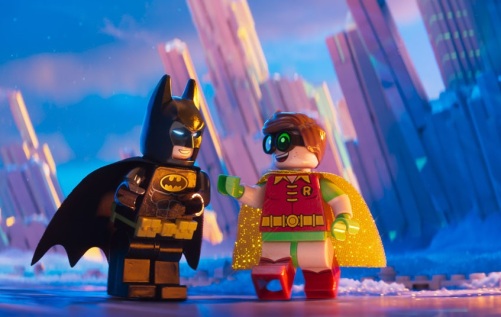 The Dynamic Duo on screen for probably the last time

And the movie gives Batman and Robin a story arc. Robin is key to Batman accepting a new family in his life, not just because Robin is such an awesome kid, but also because there’s a  reverse moment where all of Batman’s bad influence rubs off on Robin the wrong way. The relationship/partnership between the two characters has multiple levels, and it all comes together in a solid, dramatic, and kickass climax.

For reasons that are probably obvious, Robin just seems to work better in cartoon form. As much as I may desperately want a really awesome live action Robin movie, The LEGO Batman Movie is probably the best I’m ever going to get. And I need to learn to be OK with that.

← Who Needs More Thor Movies?
Everybody Lives! (At Least the Characters I Care About) →