Comic Book of the Week goes to Marauders #21 for a nice introduction to the Hellfire Gala. It isn’t the highest rated single issue this week, but it had some really fun moments, kicked off a major event I’m very excited about, and it brought Rhapsody back to comics. That’s all win win for me!

Meanwhile, Heroes Reborn continues to be a ton of fun! It’s still this glorious Amalgam throwback and I am here for it. I also wrapped up Mare of Easttown on HBO and it was a really good detective/mystery show. Kept me guessing and it features a lot of great characters and character work. Definitely recommended.

END_OF_DOCUMENT_TOKEN_TO_BE_REPLACED

Happy Thanksgiving, American friends! The holiday isn’t until Thursday, but this feels like a good time to say something nice about Thanksgiving. Be safe. Wear your mask. Social distance. Do all that good stuff.

Against my better judgement, Comic Book of the Week goes to X-Force #14, due entirely to lack of competition. None of the other comics I read this week were as fun.

Meanwhile, I skipped the newest issue of Spider-Woman. Not much happened. And I’m still enjoying Spider-Man: Miles Morales. Oh, I know! I got around to watching a Hulu show called Dirk Gently’s Holistic Detective Agency and it’s very fun! Highly recommended.

END_OF_DOCUMENT_TOKEN_TO_BE_REPLACED

Welcome, everyone, to my second work vacation of the year! Since I didn’t take any time off while working from home during quarantine, I’ve got all my vacation time saved up for the final few months of the year. Not that I plan on doing anything interesting with my time. Reading a bunch of X of Swords comics, apparently.

Comic Book of the Week goes to Batman #100 for a big, exciting Batman adventure. Gotta love some of those.

Meanwhile, holy cow, have you been watching Star Trek: Lower Decks? I know it’s only available on CBS All Access, and only in the U.S., but jeez louise is it good! The season finale is insane! Hopefully they make it available on another service more accessible to the public. Harley Quinn didn’t really take off until it went to HBO Max!

END_OF_DOCUMENT_TOKEN_TO_BE_REPLACED

I think Multiple Man Has a Freaky New Costume

Multiple Man is my all-time favorite comic book character. After a rough couple of years, during which he was unceremoniously killed and replaced by a poorly written duplicate, I’m fairly certain that he’s back among the living on Krakoa with all of the other mutants. Several months in, Jamie Madrox hasn’t actually appeared in any active scenes or had any dialogue in Dawn of X, but we have had at least one flashback appearance…during which a couple dupes were horribly murdered.

I think Multiple Man has made another appearance in the new Wolverine #1…but I don’t have any confirmation other than this dude just looks like Multiple Man…if Multiple Man was given a freaky new costume. 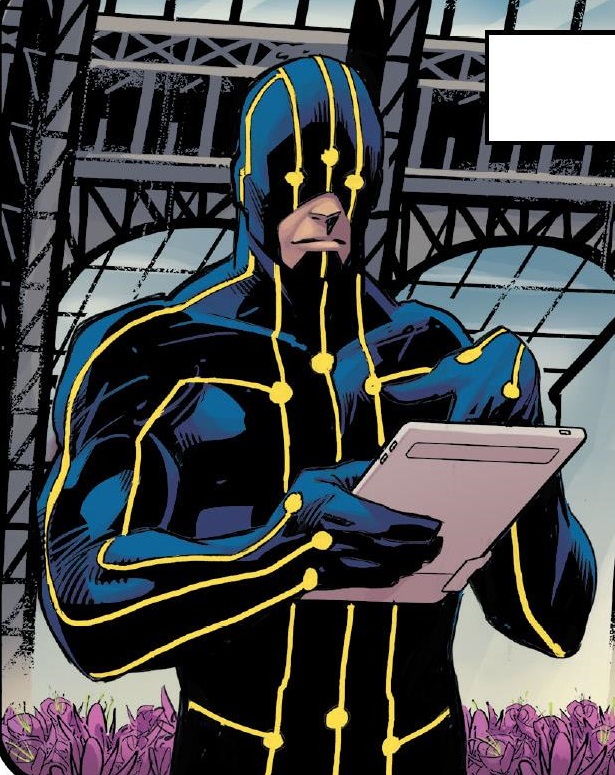 This character isn’t named and doesn’t speak. He just appears in this single panel.

But here are my clues:

1.) This looks like a Multiple Man costume. It’s new and freaky, to be sure, but dark blue body suit with yellow lines and dotes and a full-head covering are signature to a classic Madrox costume.

2.) There are others. In this scene, this character is looking over some of the Krakoan flowers. And the camera does show other figures doing the same thing…but the camera is too far away to see any details. So either a bunch of different people in dark outfits are looking over flowers, or they’re all the same guy in this costume.

3.) The writer is the same. Benjamin Percy wrote Wolverine #1, and he also wrote X-Force #4, which is the issue where the Madrox dupe was killed that I linked to above. So if Percy used Madrox in X-Force, it stands to reason he might throw in another Madrox cameo in Wolverine.

Look, I’m just a guy who likes Multiple Man and wants to see him with a proper appearance in Dawn of X. And if it takes a freaky new costume to make that happen, so be it! I kinda like the costume.

Though it could use a trench coat…

Multiple Man is on Krakoa…and is Instantly Killed!

Welp, I finally got my Madrox sighting in Dawn of X! Jamie Madrox the Multiple Man, my favorite character in all of comics, has made his first appearance as part of the big X-Men relaunch in X-Force #4.

Where he’s promptly killed. And is shown to be wearing his dumb original costume. 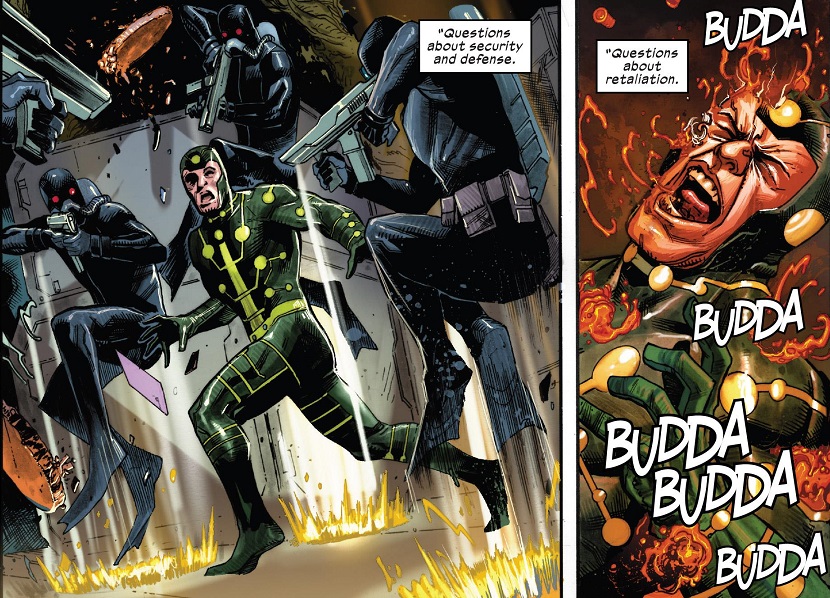 Thankfully, that’s just a duplicate. There’s dialogue in the rest of the issue stating that Jamie Prime is still alive. We don’t get to see him, but I’ll take what I can get. Multiple Man is back!

But seriously, what’s with the old costume? When Multiple Man was leader of X-Factor, with Peter David writing, that comic ran for 100+ issues! When was the last time an X-Men comic ran consistently with the same creator for that long? PAD made that comic work, and Multiple Man is a hugely popular character!

Why the hell would you ignore the past decade of Jamie Madrox character development by putting him back in that old costume? And why keep killing him?!

I’m just not allowed to have nice things. Though this issue also mentions Shortpack, another favorite obscure mutant of mine who didn’t make my list, but is fun to see regardless!