← So, uh, We Might Not Have Comics Anymore…
Let’s Brush Up Our Green Lantern Knowledge In These Trying Times →

So who else should make the jump from cartoon to live action Star Wars? 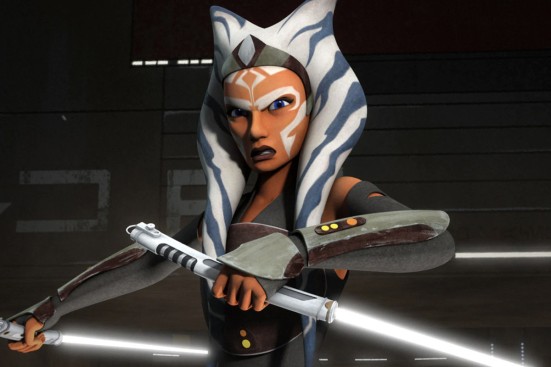 This is all about synergy. Obviously the Star Wars movies are incredibly popular, but there’s an even bigger world of bonus cartoon and comic material churning away under the Disney umbrella: The Clone Wars, Rebels, Resistance, a whole heck of a lot of Marvel comics, even more novels, and a video game or two. Before this upcoming Ashoka appearance, we already had Saw Gerrera jump from The Clone Wars to Rebels to the film Rogue One. As a Star Wars fan, this sort of thing is thrilling, and I want to see more of it!

As a rule, I’m going to restrict my list to characters who have appeared in Disney products. There are a million Legacy/Expanded Universe characters out there, and Disney is not likely to use them. So I’m going to limit my ideas to six in-Disney-canon Star Wars characters that I want to see make the jump into full-on live action, whether it be in a new film, The Mandalorian or one of the other upcoming live action projects!

Join me after the jump! And feel free to share your hopes and dreams in the comments! 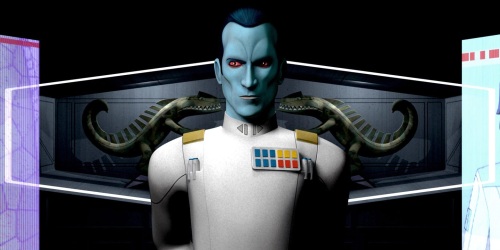 He earned all those badges

Here is one exception I’m happy to make on the one rule I put in place for myself, because it still works within my rules! Grand Admiral Thrawn was created for a series of Expanded Universe novels way back when the Expanded Universe was just a baby. He’s a cold and ruthless alien who went to work for the Empire and rose to the rank of Grand Admiral. Because he was so popular among fans, Thrawn was plucked from the discontinued Expanded Universe and brought into the new Canon in Star Wars: Rebels, where he made for an awesome antagonist. One great thing about Thrawn is his desire to study his enemies instead of just wiping them out. He makes a point to study their art, in fact, in order to better understand his foes. It’s a really neat character trait. Thrawn would really add some character to the normally boring and straight forward Imperial leadership.

Never got to team up with Darth Maul

This one is a gimme. Asajj Ventress has been around for years and feels pretty established, but she’s still only ever been a cartoon character. The world of live action needs more badass Dark Side women, and she would be the best choice rather than invent someone new. Let the rest of the world embrace her utter coolness. Granted, she’s really only alive during the prequel era, so you’d have to make shows or movies set during that time…but it could happen!

Don’t you want to know where he got that scar?

Surprisingly, there’s only one really famous Wookiee from Star Wars. Despite Chewbacca being one of the most popular fictional characters of all time, Star Wars hasn’t really offered any other major Wookiee characters — so let’s give Black Krrsantan from the comics a bigger role somewhere! Black Krrsantan is a big, scarred, black-furred Wookiee mercenary villain! Getting him into a wrestling match with Chewbacca would be great! Or just use him as a general henchman for some villain in some upcoming movie or show. Cassian Andor is getting a live action show coming up, and Black Krrsantan is in that same era! Make it happen!

All our hopes now lie with her…

I will never be done tooting the Roo-Roo Page clarion call! She’s my great new Star Wars hope. If any other Jedi are revealed to have survived Order 66, I want it to be Roo-Roo Page. I am so done with straight, white, male Jedi. Give me a really young, female Gungan trying to make her way in a world without the Jedi to guide her in the use of the Force. Roo-Roo was a Force-sensitive baby in an episode of The Clone Wars. She hasn’t been seen or heard since, so the possibility exists that she could be used anywhere. The world is ready for a Gungan Jedi. The world is ready for the Gungans to be redeemed! 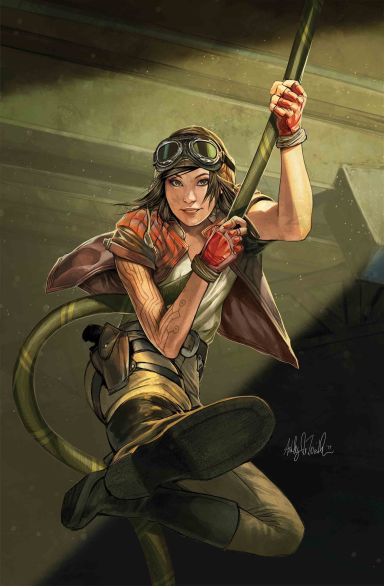 I need her action figure!

If you haven’t been reading Marvel’s Star Wars comics (and I’ll admit, I haven’t for a while), they introduced a pretty fun character named Doctor Aphra. She’s a scoundrel archaeologist hired by Darth Vader to help him with his various schemes in the Original Trilogy timeline. She survived his employ and was spun off into her own ongoing comic series, where she continues to have adventures as she stays out of sight of the Dark Lord of the Sith. Aphra is joined by two other breakout characters: the droids O-O-O and BT-1, murderous versions of C-3PO and R2-D2. Bring all three into some kind of live action adventure and you’ve got yourself some new popular characters! She also frequently works with Black Krrsantan, so that’s two characters on my list for the price of one!

Hera is probably my favorite new character from Star Wars: Rebels. She’s the badass mom of the group, and by the end of the show — SPOILERS — she becomes a mom for real, so that’s cool, too! Aside from being just an all-around cool character, Hera would provide a lot of nifty firsts for Star Wars in live action. She would be the first live action Twi’lek with an actual role in something instead of just being a background character. She would be the first young mother with a young child who was a main character. And she’d be the first real instance of an interspecies child, a question that Star Wars has largely ignored until Hera and her boy toy human had a baby! That’s just neat! Couple all of that with the fact that Hera was alive and active during the Original Trilogy timeline, there is so much potential for her to have a real role in something awesome.

← So, uh, We Might Not Have Comics Anymore…
Let’s Brush Up Our Green Lantern Knowledge In These Trying Times →