Spider-Woman is Getting a Hip New Costume, Again!

Once upon a time in 2014, Marvel announced that classic comic book character Spider-Woman was getting a hip, new costume redesign. I’d never been much of a Spider-Woman fan, but I loved the redesign and decided to write about it for this humble blog.

Little did I know that the ensuing Spider-Woman comic would not only become one of my favorite comics of the decade (full list coming next week!), but that this humble blog would get quoted on the cover! I loved that Spider-Woman comic!

So my hopes are getting even higher now that Marvel has revealed yet another hip, new costume redesign for the upcoming Spider-Woman comic! 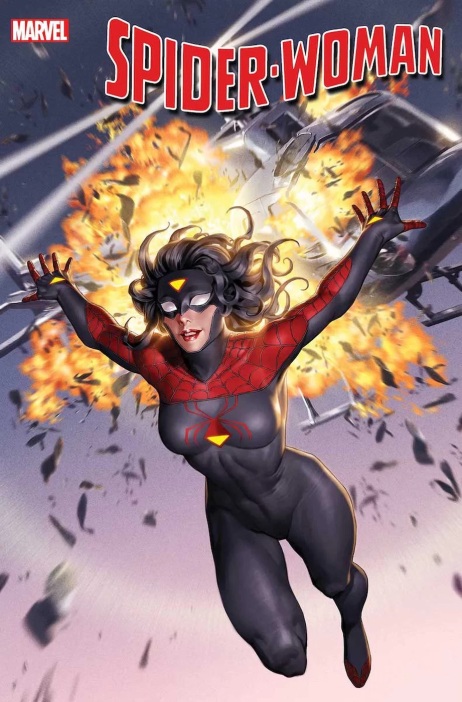 I like it, though not as much as the previous redesign.

It’s sleek and cool, and very modern. But I’m torn about the red webbing design on her shoulders. 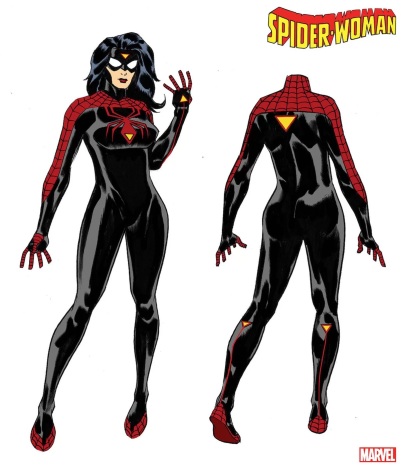 That’s very clearly a Spider-Man costume thing, and Spider-Woman has never been beholden to Spider-Man when it comes to costumes. She has her own iconic look and color scheme. It’s especially troublesome because a black bodysuit with the webbing design on the shoulders is Miles Morales’ look.

Nitpicks aside, I think it’s a strong look overall, and I’m definitely looking forward to her new series even more now! Here’s hoping Roger is still part of her story!

Posted on December 19, 2019, in Comics, Marvel, Spider-Man and tagged Spider-Woman. Bookmark the permalink. Leave a comment.