A Tale of Two Prowlers

A problem eight years in the making has finally arrived: Marvel now has two competing, nearly identical, and yet completely unrelated Prowlers kicking around New York City. It’s a weird problem, and I think Marvel has come up with a simple fix. Being one of the internet’s foremost Prowler fans, I felt compelled to point this out to everybody.

Marvel has offered various workarounds for awhile, but based on the current storyline in Miles Morales: Spider-Man, they’re apparently just going to barrel on through.

Miles’ uncle, Aaron Davis, is once again calling himself the Prowler.

Even though the original Prowler, Hobie Brown, is still around and working with Spider-Man.

Apparently that purple and green look is too good to pass up! These two images came from two different comics released the exact same day back in August. It was the most Prowler-heavy week in comics in years.

This is what happens when you crash universes together. It’s not a safe practice for anybody.

So how did we get here and where do we go from here? I’m glad you asked! Join me after the jump for A Tale of Two Prowlers.

The original Prowler is Hobie Brown, an inventor who became so pissed at the world for losing his job that he decided to turn his inventions into a super-villain costume. His plan was to commit some robberies as the Prowler and then return the stolen goods as Hobie, being both villain and hero. But Spider-Man, as he is wont to do, stopped the costumed burglar and convinced him to turn over a new leaf before he got in too deep. Hobie saw the wisdom in those words and became a superhero and ally of Spider-Man. On several occasions, Hobie has even filled-in as Spider-Man to help protect Peter’s secret identity.

The Prowler is a pretty stand-up guy. He’s made many appearances over the years, and has shown up in several cartoons and video games. 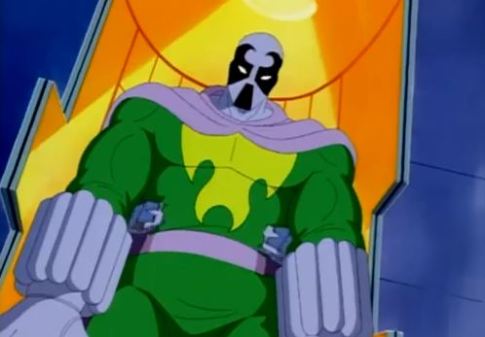 Then along came the Ultimate Universe, specifically the new Spider-Man, Miles Morales, in 2011. Along with Miles, we were also introduced to his burglary uncle, Aaron Davis, who was revealed as the Ultimate Prowler.

Up until this time, there hadn’t been a Prowler in the Ultimate Universe. Marvel killed two birds with one stone by using the Prowler identity on Aaron Davis. It worked out perfectly.

The Aaron Davis version of the Prowler has since gone on to appear in the Oscar-winning Spider-Man: Into the Spider-Verse movie. So I suppose that’s a feather in the Prowler cap of Aaron Davis, no matter how many rebooted cartoons Hobie Brown can claim.

This split between the two universes worked out just fine…until Marvel decided to combine them. Miles Morales and his whole supporting cast was brought whole cloth into the regular Marvel Universe, folded in without a fuss. At first, Uncle Aaron was a no-show and there was no need to worry about two Prowlers. Then when he did show up, Marvel had a fix in place: Aaron Davis instead became a dark version of the Iron Spider.

While Aaron was putting together a new Sinister Six as the Dark Iron Spider, Hobie was over in The Clone Conspiracy storyline in Amazing Spider-Man doing his normal Prowler thing. His clone even had his own solo Prowler comic! 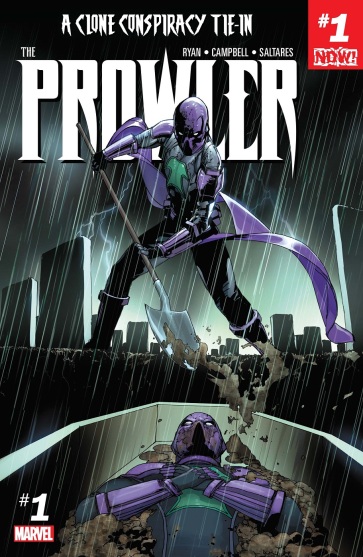 Both characters were quite busy, and they’ve been quite busy again this year, leading to the new competition! For you see, Aaron Davis has finally decided to return to the Prowler identity in the pages of Miles Morales: Spider-Man! In an effort to save his nephew, he teamed up with his brother (Miles’ dad) to rescue Miles from some villains. Aaron needed some new gear, so he turned to a contact in the villain underworld who apparently already had a hi-tech Prowler costume on standby.

Meanwhile, Hobie Brown was still gearing up as the Prowler, making an appearance fighting alongside the Peter Parker Spider-Man in a storyline in the Friendly Neighborhood Spider-Man comic. Hobie was investigating a fraudulent charity, and he and Spider-Man teamed up with an old timey hero.

So what gives? Is Marvel just going to have two different Prowlers and not address the overlap at all? Neither Prowler is connected to the other, and both of them — theoretically — came up with the name and costume completely independent from one another. Their overlap is the result of overlapping dimensions, and neither was involved in that. What are they going to do?

Well Marvel may have retired Hobie Brown, if you can call it that. At the end of his recent storyline, Tony Stark offered him a job running that corrupt charity (which Tony bought out, as part of the story).

The comic doesn’t say that Hobie has given up being the Prowler, though it’s heavily hinted. It’s not like he’s a major character whose absence will be noticeable.

At least he’s being retired into a nice life with a nice, secure job instead of having Aaron Davis murder him, which is what I assume would normally happen in this sort of story. That would have been pretty depressing.

So live your new life, Hobie Brown! And don’t worry that some other dude is going around in your costume using your name! It makes sense if you know the whole story.

Which now you do.