Comic Convention Season is almost over! Tomorrow I will be selling Gamer Girl & Vixen at Uticon in lovely Utica, NY, so if you live in the area, stop on by! For now, though, I’m reading regular comics!

Plenty of fun entries this week, from the proper return of Tim Drake in Detective Comics to the return of Volstagg in The Mighty Thor. But Comic Book of the Week goes to the new issue of Mighty Morphin Power Rangers for some great character moments, great monsters and a great twist ending!

I also read the first issue of Marvel Legacy, and it was fine. It’s mostly just a big tease for all of Marvel’s upcoming storylines, and some of them look fine. None of them tickle my fancy, so I just hope we get some good stories out of them. I don’t particularly like this 1,000,000 BC Avengers, even if it’s slightly clever. And the less said about the real Wolverine’s “return” the better.

I can’t have missed you if you never went away, Old Man!

END_OF_DOCUMENT_TOKEN_TO_BE_REPLACED

Odd news, everybody! Due to a couple different factors this week, the review pile is kind of small. For one thing, it’s a fifth Wednesday, so there were already fewer books being released, and most of the comics that came out I’m way behind on. For another thing, I have been laid up with a pretty bad cold all week, and I just didn’t feel like reading a lot of comics. Oy, this stupid cold. My kingdom for a cure!

At any rate, I’ve only got two comics on the stack this week. I’m kind of taking it easy. And out of the two of them, Saban’s Go, Go Power Rangers wins Comic Book of the Week! It’s almost as much fun as the regular Power Rangers comic.

Not what it appears

Secret Empire came to an end this week, and I couldn’t care less. I like the ambition and the general idea, but the ending isn’t anything special and the whole adventure lost steam awhile ago. It was a little too huge in scope and didn’t really earn its earnestness.

END_OF_DOCUMENT_TOKEN_TO_BE_REPLACED

Light week this week, for no good reason. I guess I just didn’t read enough comics I liked enough to review! But we’ve got solid and exciting issues of Iceman, Detective Comics and Infamous Iron Man, so that’s good enough for me.

Comic Book of the Week goes to Batgirl #13, as Hope Larson delivers possibly my favorite issue yet of her Batgirl run! She’s definitely having fun with this comic, and it shows!

Batgirl tries on a sidekick for size

Secret Empire has reached a grinding section. There are bits and pieces here and there that get exciting, like the final page cliffhanger of the new issue, but overall, I think the scope of this story is just a little too big. It feels like I’m reading a big What If…? comic instead of an actual, in-continuity story about these characters.

END_OF_DOCUMENT_TOKEN_TO_BE_REPLACED

Happy Fourth of July weekend, everybody! We’ve got a bunch of good comics this week, and I’ve got a day off from work on Tuesday, so I’m in all manner of good spirits. We’ve got some quality Spider-Man and Batman comics this week, which is always a hoot. And Comic Book of the Week goes to another stellar Infamous Iron Man. I’m just loving that comic! 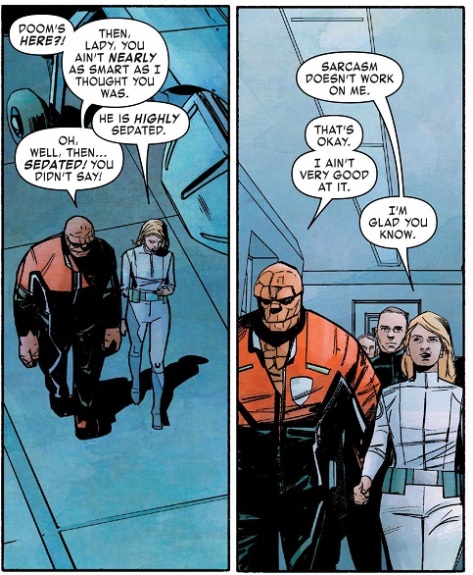 I skipped a double dose of Young Jean Grey this week. Her solo series was just a team-up with Prince Namor, who I don’t care for. And X-Men Blue was pretty interesting, but I swear to God, if Cullen Bunn brought Jimmy Hudson into that book just to revive the Cyclops/Jean Grey/Wolverine love triangle then I am done with that comic. Full stop.

END_OF_DOCUMENT_TOKEN_TO_BE_REPLACED

It’s not often that I like to toot my own horn about these comic book reviews. I’m nobody special. Just a comic book fan who likes to read comics and share my thoughts and opinions each week. But I noticed something rather interesting a few weeks ago — beginning with issue #3, I might be the only reviewer on the entire Internet who stuck with Mosaic.

See all those single reviews for issues 3-8? That’s just me. So I have been the only Internet comic reviewer chronicling the downfall of Mosaic. That’s just kind of weird. But it is an honor I take seriously. 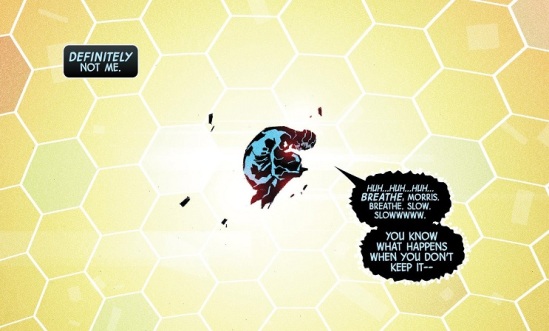 It is with a kind of heavy heart that I must also be the only reviewer to chronicle the final issue of Mosaic. And you know what? It was a damn good issue, and I think I’ll give it Comic Book of the Week. Let it go out on a high note.