6 Genres for Rockstar to Develop Next

Look, I’m going to level with you fine readers. I’ve spent the past week hip deep in Red Dead Redemption 2, gleefully shootin’ and hollerin’ my way across the old west. Or the new west, whatever the story might be. I haven’t done very much critical thinking beyond whether or not to rob that stage coach. So how about a list of other storytelling genres video game developer Rockstar could develop games for? 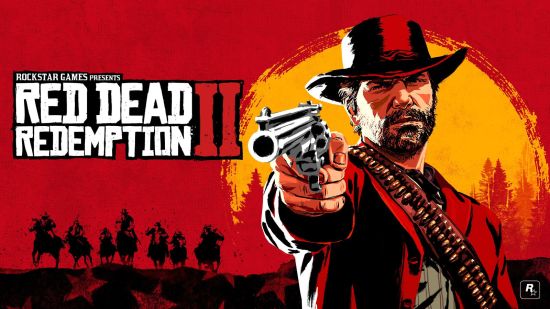 The beauty of a Rockstar game is in the immersion. There are plenty of well-made sandbox games out there, but none reach the depth of world like a Rockstar game. From growing and styling your beard to polishing your guns to tracking animals to realistic mud physics, Red Dead Redemption 2 is a work of art. It’s a game where I like to just walk around, because it wouldn’t fit the story/world/character if he sprinted everywhere.

So Rockstar needs to abandon whatever money-making plans and start whole new franchise! They’ve got cops & robbers with Grand Theft Auto, they’ve got the wild west with Red Dead Redemption and they’ve got a boarding school setting with Bully. Join me after the jump for some loosely imagined other options!

END_OF_DOCUMENT_TOKEN_TO_BE_REPLACED

Dan Bull is probably my favorite Internet rapper. The guy did some Skyrim raps that I still go back and listen to to this very day. I missed this Grand Theft Auto V rap when it came out a month ago, so I’m rectifying that mistake immediately! Have a listen and enjoy some twisted GTA tunes.

Posted in Music, This Wins the Internet, Video Games

I love Easter Eggs in video games. They’re fun, friendly and a great way for game developers to wink at their fans. And the good people at Rockstar love Easter Eggs just as much as me, filling their franchise games with Bigfoots, UFOs and – best of all – references to their other games.

Grand Theft Auto V has been out for a week now, and fans are checking every nook and cranny for the best Easter Eggs. The ones I love the most are the references to previous GTA games. I love the feeling of each game existing in this larger, shared universe. So like the giddy gamer I am, I’ve gathered together the six best crossover cameos in Grand Theft Auto V!

END_OF_DOCUMENT_TOKEN_TO_BE_REPLACED

I took the day off from work today so I could stay home and play Grand Theft Auto V. The game is awesome so far, and I think Conan O’Brien agrees!

I love Clueless Gamer! These are hilarious. If you’ve got some time to kill and want to laugh, browse through and watch Conan try to play video games.

Only One Week Until Grand Theft Auto 5!

And the folks at AVByte are celebrating in style!

More people need to write bombastic musical numbers about my favorite video games. I am eagerly anticipating GTA V. I’ve got my new X-Box 360, my big screen monitor, and I even took a day off from work to extend my weekend. Crazy, I know, but if I don’t use my personal days, I lose’em at the end of the year. Name something better to have used it on.