The U.S. Agent is Proud to Be an American!

A leaked picture of the U.S. Agent costume from the upcoming The Falcon and the Winter Soldier TV show has hit the internet and I approve! Sometimes live action superhero costumes can be tricky, but the Marvel Studios people know what they’re doing and they’ve done it again with U.S. Agent!

This was our first look at the costume, some concept art released a couple of months ago.

This is just a preview

I wanted to hold the actual picture for after the jump, just because some people might not want to be spoiled. I don’t mind costume spoilers, because sometimes you can tell whether or not a property is going to be good based on the costume. As soon as we all saw Halle Berry’s Catwoman costume we know that movie was going to be hot garbage.

But Wyatt Russell as U.S. Agent looks awesome! Join me after the jump to check out the picture. 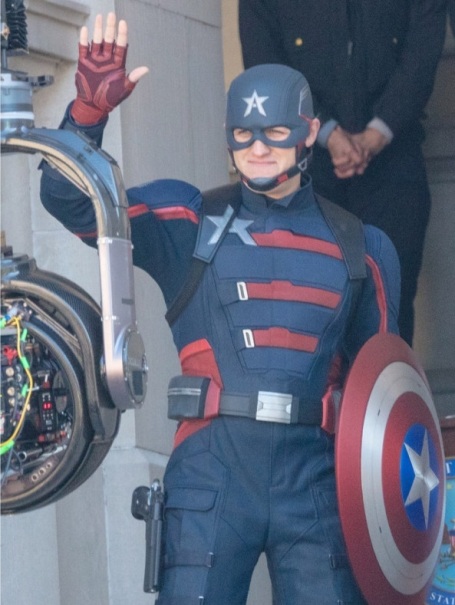 Wave at the people! Blow them kisses!

I definitely like the look. I like how it’s clearly a knock-off of the classic Steve Rogers/Captain America costume from the MCU. I like how he’s holding the shield. And I like that he’s got a gun at his side, a clear sign that the character is taking his role seriously. It might be controversial, but in the best way! He’s a soldier, so it’s not weird that he’s holding a gun.

I am very much looking forward to The Falcon and the Winter Soldier on Disney+. I love the idea that the government is trying to make their own Cap rather than just letting old Steve Rogers hand off the shield to Sam Wilson.

Posted on January 24, 2020, in Avengers, Marvel, Television and tagged Disney, Falcon, The Falcon and the Winter Soldier, U.S.Agent, Winter Soldier. Bookmark the permalink. Leave a comment.