Everything We Know About Tim Drake’s New Identity

I’ve put off writing this article for a long time. It’s a tough moment, but one that has been coming for years of fits and starts.

Tim Drake will soon finally graduate from being a Robin. 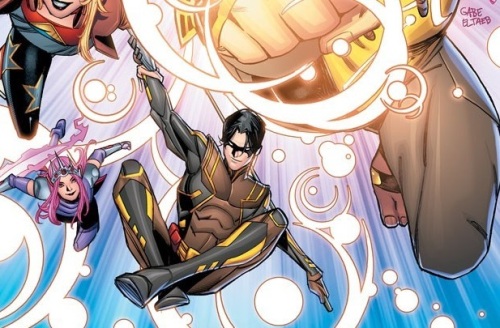 Thanks, I hate it

This has been a very long time coming. Damian Wayne, the current Robin, debuted all the way back in 2006. It was a tough pill to swallow at the time, but I think 13 years is enough time to accept that Tim Drake isn’t Robin anymore. It didn’t help that Tim “graduated” into being “Red” Robin for those past 13 years, while reverting to just Robin again only recently (maybe?).

What can I say? Tim Drake is the best Robin and my favorite Robin. He arrived on the scene in that cool new costume just as I was really getting into comics on my own. And with a love for the character already brewing from the old TV shows and the 90s cartoons, Tim was my Robin.

Tim’s new name is going to be “Drake”. He gets it from an alternate dimension version of himself in Young Justice #8, out this week. 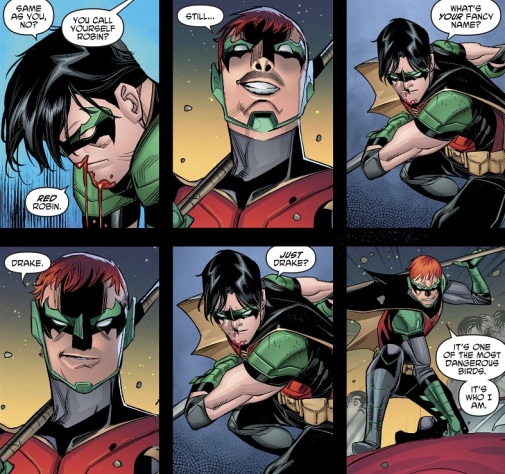 Obviously it’s his last name, but a drake is a male duck, and ducks are not to be messed with (I guess? Are we sure Bendis isn’t thinking of geese?). So I suppose it’s fine. It’s still a bird name, which is OK. Batman has a lot of bird allies these days. 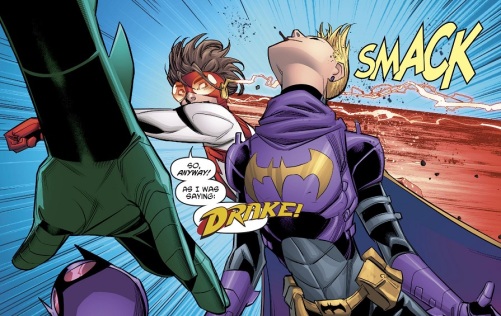 And at least he can keep the cool name icon

I will make my peace with this over time. I think that new costume is pretty ugly, all browns and grays and unnecessary lines.

It’ll be OK. The only constant is change. Hopefully this will all work out for the best.