Some people out there would focus on the Tyrannosaurus Rex or the Velociraptor. Both are cool, but they get too much attention. And don’t even get me started on the Triceratops or the Stegosaurus. The Ankylosaurus is cooler than them all! Built like a tank, complete with armored plating on the back, and a massive tail bludgeon, the Ankylosaurus is just plain cool! So I went out and tracked down six different Ankylosaurus-based characters in pop culture!

Join me after the jump for six times the Ankylosaurus was used as inspiration for one cool character or another!

There are more Transformers Dinobots than just Grimlock and the main four. Slapper the Ankylosaurus is one of the lesser known crew, in that he never appeared in any of the shows or comics. Slapper has only ever appeared as part of a two-pack action figure set, which was exclusive at Walmart all the way back in 2003. That’s good enough for me and that’s good enough for this list!

The mighty and massive Torterra is one of my favorite Pokemon. He’s such a beast that he’s got an entire ecosystem growing on his back. It’s a damn cool look and concept. Torterra debuted in Generation IV, in the Diamond and Pearl games. Along with the fire monkey warrior and the emperor penguin, he’s part of my favorite starter lineup. Torterra also recently appeared in the Detective Pikachu movie, which is doubly neat!

I don’t know anything about this character

The Extreme Dinosaurs were one of several 90s attempts to revive the basic Ninja Turtles idea. The Extreme Dinosaurs were dinosaurs mutated into humanoid form, who battled an evil team of raptors mutated into human form. There was a T-Rex, a Stegosaurus, a Triceratops, and a Pteranodon on the main team, and then they were joined by Hard Rock the Ankylosaurus as their “Sixth Ranger”. But unlike the other four, Hard Rock was from an alternate reality where dinosaur people were the norm. Weird. Anyway, he was a pacifist and nobody remembers that he ever existed. But he counts! 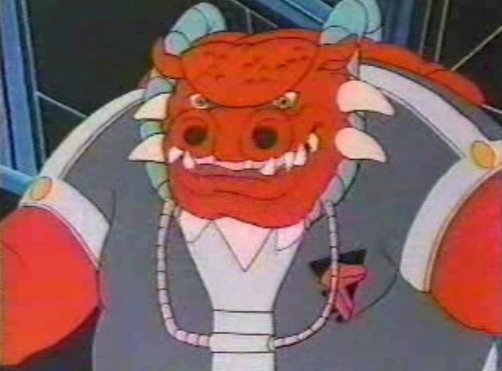 But I can still remember this sniveling porkster vividly

Out of the two Ankylosaurus characters in anthropomorphic dinosaur-themed cartoons of the late 80s/early 90s, I would say Ankylo had more personality than Hard Rock. He was second-in-command of the villainous Tyranos in Dinosaucers, a favorite show of mine as a kid. In this one, the Dinosaucers and the Tyranos were aliens who came to Earth to wage their continued war. Ankylo was your typical toadie henchman from 80s cartoons, with a real pig-like personality. Very sniveling, if I recall. But those characters are classic! 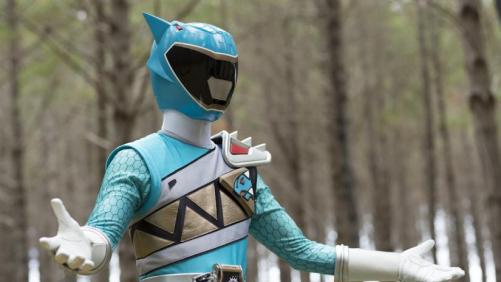 Power Rangers Dino Charge is one of the more modern incarnations, and one in which there was a veritable rainbow of different colored Rangers. The main crew was still the basic colors of red, pink, green, black and blue, but then the show just kept piling on bonus Rangers — probably because they wanted to squeeze in as many awesome dinosaur Zords as they could! Mighty Morphin Power Rangers only had three actual dinosaurs! Dino Charge has nearly a dozen, with a gold ranger, a purple ranger, a freakin’ graphite ranger! What? 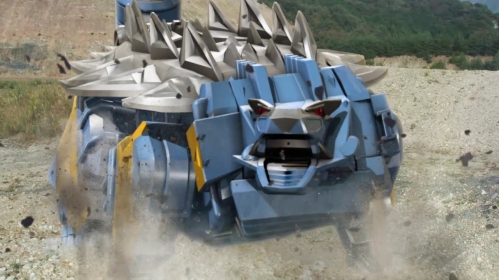 The 21st century has computer-animated Zords

Anyway, the Aqua Ranger is the Ankylosaurus Ranger, and he’s got quite the back story. James Navarro, an adult, found his morpher 10 years before the actual Power Rangers emerged. He abandoned his family and went into hiding when he realized the series’ big villain was hunting him and would put his family in danger. But when his son grew up to become the Red Ranger, James came out of hiding to join the team and help them take down evil. And that’s not even the craziest origin story for that season! Power Rangers got weird, y’all.

A lot of four-legged animals walk on their back knees

Godzilla may be the King of the Monsters, but even he needs friends! Anguirus is best pals with Godzilla himself, though he started out as a villain, the first monster Godzilla ever fought. When the films eventually lightened up to appeal more to children, Anguirus joined Big G as a heroic monster and fought alongside him against the likes of Ghidorah, Gigan and Mechagodzilla! I love me a good sidekick, and Godzilla has got one of the best in his pal Anguirus. They like chilling on Monster Island together.

Posted on August 14, 2019, in Lists of Six!, Miscellaneous and tagged dinosaurs. Bookmark the permalink. Leave a comment.