Check out my custom character! I’m Henchman4Hire on Playstation 4! 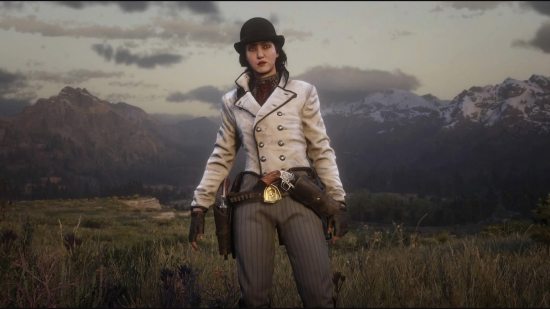 There’s not much to the multiplayer just yet. It’s really just the big, glorious game world with a bunch of random jobs, playgrounds, mini-games and a couple of story missions. But that’s enough for me. Honestly, I just love existing in this game world. I love the feel of walking around. I love the pedantic stuff. I love trotting my horse through town. I love putting together the perfect outfit. I love this game!

And there are a couple of expansion ideas I hope to see over the next few months and years. The online multiplayer is growing in fits and starts. There’s a big update coming later this summer that will add some professions, like bounty hunter or fur trapper. That should be fun. Rockstar has been updating Grand Theft Auto Online for years now, and surely they will do the same for the cowboy version.

Join me after the jump for six things I personally want to see and experience in future Red Dead Online updates. 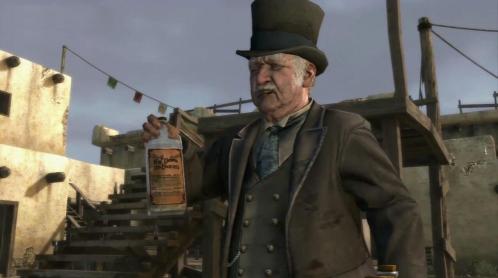 Let’s see him as a younger man!

Nigel West Dickens was a fun character from the first game, a literal snake oil salesman who teamed up with the hero for a couple of adventures. He doesn’t appear in Red Dead Redemption 2 because it’s a prequel, but there’s no reason he couldn’t pass through town in the Online mode. They brought back Bonnie MacFarLane from the first game to show up in Online, why not the funnest character? I’m sure he’d be a hoot! 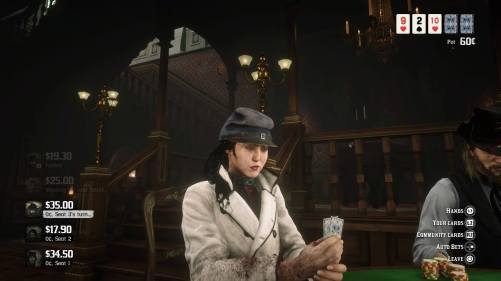 I have always loved this cap design. My family went to a bunch of Civil War re-enactments when I was young, and this hat has always been a favorite of mine. It’s available in the current game…but only if you steal it from one of the bad guys, and then it’s not permanent. You can’t buy this cap and have it available in your wardrobe. I want this cap in the game for my character to wear permanently!

Granted, the cap is heavily tied to the Confederacy, but the Union wore this style hat as well, and it comes in blue in the game! Let me have this one tiny thing! 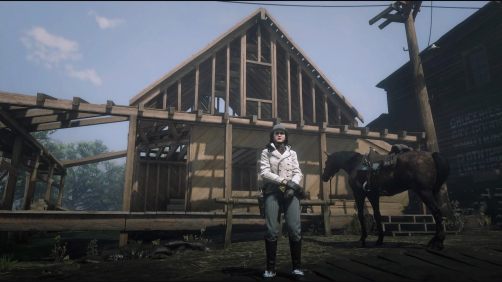 This one will hopefully arrive someday: a homestead to call my own. This was a far easier prospect in Grand Theft Auto Online, where Rockstar could just pick any random skyscraper and have an instanced apartment inside. Red Dead Online doesn’t have the luxury of a bunch of apartment-ready buildings. But there are plenty of houses and structures out there in the world that could support some kind of dwelling. Then I’d like to be able to decorate however I like, including collecting animal parts to spruce things up, like in the main game. And the homestead could include some pedantic farming stuff, even more so than the main game. Maybe my own stable for my horses, a proper kitchen for cooking, a bed for resting, a swimming pool, a big screen TV…you know, the comforts of home! 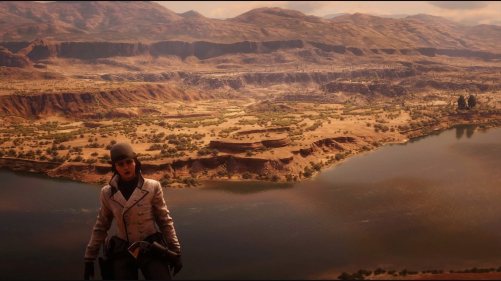 I want to go where the people aren’t…

If we’re talking full-on expansions, then hopefully Rockstar does something with the big Mexico area at the southern end of the map. It’s a complicated prospect, but hopefully they’re considering long-term possibilities here. Mexico was a large part of the first Red Dead Redemption, and the physical layout still exists in this current game, so let’s see them develop that land! The craziest thing to consider is that Rockstar recreated half of the first game’s map in RDR2, but locked that whole section off until the epilogue. If they were willing to go that far in recreating a part of the first game, why not go even further to recreate another part? It would be fun to have more places to visit. 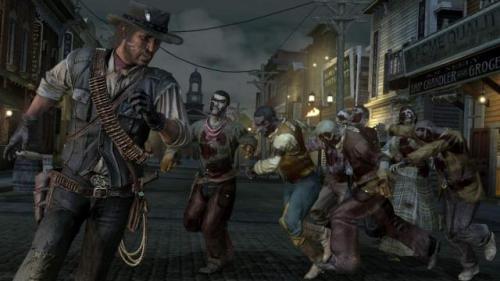 The first Red Dead Redemption had one major DLC addition: Undead Nightmare. Zombie games were all the rage at the time, and Rockstar threw this crazy zombie expansion onto their cowboy game. It was crazy and it was awesome. Personally, I don’t expect we’ll get any single-player campaign expansions. Rockstar didn’t do it for GTA5 after they discovered that GTA Online was a moneymaker. I’ve made my peace with this. And I’m having more than enough fun playing Red Dead Online that I will happily live with just Online content from now on.

To that extent, why not prepare some cool, zombie-related event for Halloween? Lots of online games do holiday-based events that last a week or two. And Red Dead has this Undead Nightmare idea just sitting there collecting dust. October is several months away. I want somebody working on some crazy zombie event! 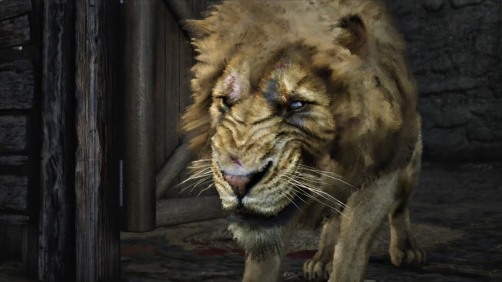 We’ve already got the lion modeled in game! And a zebra, too!

This one is probably the most impossible, but I want it anyway. I love hunting animals in RDR2 and RDO. It’s just so much fun. Rockstar has created this gorgeous, realistic, lived-in ecosystem full of dozens, if not hundreds, of different animals. And I love tracking them, picking the best weapon, getting that perfect shot and even skinning and selling their pelts. But I’ve killed enough white-tailed deer and black-tailed jackrabbits. Now I want to go on an African safari to hunt lions, elephants, water buffalo, hyenas, giraffes, zebras; just give me a ton of insane new animals! I want to come across a family of elephants crossing the savannah. I want to go toe-to-claw with a pride of lions. Let me be chased by a pack of wicked hyenas. Give me the ultimate beast hunting simulator!