← There is Now an Orange Power Ranger, Because the World is a Nice Place!
Stranger Things as a 1980s Anime! →

6 Thoughts on Spider-Man: Far From Home

What an amazing movie! Our faith in the Marvel Cinematic Universe has once again been affirmed with another spectacular Spider-Man movie! The decision to hand over the reigns of Spidey to Marvel has worked out well for everyone involved, especially us, the viewers! Spider-Man: Far From Home is another winner!

Stop me if I’m gushing too much. Or don’t stop me, I don’t care! I’m an avowed Marvel Studios fanboy and I do not apologize for that! Join me after the jump for my full review/thoughts on Spider-Man: Far From Home! Expect FULL SPOILERS for the movie!

6. This movie was amazing!

The Night Monkey running gag did not get old

Spider-Man: Far From Home is a really fun movie. I’ve seen it twice now, and it holds up both times. It’s funny, charming and action-packed, while staying grounded in its interesting and entertaining characters. That is the recipe for a delightful time at the theater. I very much enjoy Tom Holland as Peter Parker, and all of his supporting cast are a hoot! Martin Starr as the harried teacher was especially fun in this film, as was J.B. Smoove! I enjoyed Peter’s story of doubting himself and then gaining the confidence to fight back. I enjoyed the trip around Europe. The Spider-Man action was fun. The whole dang movie was fun!

I am not critic. I don’t know the first thing about cinematography or sound editing or the intricacies of making a movie. I just go to the movies to enjoy a good story and a good film, and Spider-Man: Far From Home delivered. I was always entertained, I was right there in the heart of the action in the climax, and there were deeper levels I could appreciate it on. There have been some real stinkers at the theater this summer — like Men in Black: International — but Spider-Man: Far From Home is another hugely entertaining movie that carries the story and main character forward in a lot of exciting ways.

In this episode, Peter and MJ have trouble expressing their feelings for one another

I noticed with this Avengers: Age of Ultron and I noticed it again with Spider-Man: Far From Home: some of these movies feel like just another episode in the grandest television show of all time. It’s as if there’s this ongoing, live action, big-budget Spider-Man TV show, and this was the Mysterio episode. This isn’t a knock against the movie, just a thought. I’m not even sure if I can properly explain it. But Far From Home doesn’t feel like a sequel to Homecoming as much as it just feels like the next movie in a series. Obviously it is. There are going to be more Spider-Man movies in this line — more episodes, if you will. It’s just an odd feeling I got while watching Far From Home. Odd, but good. Bring on the next episode!

I have never been a Mysterio fan. I don’t dislike the character, I just don’t care about the character. But hot damn if Far From Home didn’t do great by the guy! His costume looks fantastic. They kept it comics-accurate and made it work, fish bowl head and all! Jake Gyllenhaal did a phenomenal job as Quentin Beck, making him grounded and relatable, while also unhinged and murderous. His camaraderie with Peter Parker was just perfect.

The special effects were also extraordinary! The sequence where Mysterio grips Spidey in a series of increasingly insane illusions worked perfectly, pulling a traditional Mysterio trick right off the comic book page! I was shook watching it happen on screen, as if I doubted Marvel would actually go whole-hog on the routine. But they pulled it off and it looked great! Mysterio was a solid, awesome villain.

Though I’m disappointed that they killed him in the end. I realize that has to happen if you want that shocking twist ending to work, but it doesn’t help when I want Marvel to stealth build a Sinister Six across all these movies.

The camera loves you, baby!

Those maniacs! Those damn maniacs! They did it, they really did it! My jaw was on the god damned floor! Thank Heavens I don’t read spoilers anymore for the post-credits scenes. I didn’t know what to expect, but then J.K. freakin’ Simmons appears on my screen, returning to the role of J. Jonah freakin’ Jameson, and I know it’s safe to believe in miracles again! Whoever had this idea needs to get a big raise!

I’m still in awe at the very idea of this happening. I’m pretty sure everyone is in agreement that Simmons as Jameson in the first three Spider-Man films is the greatest comic to screen adaptation of all time. And I’ve always felt that was the reason any follow-up Spidey movies didn’t use Jameson and the Daily Bugle, because how do you replace Simmons? I imagined it would happen someday, but those would be huge shoes to fill.

Apparently Disney agreed because they didn’t try to fill those shoes with somebody new! They pulled the ultimate fanboy power move and just snagged Simmons back! Why pretend they need to revamp the character? Why not deliver one of the greatest, most powerful, most shocking, most gleeful fandom dunks in the history of superhero movies?

Freakin’ maniacs. I love it!

2. Uncle Ben is everywhere in these movies 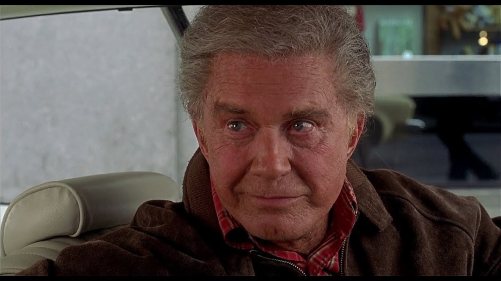 Martin Sheen can suck it

One thing I’ve noticed since the movie was released was a bunch of think pieces and whining about how Marvel is ignoring Uncle Ben. Or how Marvel is replacing Uncle Ben with Tony Stark. This is insane and ridiculous.

Uncle Ben and his death are baked into the very heart and foundation of the MCU Spider-Man, in ways we’ve never seen before on film. It’s one of my favorite parts of these movies. In both Homecoming and Far From Home, we actually get to see Peter Parker weigh his desires against his sense of responsibility. He hesitates before going into Liz’s party, then skips it entirely to investigate some weird explosion nearby. He doesn’t hesitate in skipping the dance with Liz because he has to take on the Vulture, despite all the threats against his life and the lives of his loved ones. The entirety of Far From Home is Peter struggling with whether he can just have a normal vacation and a normal life. That’s what Mysterio preys upon to manipulate Peter. But Peter didn’t hesitate to get involved in Venice, and he doesn’t think twice about revealing his identity to MJ and rushing off when the truth about Mysterio is revealed.

It is plainly clear that everything involving Uncle Ben happened in the MCU, and his death and the mantra of “with great power comes great responsibility” are core parts of Tom Holland’s character…we just haven’t seen it on screen. And why should we? When the MCU Spider-Man reboot was first announced, we were all whining about the fear that Marvel would do another origin story…but they didn’t. Marvel was smart enough not to simply repeat Spider-Man’s origin and we’re all the better for it. Spidey’s origin is as ingrained in pop culture as Batman and Superman’s origins. We didn’t need to see it for a third time on the big screen. We already know it. The general public already knows it. And Marvel Studios was right to have faith in us as an audience and as Spider-Man fans  to just know what we need to know about Uncle Ben.

We don’t need to see Uncle Ben die on screen again in order to feel his impact. It’s there. We know it’s there. And it’s being handled very well in the MCU films.

1. I applaud that shocking ending

Not a better costume

I will admit to being a little salty about the idea of Peter Parker’s secret identity being exposed to the entire world. Peter keeping his identity secret is a key tenant of the Spider-Man character. But, now that I’ve had time to think about it, I’m 100% on board with Marvel doing something new and different, and for having the guts to do this at all.

I realized that, even though the movie felt episodic, we won’t get the next installment for another two years, at least. Anything could happen to the MCU in that time. Plus, I have the utmost faith in Marvel Studios to know what they’re doing and to do right by this change.

I read an interview with Kevin Feige about the cliffhanger recently and he compared it to the ending of the first Iron Man film, where Tony Stark openly admits to being Iron Man right at the end. Feige said that was a big shocking move, and it prevented Marvel from falling back on the same secret identity tropes that superhero stories had always used. They needed to then think of new stories and conflicts. The same will happen with this Spider-Man reveal. We’ve had seven Spider-Man movies now where his identity is secret and he fights (at least) one of his classic villains. I’m totally on board with making a new Spider-Man movie with a new and shocking change to the status quo. I don’t know what Marvel will do, but I trust them to do great by their movies!

← There is Now an Orange Power Ranger, Because the World is a Nice Place!
Stranger Things as a 1980s Anime! →