Good News, Everybody! Stingray Isn’t Dead After All!

I was worried for a minute there. But we can rest easy, folks.

Stingray is probably my all-time favorite Avenger. It’s all in the costume. That is one damn cool superhero costume. And I love his reserve status, this ordinary dude who sometimes helps out the Avengers when it comes to watery stuff. I love that he designed his suit for his job as an oceanographer, and first and foremost, he’s an oceanographer, but will help out as a superhero when necessary.

And should Marvel Comics ever come calling, I have a tight 5 to 6 issue Stingray pitch to offer. Seriously, call me. 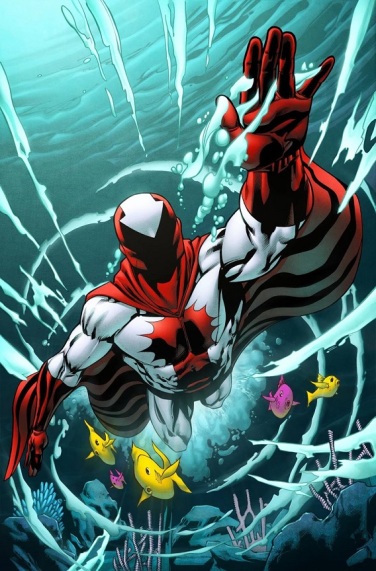 He flies through the seas with the greatest of ease

Last month, it appeared that his longtime ally, Namor the Submariner, killed Stingray in Avengers #9, by writer Jason Aaron. I was devastated. It’s been a rough year for me and having my favorite superheroes killed. 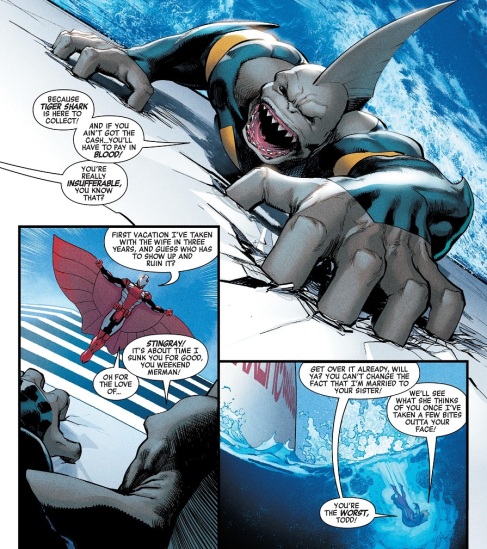 But then a new evil Namor shows up, having once again declared war on the surface world, or some such. When Stingray balks at kissing Namor’s ring, Namor beats him within an inch of his life and orders his war sharks to kill Stingray. It’s pretty brutal. 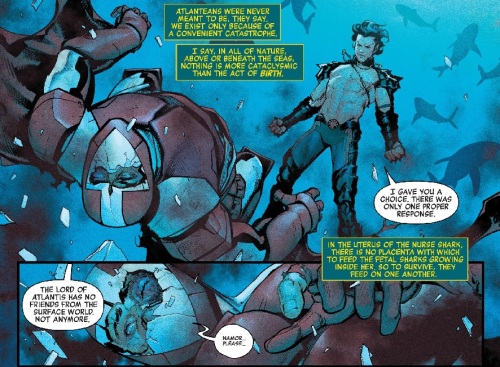 Namor is dead to me

And fans of such minor characters, like me, just have to deal with that fact.

But then the follow up issue, Avengers #10, came out this week. Captain America seems to reassure me personally that everything is OK and the world isn’t as dark and horrible as I’d feared. 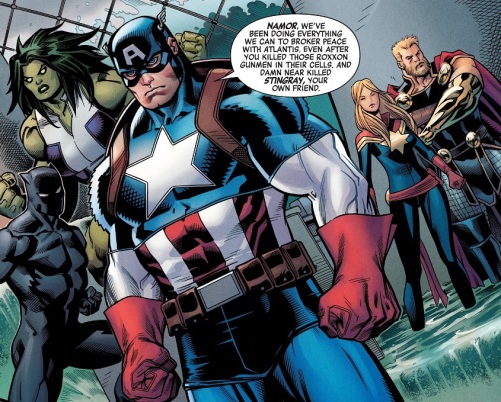 Are there two more beautiful words than “damn near”?

Stingray doesn’t actually appear in the new issue, but that comment from Cap is good enough for me! He lives! Stingray lives!