My 6 Pitches for X-Men Solo Comics

Today marks the final issue of the Iceman solo comic, one that I greatly enjoyed and am sad to see leave. It was a fun little comic that, I think, could have had some legs going forward. But today’s comic book market is not too keen on keeping smaller comics alive. Which is why, going forward, it looks like Marvel is going to stick to putting out smaller mini-series instead of cutting full series short. The new Multiple Man solo comic has already been announced as a 5-issue mini.

There’s nothing wrong with this business model, I don’t think. Personally, I would just let the comics be full series and make sure the writer knows they’ll only maybe get one or two volumes out before a likely cancellation. But short, one-story mini-series are fine, too. Marvel has tried countless times over the years to churn out solo series starring the X-Men, and I’m pretty sure it has only ever worked with Wolverine, but that’s not going to stop Marvel from trying. Nor should it.

Nor will it stop me from being the creative sort of guy with pitches of his own! So if you’re reading my blog, Marvel editors, I’ve got a couple of solo X-Men mini-series to pitch your way! Join me after the jump! 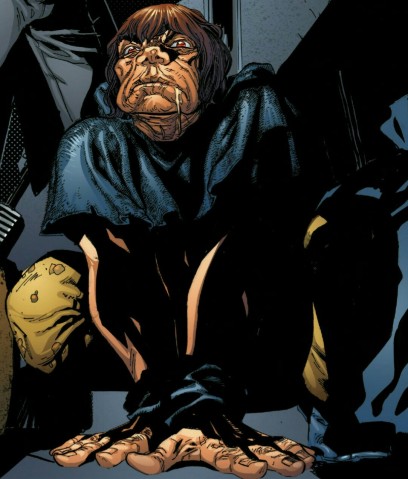 You’ve got a little something…right there…

I’ve always liked Toad and the henchmen members of the Brotherhood of Evil Mutants. I like the idea that, for a lot of these guys, they could have just as easily been X-Men if they’d been nicer people. Guys like Toad, Blob, Avalanche, Pyro; they aren’t out for world domination or murder. They’re just jackass mutants who fell in with the less virtuous mutant leaders. I would take Toad, rewind the clock a little to when he looked like more of a leading man, and write a story about what life is like for this guy. He’s not a super-villain in any sort of traditional sense. He’s not out to make or steal money. He’s just a crappy person who keeps making crappy decisions, but he’s still a mutant, suffering the same hate and fear that the X-Men do. What’s a mutant to do when he doesn’t have the X-Men to protect him? What kind of trouble does he get up to? Does he have friends? Hopes? Fears? Dreams? Maybe he tries and fails to put a new Brotherhood together because that’s the only thing he knows how to do.

We all have our favorite obscure X-Men and mine is the Mimic! Actually, it’s Multiple Man, but as I said, he’s already getting a mini-series. So if given the chance right now in a Marvel editorial office, I’d do a Mimic comic! The character was recently diagnosed with bipolar disorder, so I’d do a lot of research on that and write about a comic book character surviving while bipolar and how it effects his attempts to be the best hero he can be. Mimic has been on a slow burn journey from reluctant super-villain to low key hero, and that might also be interesting to explore considering his potentially powerful super-powers to mimic anybody in his vicinity. So big power set crossed with a manageable mental health theme sounds like a good idea to me!

Member of the Fantastic Four

I’ve always liked Leech. He’s a fun little guy, and I love the overarching storyline that the little weird kid from the Morlocks has gone on to become best friends with Franklin Richards, scion of the Fantastic Four. That kid is going places! Mostly I like Leech’s power set, the ability to cancel other super-powers. That’s an unexplored power in comics and I’ve got some ideas of my own. For Leech, I would age him up to about teenager, and say that puberty has given him a bit more control of himself and his powers, so that he’s able to speak in complete sentences. Then have Leech set off on a path to make something more of himself. He’s sick and tired of bad guys using him to defeat his friends, so now he wants to learn to become a proper ass-kicker.

Cecilia Reyes is my favorite X-Woman after I was introduced to her around the time of Operation: Zero Tolerance. She’s still around, filling in as team medic whenever needed, and I would absolutely make a comic about that! Superheroes are put through the wringer time and time again, and they survive and get patched up. Who does the patching? Dr. Cecilia Reyes, that’s who! I’d make a comic about the X-Men field medic, who doesn’t get actively involved in super-villain battles, but is nonetheless there to patch up the heroes and students and do her damn job! 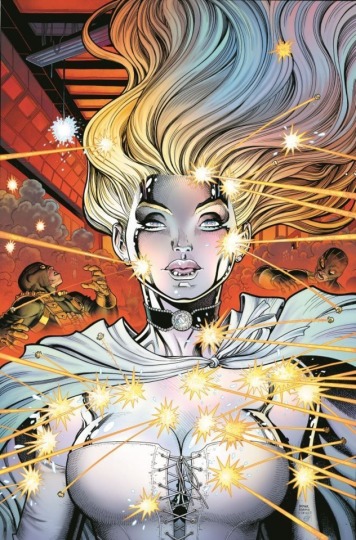 Marvel seems determined to make Emma Frost a villain again, which I think we can all agree is a bad idea. She was never more interesting than when she was the whip-tongued matriarch of the X-Men. So I would do a series that begins to put Emma back on the proper track, while keeping her at odds with the current X-Men. Emma Frost is all about being a teacher of mutants, and she is extremely wealthy, so I would have her start up another mutant school, one that competes with the Xavier school. She could populate the school with less than savory familiar characters as teachers. The school wouldn’t be evil, just less wholesome than what the X-Men are pushing. Nobody said there couldn’t be competing schools.

Does he ever wash that thing?

Marvel keeps trying to make Nightcrawler comics happen, but they just don’t happen. I don’t know what it is about him that he can’t sustain a solo series. Personally, I think it’s because a lot of his solo comics lean heavily into Nightcrawler’s existing lore, with circus folk and his various mystical step-families and girlfriends. That’s what turned me off the last Nightcrawler solo series I read. For my pitch, I’d cast Nightcrawler into new territory, put him out into the world. His comfort zone is in just hanging out with the X-Men, wearing the same pajamas he’s always worn. So how about seeing what Nightcrawler would be like out there in the rest of the world, among regular people? He’s still an entirely normal person, despite his appearance. Put him in a comfortable pair of jeans and send him out to interact with normal people. Put him on a journey to see the world and visit with different cultures, hanging out with different international mutants or superheroes along the way. Use the juxtaposition of Nightcrawler’s appearance with the rest of the every day world and tell some grounded, down-to-Earth stories about the guy. That’s my take on it.