Launch Trailer for Game That is Probably Dead to Me

Behold, the pretty cool launch trailer for Injustice: Gods Among Us! It comes out on Tuesday!

Sadly, despite all the coverage I’ve given this game, I will probably not be playing it anytime soon. Mostly because my X-Box 360 remains dead and I’ve been too broke to buy a replacement. But also, in part, because it does not look like Robin is going to be a playable character. I know, I know, silly reason to avoid a game. But I gave Injustice: Gods Among Us some of the best publicity of my life! And this is how they repay me!

You’re dead to me, Injustice: Gods Among Us.

At least until I go buy that new X-Box.

Tags: Injustice: Gods Among Us

All of My Hopes and Dreams for Injustice: Gods Among Us Are Wiped Out With One Depressing Clip

Regular readers of my blog will know that I’ve been eagerly tracking the character roster for the upcoming DC superhero video game Injustice: Gods Among Us, hoping that my favorite superhero, Robin, would be a playable fighter. I mean, c’mon, am I really the only one who sees the excitement in being able to pit Batman against Robin? It’s the classic story of teacher vs. student, of mentor vs. apprentice! Well the final two characters have been leaked to the Internet, and they are…drum roll please…wait…they’re who? God dammit! Cancel the drum roll!

It’s Killer Frost and Ares. What the freakin’ Hell!?

Grant me the serenity…

Really, Injustice: Gods Among Us? Really? Killer Frost and freakin’ Ares? That’s the best you could come up with? Of all the hundreds of exciting characters in the DC Universe, you give us Killer Frost and Ares? When have they ever been relevant? Killer Frost didn’t even make my list of the Top 6 Snow and Ice-Themed Comic Book Characters, and nobody cares about Ares! Wonder Woman fans probably don’t even care about Ares.

“Oh boy, I can’t wait to buy Injustice: Gods Among Us, so I can play as my favorite DC comic book character: Ares!” SAID NO ONE EVER!

But oh, we’re not done, boys and girls. Not by a long shot. Finalizing the roster with Killer Frost and Ares would be bad enough, but Injustice: Gods Among Us had to go and twist the proverbial knife! Right into my soft, beating heart! Some of you have suggested that I should just be happy that we get to play as Nightwing. He’s kind of like Robin.

But there’s something you need to know about Nightwing… 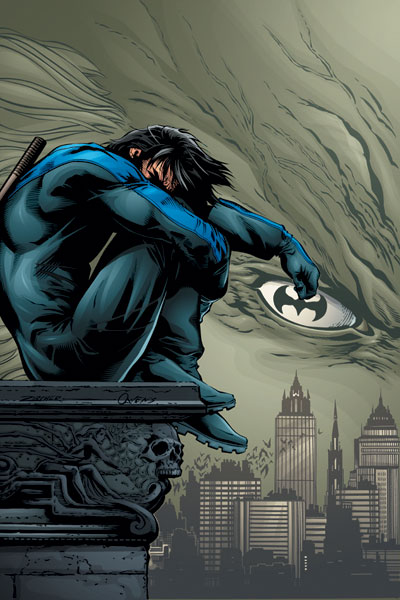 Yes, hang your head in shame!

END_OF_DOCUMENT_TOKEN_TO_BE_REPLACED

Tags: Injustice: Gods Among Us, Nightwing

I Will Not Give Up The Fight – Injustice for Robin!

Here I am again to share two new videos debuting two new characters for the upcoming video game Injustice: Gods Among Us. Unfortunately, neither character is Robin the Boy Wonder. Why isn’t DC listening to me? Who do I have to reach at Warner Bros. to make this a reality? Why are none of the people at NeatherRealm Studios reading my blog?

First up, we have Doomsday, the villain who killed Superman back in the 90s.

I think Doomsday is a great choice for a fighting game like Injustice. He’s big, he’s burly and he’s got a cool look. If I had to design someone who killed Superman on brute strength alone, Doomsday is a great look. Plus, since I think the plot of the game has Superman as a villain, maybe Doomsday rises to become some kind of secret weapon for the good guys.

Next up is Raven, the black magic magician of the Teen Titans.

Raven is probably also a good choice, if an obscure one. It’s a good idea to diversify and include as many female fighters as possible, plus Raven uses magic, so I’m sure that will help when it comes to special attacks. She also starred in that Teen Titans cartoon a few years ago, so I’m sure she’s got some good street cred.

But she’s not Robin. Neither of them is Robin. How hard is it to put Robin in this game? Why is the concept of Batman vs. Robin so hard to grasp?

There are several more characters to be revealed. So stay tuned as I keep you as up to date as possible. Will my persistence pay off in the end? Or will my dreams be crushed like so many sky blue eggshells?

Thanks to Xavier for the find!

P.S. Did anyone else see that video of one level where Giganta and Atom Smasher are fighting in the background, and will interact with the combatants? I think the developers had more fun coming up with the levels than they are the fighters.

Tags: Injustice: Gods Among Us

Sweet Jeebus, Robin Might Be In Injustice: Gods Among Us After All!

Thank you to nationarticulation for the tip. We finally have the first hints that Robin will be a playable character in the upcoming DC superhero fighting game Injustice: Gods Among Us!

It’s not an official announcement or screenshot, though, so we don’t know for sure. But here is the cover of the May issue of the Injustice tie-in comic book! I can’t believe I missed this!

That’s Damian Wayne up there in a cool new Robin costume. It definitely looks like one of the upgraded, more badass Injustice costume designs. As far as I know, the tie-in comic is supposed to be canon. DC is definitely working with NetherRealm to get this whole shebang put together. So Robin definitely exists in the Injustice universe. But could he be in the actual game?

Here’s the synopsis of that issue:

Based on the upcoming DC fighting game from NetherRealm Studios, creators of Mortal Kombat! Batman has two allies: Damian and Dick Grayson. One is with him, while the other has joined Superman’s cause. The conflict between The Dark Knight and The Man of Steel is about to turn very personal. Plus: The Flash travels to Australia and ponders his own allegiances.

So it looks like, based on that cover, Damian is joining Superman’s side in the whole conflict. At least Nightwing is sticking with Batman. Plus this would add further fuel to the idea that a Batman vs. Robin fight would be the highlight of this game! Putting them on opposite sides of the conflict would lead into that exact kind of match up! Brilliant! I’m glad to hear that NetherRealm think like me.

Not convinced about Robin joining the game based on that comic book? What about the game’s Collector’s Edition? Personally, I wouldn’t be caught dead buying one of these things. All that money for just a bunch of promotional material? No thank you! But as you can see in this picture of the Collector’s Edition, the Robin logo appears in a book of stickers!

Anyway, this was another clue I missed months ago. But still! A Robin sticker would seem to indicate that Robin is in the game! Why else even include such a sticker?

Oh man, I’m definitely excited now. I will stay with this story all night if I have to!

The Aquaman announcement trailer for Injustice: Gods Among Us is the best yet.

I mean, come on, that’s just awesome! Aquaman has been kicking ass in his DCnU series, and now he’s looking to be one of the coolest characters in Injustice: Gods Among Us. He’s the king of Atlantis, baby! Respect that!

Also, still no word on whether or not Robin will be a playbable character. I’m going to hold out hope until we know for sure.

Tags: Aquaman, Injustice: Gods Among Us