← There’s Going to be a New LEGO Helicarrier for Me to Purchase!
The Greatest Power Rangers Retcon of All Time Now Involves a Second Dragonzord →

Last week, the big announcement came down that filmmaker George Miller is going to make a Mad Max prequel starring Furiosa, telling her origin story. I think this is a bad idea. Furioda arrived in Fury Road fully formed and had a very compelling, very well-done story arc over the course of that movie. Furiosa doesn’t need an origin story.

Deserves a sequel, not a prequel!

What’s the Furiosa origin story going to be? She’s kidnapped from her home and is forced through very ugly circumstances until she reaches the point that she’s a hardened nerve of a human being? Are we going to see the harrowing scene where she loses an arm? Surely Immortan Joe did terrible things to her. Do we really want to watch that? Especially since Charlize Theron won’t be returning. She got to introduce one of the greatest female protagonists in the history of Hollywood, but to follow up, they’re going to recast the part and show us all her ugly, abusive moments? Why not a badass sequel?

Furiosa would have topped this list prior to last week. But since we’re doomed to that prequel, here are six other characters who do not need origin stories.

There are a lot of potential Joker origins out there, but thankfully, none of them have stuck. The main Clown Prince of Crime in DC Comics continuity is still an enigma. And that’s the way it should stay. We don’t know what’s going to happen in the upcoming Three Jokers comic, but I can’t imagine it’s going to be good. This character revels in not having an origin story and he’s all the better for it. Everything the Joker represents is better served by not having any sort of origin story. 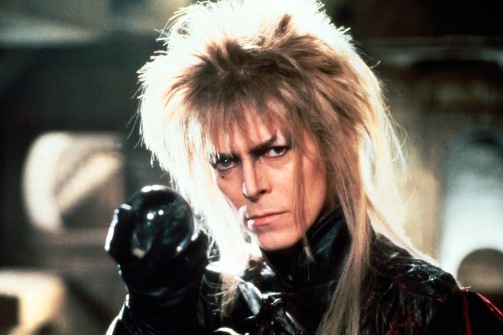 Should not be replicated

This one popped up on my newsfeed just yesterday, when news broke that Hollywood was working on a Labyrinth sequel. Why make a Labyrinth sequel? Because money, obviously. But hopefully it does not involve revealing where Jareth came from. David Bowie’s performance is legendary. But Bowie is dead. So surely they don’t expect to recast Jareth? There’s no need. The character doesn’t require any more appearances, especially not an origin story. Leave him mysterious. Don’t revisit Jareth. Let David Bowie lie. 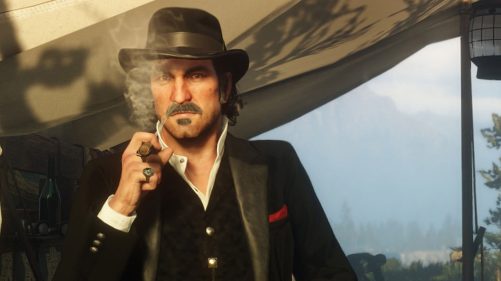 What skeletons have you buried, old man?

Perhaps this character is on the mind because I’ve gone back to Red Dead Online during quarantine. But we do not need to learn the origins of the villainous Dutch van der Linde, antagonist in both Red Dead Redemption and its prequel. I say this because there’s surely going to be a Red Dead Redemption 3 someday. It’s bound to happen. And will that new game also go backwards in time? It would make sense. But who do you go backwards in time to learn about? Surely the next most interesting character would be Dutch. And that’s not…huh, you know what…Dutch would be the most interesting character to explore. And I bet he had a pretty interesting life…dangit. I think I just talked myself into a Dutch van der Linde origin story! Bring it on!

Yoshi’s origin story would be fine

I don’t think Mario is even canonically a plumber anymore. I don’t pay any attention to Super Mario Bros. lore, but I’m pretty sure somebody at Nintendo is keeping tracking and keeping tight control. And hopefully we never find out where Mario really came from. Is he a plumber from Brooklyn who was transported to a magical land? Has he always been a resident of the Mushroom Kingdom? Where did he get those overalls? That hat? Why did he and Luigi pick between red and green? What’s the lore behind Baby Mario? Are they two different people? I don’t know and don’t want to know. Any of it. Mario doesn’t need the complexity of an official origin story. 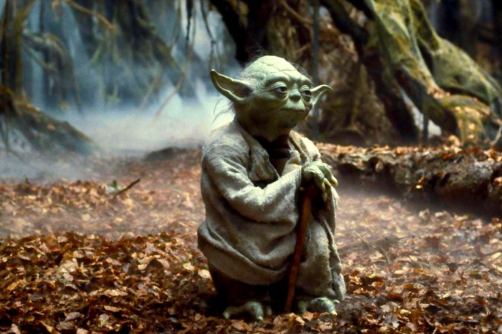 If he somehow turns out to be Baby Yoda’s dad…

The world is getting dangerously close to revealing Yoda’s origins. Baby Yoda is a ton of fun, but his very existence threatens the reveal of Yoda’s species and home planet. George Lucas put his foot down a long time ago that we should never find out any of Yoda’s history, and I think that’s great! It’s what makes Baby Yoda so impactful in the first place. So even though we’ve got this character, I don’t think The Mandalorian should reveal where he comes from and what his society is like. Nor should any future Star Wars media explore Yoda’s youth. I don’t want to see literal “Baby Yoda”. I don’t want to see youthful Yoda joining the Jedi. I don’t want to see a middle-aged Yoda around 500 or so teaching younglings. Let him be super old forever. 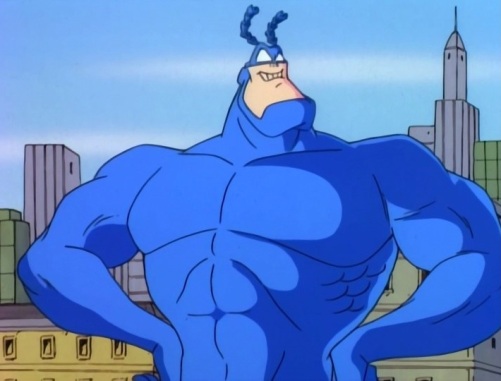 Despite several TV adaptations, we have thankfully never gotten an actual origin for the bluest superhero of all time, the Tick! The last live action show — which ended far too soon — started teasing the idea, but it never carried through. The character doesn’t need an origin story. We don’t need to learn his real name, where he came from or what he looks like underneath that mask. That’s not the point of The Tick! He is so much better, so much more fun, as this big, mysterious teddy bear of a superhero. Though I can’t imagine we’ll be getting another adaptation soon. You’d think three tries would be enough to convince Hollywood that he apparently can’t hold a show. Which is dumb, because the Amazon show was great and should have run for a million seasons!

Posted on May 27, 2020, in Comics, Lists of Six!, Movies, Television, Video Games. Bookmark the permalink. Leave a comment.

← There’s Going to be a New LEGO Helicarrier for Me to Purchase!
The Greatest Power Rangers Retcon of All Time Now Involves a Second Dragonzord →