← Even More Exciting, How About a New Black Widow Trailer?!
Cruises are a Good Idea Right Now, If They’re Jungle Cruises! →

6 Other Invisible Men (And Women) in Comics

Have you seen The Invisible Man yet? It’s a pretty good movie! It’s got thrills, it’s got chills, and it’s got a guy wearing a high tech suit that gives him the power to turn invisible. There’s no ifs, ands or buts in this movie: there is a legit dude with a supersuit running around. And that got me thinking about other comic characters who can turn invisible!

Why the bandages? Not a good look.

Oddly enough, invisibility isn’t a very common super power. The most obvious super power question of all time is picking between flight or invisibility, and yet very few comic book characters can only just fly or only just turn invisible. Fortunately for us all, I’ve tracked down a couple of the latter!

Lots of characters can become invisible through various means, like illusions or phasing. These six specifically have invisibility as one of, if not the, main power. Join me after the jump to see who I’m talking about! Pun intended.

Finally, another excuse to put Gentleman Ghost on one of my lists! Have you heard of Gentleman Ghost? It’s all in the name, baby! This dude is legit just some fancy gentleman who’s dead and is a ghost, and chooses for his ghostly form to be this dapper chap. He’s great! Gentleman Ghost has a lot of typical ghostly powers, chief among them the ability to turn invisible. In fact, he is in a constant state of making his head and hands invisible so that nobody has to see his ghastly, decaying corpse body. That’s definitely pretty dapper! He’s been around in comics since 1947, because characters of that time were made to last!

Blindspot is a very new hero, created only a couple years ago to serve as a sidekick to Daredevil. Samuel Chung was a janitor at Columbia University who built his own invisibility suit from scraps he stole from various science labs. He also happened to be a highly trained martial artist, so he combined all of that to become a vigilante crime-fighter, as one does. Daredevil found him and started mentoring Blindspot, which resulted in a feud with the Hand, and something to do with a demon, and with Blindspot getting his eyes gouged out. It was a whole thing. I’m still wondering how a guy capable of building his own invisibility suit from scraps was only working as a janitor. Real Good Will Hunting scenario, I guess. 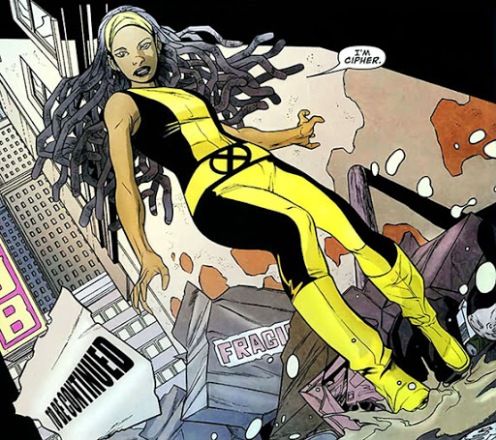 No new X-Men get original uniforms

Cipher is a pretty fun character, though she doesn’t get used much. Along with being able to turn invisible, Cipher can also turn intangible and hide both her mind and voice from telepaths and other people. She can essentially blink out of all perception! Cipher is a mutant named Alisa Tager who debuted in the short-lived Young X-Men series in 2008. The creative team teased her existence for several issues before revealing that she’d always been around, and had, in fact, been around the X-Students for years at that point, it’s just that nobody could see her and nobody knew about her, except for head honchoes like Cyclops. By all accounts, Cipher is still alive and among the X-Students, even if she hasn’t actually been used in years. So good for her!

Parker Robbins has a lot of demonic powers after putting on a possessed cloak, but his main power has always been turning invisible whenever he holds his breath. Later writers turned The Hood into a dangerous crime lord, but I was there at the beginning, when The Hood was the star of a self-titled MAX comic and he was just a punk who used his powers for spying on women and committing some crimes. It’s exactly the sort of thing Parker Robbins would do with the power to turn invisible, so I can’t exactly blame him. It’s why he’s a bad guy! 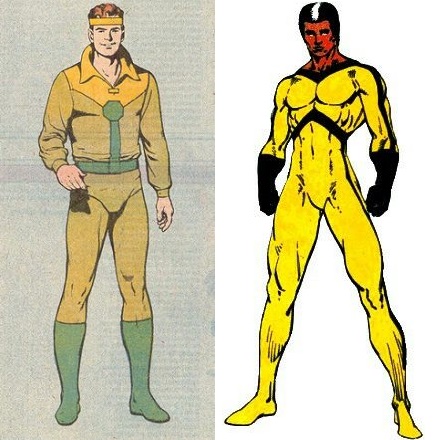 Leave it up to the Legion of Super-Heroes to make lists like this easy! There have been two members of the Legion with invisibility powers, and they keep it pretty simple. Lyle Norg was a kid from Earth who developed his own invisibility serum. That was good enough for the Legion, so they scooped him up for their espionage squad. He was a pretty unremarkable Legionnaire, though he did serve one term as leader before eventually dying in battle. This version remained largely intact through a couple different reboots.

The second Invisible Kid was Jacques Foccart, who sought the Legion’s help when his sister got really sick. The Legion inadvertently turned her into a raging computer monster, so Jacques grabbed Lyle’s serum to help out. The Legion quickly added him to their ranks like it was no big deal. Jacques would go on to lead the human resistance on Earth after it was taken over by the Dominators, which eventually led him to serving as President of freakin’ Earth once he succeeded in kicking the alien invaders to the curb! Talk about outshining his predecessor… 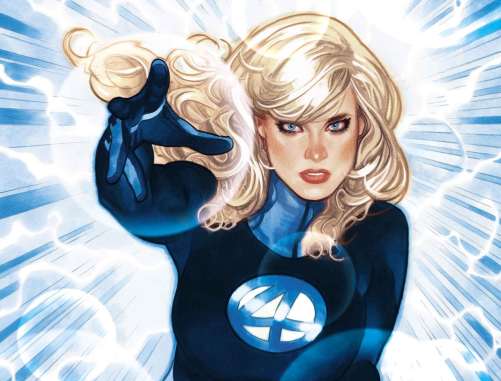 Now you see her, now you don’t, it’s the Invisible Woman! Despite what Hollywood would tell you, Sue Storm does not simply exist for tasteful nudie shots in B-grade superhero movies. Sue Storm is perhaps the premiere female superhero in the Marvel Universe, the cornerstone of the Fantastic Four. She’s a mom, she’s a leading superhero, she’s got the additional power to create invisible shapes to do anything she wants; Sue is regarded as one of the most powerful and most dangerous superheroes on the planet! Seriously, if you try to come between mama bear and her cubs, get ready to have a miniature invisible dam put into your brain stem. And you won’t even see her coming when she does it!

I am 100% ready for Emily Blunt to play her in the eventual MCU movie!

← Even More Exciting, How About a New Black Widow Trailer?!
Cruises are a Good Idea Right Now, If They’re Jungle Cruises! →