← The Harley Quinn Cartoon is Gonna be Lit!
6 Obscure Mutants I Want to See on Krakoa →

I Demand a LEGO Razor Crest

I finally got caught up on the first couple of episodes of The Mandalorian the other day and I only have one thing to say: I need a LEGO model of his ship. It’s called the Razor Crest, it looks cool, and it should already have a LEGO model. Why does this not yet exist?

It’s an ugly ship, but I want it

If you were to tell me to slow down, that The Mandalorian has barely started and, therefore, it’s much too soon to get a LEGO set from the show, I would immediately tell you that you’re wrong. A LEGO set featuring The Mandalorian already exists! But it’s a simple recolored AT-ST!

That girl’s got legs! 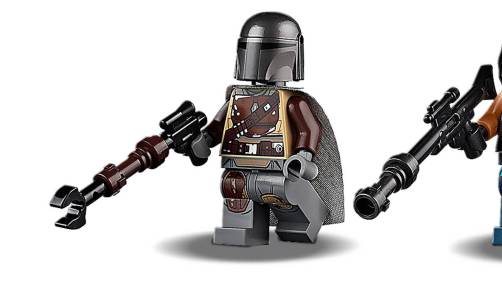 So why has LEGO announced a set featuring The Mandalorian but not yet made a set featuring the only other recognizable element of the show? LEGO loves making Star Wars spaceship models, and here’s a new one for us to enjoy!

The only explanation, I think, is that the upcoming Razor Crest set is going to feature a mini-figure of that big surprise character at the end of the first episode. I won’t spoil the character here, just in case you’re reading my blog without first watching The Mandalorian. But I’d bet big that the upcoming set will feature that mini-fig and LEGO actually wanted to avoid spoiling something for once.

Whatever the case, I am patiently waiting for a Razor Crest LEGO set. Make it happen, LEGO and Star Wars!

Posted on November 19, 2019, in Star Wars, Toys and tagged LEGO, The Mandalorian. Bookmark the permalink. 5 Comments.

← The Harley Quinn Cartoon is Gonna be Lit!
6 Obscure Mutants I Want to See on Krakoa →