Spider-Man: Far From Home is here and it’s great! I saw it last night and enjoyed the heck out of it! It’s another fun Spidey adventure, with great characters, great action and some really great after-credits scenes! Stay for them all! My full review will go up next week!

To celebrate this movie, let’s take a look at my favorite Spider-Man allies! 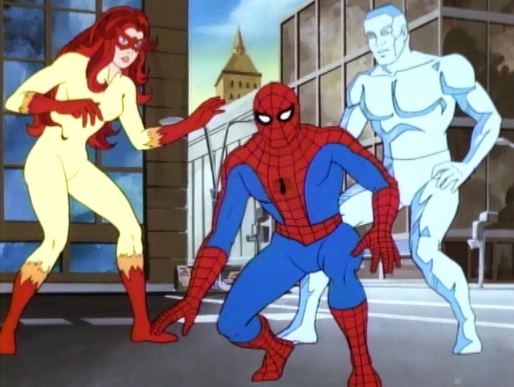 Many years ago, when Spider-Man: Homecoming was being made, I did a list of my favorite Spider-Man villains. Spider-Man was one of the major comics I read in the 1990s, back when I was first getting into comics on my own. And I’ve always had a soft spot for both Spidey’s extended Rogues Gallery and his various superhero buddies. Spider-Man is such a big brand that he has other superheroes who exist pretty much exclusively as heroic supporting characters to him. It’s great!

Join me after the jump for my favorite Spider-Man buddies! 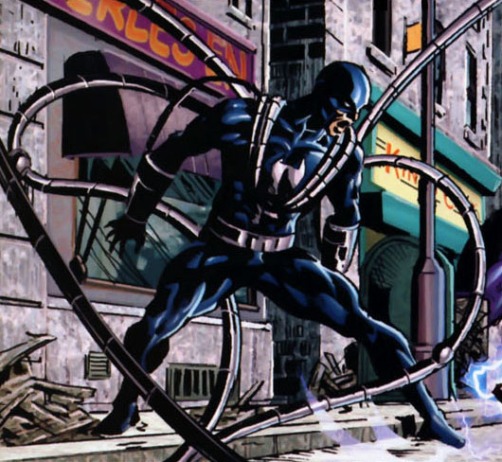 Doc Ock ain’t got nothing on him!

This one is a bit of a stretch, because I only really love Steel Spider from one appearance he had in Thunderbolts a few years back. Steel Spider was some dorky Spidey hanger-on way back when, then he got rebooted into a dark, gritty, badass Spider-hero to take on Norman Osborn’s evil Thunderbolts, circa Civil War. He was just darkly cool. He was obviously a bit of a maniac, but he was a spectacular maniac, a scrappy, low tier hero standing up to the Powers That Be of evil. He got his arm bitten off for his troubles, but I’d like to think he’s still out there somewhere, having built himself a cyborg arm to continue his cool battle. 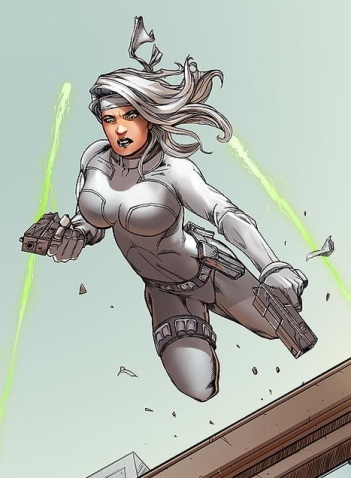 I don’t know what it is, but I rather like the vague, obscure sexual tension between Spider-Man and Silver Sable. I like the idea that this international mercenary from halfway across the world and this dork from Queens find themselves occasionally working together, with some sparks flying. They’re both consenting adults, with a lot skill and experience backing up their lives, and I think they just work really well together. 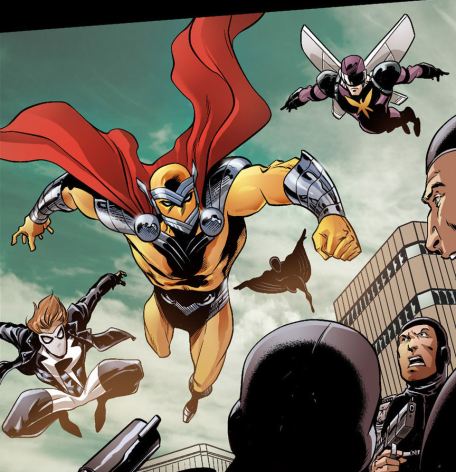 Did someone say “revival”? No? They didn’t? Alright…

I loved the Slingers! They were so much fun back in the 90s! And some of them are still around today! They even had a brief reunion a year or two ago, so I know they’re well. Way back in the day, Spider-Man was accused of murder and a city-wide manhunt was launched. In order to solve the mystery and keep fighting crime, Peter Parker came up with four new identities, one for each of the Spidey comics being published at the time. They were Ricochet, Prodigy, Hornet and Dusk, and they were pretty cool.

When that story ended, Marvel spun these characters off into their own comic, wherein four college students were given those identities by a mysterious benefactor. The comic was awesome, but short-lived. And while I don’t think Spidey has ever had much interaction with these heroes, they’re still under the Spidey umbrella as far as I’m concerned. The Slingers matter to me, gosh darn it! 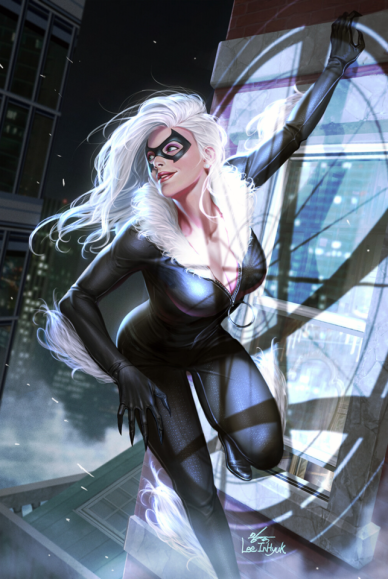 Not yet appearing in a Spider-Man movie…

Along with the Spidey/Sable romance, I’ve also always liked the Spidey/Black Cat romance. It’s just playful and cute. I also like the idea of Peter Parker finding love elsewhere in the superhero community. Mary Jane and Gwen Stacy are fine, but Spider-Man is out in the world, and finding someone like Black Cat would be fun! She’s cool, she’s sly, she’s classy; Black Cat is a really cool supporting character. I really enjoyed the recent storyline by Nick Spencer where she took Spidey to task for making her forget he was Peter Parker and how low that made her feel, even though she didn’t know what she was missing. 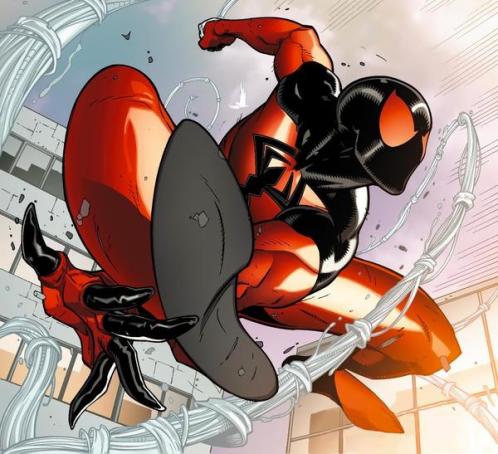 Proof that the 1990s were OK after all

I like Kaine a lot more nowadays than I did in the 90s. He’s the “evil” clone of Peter Parker from the Clone Saga, a failed first attempt who was all scarred and defective. He was a brooding bad guy back then, and I think I just didn’t like him because I rarely like male characters with long hair. Just a pet peeve of mine. I also had good clone Ben Reilly to enjoy. Flash forward to now and Ben Reilly is dead/evil, and Kaine is cured with short hair! Now Kaine is, like, the brother or cousin Peter Parker doesn’t want or need. But he’s out there, alive, doing his best, and is a sometimes ally of Peter’s. It’s a freaky and unique situation, and Kaine’s jerkly attitude about it makes him all the more lovable. 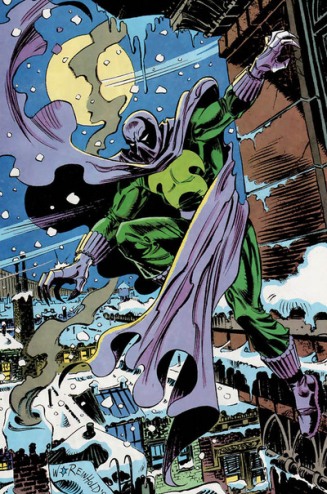 One of the few Marvel superheroes to actually wear a cape

I have always loved the Prowler! Hobie Brown started as a would-be thief, looking to get revenge on his employers for stealing his work. But Spider-Man convinced him to become a good guy, leading to Prowler being a small, street-level hero who does his best. And he’s always been a strong ally to Spider-Man. There was a time when he dressed up as Spidey so that Peter Parker could protect his secret identity. And Hobie filled that role again recently, when Peter became a world famous CEO, but still needed Spider-Man to make appearances. Hobie has had some weird stories over the years, but he’s a tried and true good dude whose role in comics really is just to be a pal to Spider-Man. And Spider-Man can use all the pals he can get!

Posted on July 3, 2019, in Comics, Lists of Six!, Marvel, Spider-Man. Bookmark the permalink. Leave a comment.