← I Don’t Quite Understand the New Avengers Video Game
Have You Seen These New Tig Notaro Videos? →

6 Mutants Who Would Have Been Better than Dangerous Dreadlocks Guy

I saw Dark Phoenix last weekend and it’s fine. It wasn’t a trainwreck — pun intended — and it wasn’t a masterpiece. It was just another perfectly fine and generic X-Men film; mildly entertaining with some solid special effects. I’m not going to do a full review of the film because I really only have two thoughts: I can’t wait for Marvel to do it better, and I’m still annoyed whenever these films fill out their mutant ranks with movie-original nobodies.

Look! I managed to find a picture of him online!

Who the hell was Dangerous Dreadlocks Guy? According to IMDB, his name is “Ariki”, but that means nothing. He’s not from the comics. Reading the internet tells me this character was supposed to be “Red Lotus” from the comics, but nobody’s ever heard of Red Lotus, and the character in the movie bares no resemblance to Red Lotus anyway.

The X-Men movies were always doing this. It’s insane. Remember the guy who threw spikes in The Last Stand? Or the guy who’s arms would regrow when Wolverine cut them off from The Last Stand? Or the various nameless student characters in the background, like that kid who could change the channels without looking or the kid with the blue tongue in X2?

What I’m saying is: there are hundreds of available mutant characters in the X-Men comics. Why did the movies insist on creating no-name nobodies to fill supporting roles? To let off this steam, here’s a list of mutants who could have been used instead of Dangerous Dreadlocks Guy.

There is only one real point to Dangerous Dreadlocks Guy: he’s a solid hand-to-hand-to-hair fighter. He’s a melee brawler. That’s the only thing he really does. So how about Omega Red? He’s got tendrils that are similar to dreadlocks. He also looks gnarly as hell and would be sufficiently spooky. You wouldn’t need to go into his weird Russian origins in Dark Phoenix. Just have him there, no explanations needed.

Magneto had a second nobody sidekick in Dark Phoenix, the awkwardly named “Selene”. This character wasn’t the comic book Selene, and she really just had mental powers and a knife. She could also be replaced. But why not give Magneto two women of color henchpeople? Frenzy has super strength and durability and would be just fine in the hand-to-hand fights as needed. Like when the X-Men were really bad at crossing a street.

Maggott isn’t really known as a hand-to-hand fighter, but he could be. And then on top of that, he’s got these freaky slug partners that he could throw at people. Maggott would be great for the creepy visuals, just like he is in the comics. And giant slug pets are much cooler on screen than directed dreadlocks.

How about some LGBTQ representation in your movie? Anole has some kind of reptile powers, including arms that come off and regrow into bigger, fancier arms. That makes for an interesting fighter. Granted, there wouldn’t be time to showcase that Anole is gay, but just having him in the movie would have been fun. 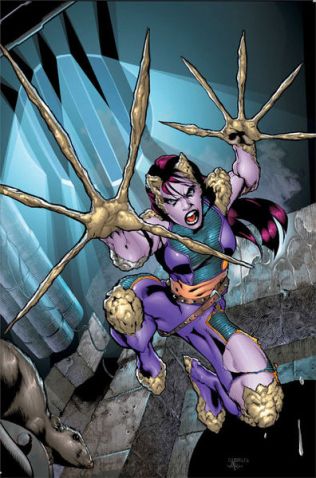 Here’s a badass character who has yet to appear in the movies — unless you count that very slight cameo in Deadpool, which, for the purposes of this list, I don’t. Marrow is cool, has a really great look and could easily fight hand-to-hand against the X-Men and the bad guys. Surely her bone weapons wouldn’t be that hard to create. And you could have the really gnarly moment when she breaks one off and pulls it out of her body. That would be crazy! 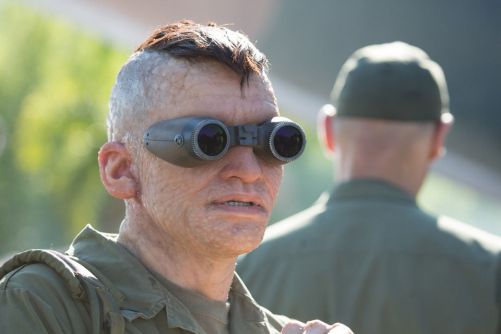 Hey, X-Men movies, what about freakin’ Toad?! What about Magneto’s already established henchman? He’s already in the rebooted timeline, having showed up in Days of Future Past. And it would be a great lead-in to the original X-Men, if that’s what you were going for at all. Toad is a great hand-to-hand fighter, and his tongue would be an easy stand-in for deadly dreadlocks. It just makes so much more sense. Why was Toad not used? Why does Dangerous Dreadlocks Guy even exist? What are we even doing here?

← I Don’t Quite Understand the New Avengers Video Game
Have You Seen These New Tig Notaro Videos? →