I enjoyed the final season of Game of Thrones, including the finale. I can’t defend every single choice that was made, and I’d probably agree with a lot of the complaints that people have, but I thought it was a fine finale to a great show.  And I grow more comfortable with the finale the more I think about it.

I’d like to take this moment to clear up a problem I see a lot of people complaining about on the internet: what was the point of Jon Snow’s true lineage if he never did anything with it?

Jon Snow being the true heir of the Targaryen dynasty didn’t mean anything to him, but it meant everything to Daenerys. That’s why it was so important to the show overall.  It did not mean Jon Snow was going to sit on the Iron Throne. It was always only ever going to be the biggest, most painful straw to break against Dany’s camel back on her journey to becoming the Mad Queen.

More after the jump!

Jon Snow never wanted to be king. He never wanted to be a leader of any kind. He said so at every opportunity and to everyone who would listen. But Jon Snow was a good guy and wanted to help people, so he kept accepting the leadership responsibilities that were thrust upon him.

Daenerys has only ever wanted to be queen. It was her single driving motivation in life. Everything she ever did has been about arriving in Westeros and reclaiming the Iron Throne because she believed it to be her birthright. She even said as much to Jon Snow when they first met, that her “faith” in herself and her birthright to be queen was the one thing that kept her going through all her hardships.

So when Jon Snow is told in Season 8 that his real parents were Rhaegar Targaryen and Lyanna Stark, and that he is secretly Aegon Targaryen, heir to the Iron Throne, it doesn’t mean jack to him. He doesn’t want to be king, he doesn’t care about the Targaryen name. In what universe does Jon Snow ever insist upon his apparent Targaryen birthright to claim the Iron Throne? That’s just not who he is as a person. This new information, no matter how true it is, changes nothing for Jon Snow.

But it changes everything for Daenerys.

All of a sudden, when she’s so close to reclaiming the Iron Throne and achieving her one goal in life, Daenerys is told that it was never her birthright to begin with. She’s told that her entire life, all of that faith in herself, was built on a lie. Her only claim to the Iron Throne was based on birthright, and now she’s told that someone else had a better birthright claim all along. This wasn’t something that sprang up all of a sudden, this was something that was true and simply in hiding since the very beginning, since before she had even heard of Westeros.

The scene between Dany and Jon in the crypt below Winterfell, where he tells her the truth, is what all of this had been building towards. It is the moment that Dany’s life begins to fracture.

I will grant you that all of this was pretty rushed and crammed into Season 8. But we got the show that we got, and we need to examine it as it is, not how we wish it had been instead. So we have the moment where Jon Snow tells Dany the truth, and that’s the moment where her journey to becoming the Mad Queen truly begins. Because everything else about her life starts to fall apart in the aftermath of that reveal. 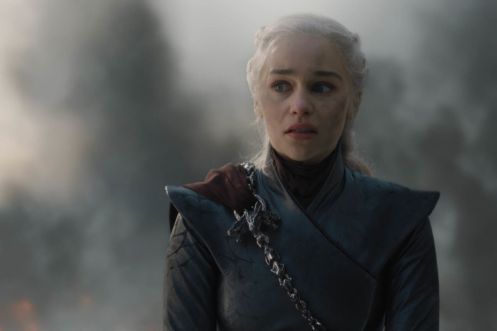 She can’t even right now

Directly because of this new information, Dany loses the love of her life, Jon Snow. In Jon, she had finally met an equal, a true romantic partner, and the two of them were getting hot and heavy at every opportunity. But suddenly Jon doesn’t want to touch her anymore since she’s his aunt. He rejects her romantic advances, even when she says she doesn’t care about their kinship. She lost one of her dragons to help this guy, but now Jon is rejecting her solely because of this new information.

And to make matters worse, Jon doesn’t go anywhere. He doesn’t break up with her and leave. He stays by her side, repeatedly professing his loyalty to her as his queen. So his presence is a constant reminder that they’re no longer lovers, all because of this information.

Were any of us really bothered by these two bumping uglies? Be honest.

Then, in short order, she loses confidant and mentor Jorah Mormont, loses a second dragon, and loses her best friend, Missandei. And she doesn’t just lose them, all three are violently ripped from her by cruel and evil means.

Between losing all of her loved ones, being broken up with by her boyfriend, who continues to stick around and support her regardless, and finding out that her long held claim of birthright was always a lie; all of these things are pretty tough pill to swallow.

As such, when in the heat of battle, Dany snaps and uses her dragon to burn all of King’s Landing. You know what happens next. 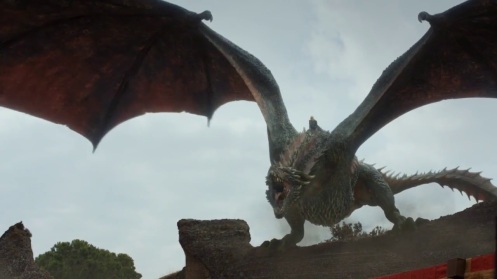 This is why Jon Snow’s true parentage is important to Game of Thrones: it doesn’t amount to anything for him, but it’s the biggest, most difficult, most painful blow to Dany’s psyche, leading to her ultimate ending.

It doesn’t mean anything to Jon; it means everything to Dany.

They are equally important characters to the narrative. It’s “A Song of Ice and Fire”; it’s about both of them. And it was only ever going to be a tragedy.

Posted on May 24, 2019, in Television and tagged Daenerys Targaryen, Game of Thrones, Jon Snow. Bookmark the permalink. 3 Comments.