Ten years have come and gone in the blink of an eye. I can still remember the events surrounding that original Iron Man film in 2008, and my going to see it at the midnight release. I can still remember the popularity of that first trailer, and the Onion article mocking that popularity. Oh how far we’ve come, and how how great the journey has been!

I have a feeling my thoughts on this film might change as time goes on. I viewed Infinity War a bit more harshly last year than I eventually settled on, and I mellowed out more on Black Panther. The same could happen here. But having seen Avengers: Endgame twice in the opening weekend, I’m very pleased with the film and everything it had to offer. It’s not perfect, and I’ve got some nitpicks, but overall it was everything we could have wanted from the Infinity Saga finale.

Join me after the jump for my full review and thoughts on Avengers: Endgame. Be warned that this article contains FULL SPOILERS and assumes you’ve seen the movie.

6. I was enjoying this movie, then I loved it

One thing I’ve noticed about Marvel superhero movies lately is that there are no big moments anymore. No real stand out action scenes that really grip me. Like the train rescue in Spider-Man 2, or the moment when Hulk punches the Leviathan in the first Avengers film. There are no moments that make me sit up in my seat and get shook. Instead, it’s all just generally fun and enjoyable. And that’s what the bulk of Avengers: Endgame felt like. Just a good, solid, enjoyable adventure for the Avengers and their friends. And I was fine with that. I enjoyed it a great deal. Action, humor, characters and story were all on point, as we’ve come to expect.

Then came the moment in the final fight where Sam Wilson gets on the horn and let’s Captain America know the calvary is coming. And then the calvary comes and comes and comes and holy cow the movie just erupted! From then on, the finale was as good as anything else in the MCU. The characters, the action, the quirk, the little bits and pieces of story here and there. Then the endings were pretty much perfect. Every doubt and slight concern I may have had with the bulk of the film was washed away with the glory of that epic finale. And then the ending for Captain America was too perfect. I loved it and didn’t see it coming. Just perfection.

5. Black Widow’s death could have been handled better

So if you go to get the Soul Stone alone and not with the person you love most in the world, what happens? Hawkeye could have given up his favorite bow maybe?

Black Widow’s sacrifice was indeed touching, but I feel like the act itself was a little clunky, and the event could have been bigger. For one thing, it was exactly like how Gamora was killed in the previous movie. That was a really touching and emotional scene. But then they just repeated it for Black Widow, and some of the emotion was lost with the repetition. For another thing, it was just really clunky how Clint and Nat kept one-upping each other to jump off. Even when one of them was making the big, dramatic jump, the moment is interrupted by the clunky choreography of using that rope to catch and dangle. Infinity War did it right, with the slow motion horror of what Thanos was doing. Endgame was really weird about it.

Also, I feel like Endgame could have done more to emphasize what was about to happen. The audience knew what would have to happen when Clint and Nat went off to get the Soul Stone, but the characters didn’t. I feel like there could have been more doom and gloom foreshadowing about Clint and Nat’s mission.

4. They handled everything else perfectly 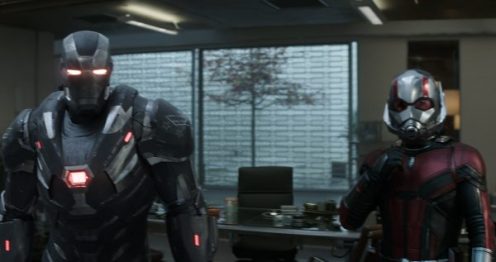 There just aren’t many Endgame pictures available on the web

I can just lump all of my praise into this category. With some minor exceptions, as I’ve listed in this List of Six, everything is handled so damn well in Endgame. Right from the very beginning, we’ve got the personal loss of Hawkeye to set the stakes. We’ve got the initial team up and the casual integration of Captain Marvel. We’ve got Tony and Nebula playing paper football. We’ve got the awesome Five Years Later jump. I could just go on and on. The characters were as good as they’ve ever been, with so many great surprises! I loved Professor Hulk, I loved Fat Thor; both were funny and great directions to take each character. I loved Tony Stark’s family and Steve and Natasha being unable to move on and let go. I loved Captain Marvel’s new haircut and costume!

The story built solidly while having a lot of fun with itself. The Time Heist aspects were really well done and enjoyable. I liked how both Thor and Tony indulged in the time travel to speak with their loved ones, but the tried and true Captain America did not deviate from the plan to speak with Peggy. I loved Ant-Man’s role in the whole thing. I loved the way they used Nebula as such an important character. She was, like, the secondary villain in the first Guardians of the Galaxy movie, but now she’s an Avenger! It worked so well! I loved how they didn’t take too much for granted, like some of the Avengers still being shocked at aliens being real, or that traveling into space and other planets are still something important.

The human moments, as always, are the best parts. Thor and his mom was great, Thor hanging out with Korg and Miek was great. Everybody teasing Ant-Man was great. I know it wasn’t his movie, but I loved his role as the everyman Avenger. Scott Lang was just this ordinary guy living in San Francisco…now he’s responsible for saving the world, both for coming up with the plan, providing the means to make it happen, and then he fought in the battle for planet Earth!

I have no real complaints against Avengers: Endgame. Simple as that. 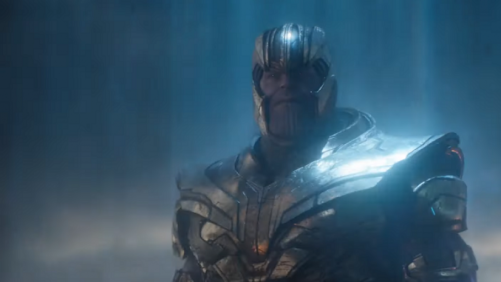 Back when Thanos still liked his armor

And then he’s quickly and easily dispatched in the first 10 or so minutes of Endgame. Part of me likes the brusqueness of what happened, because it heightens the Avengers’ personal journeys. But then the movie went and brought in a Thanos from the past to serve as the big villain of Endgame. The movie needed somebody for the heroes to fight, somebody with an army to stand against the entire might of the collected Avengers. And past Thanos filled that role just fine…but he wasn’t the same guy. He didn’t have the gravitas of Infinity War Thanos. And he wasn’t the guy who snapped his fingers and made half the universe disappear. This Thanos still had the sultry voice of Josh Brolin, and the chutzpah to stand up against our heroes.

But he wasn’t the same, he was a weaker facsimile.

They wrote her out of a job

This is really minor, but it’s one fact I can’t get out of my mind: the time skip means we won’t have Abby Ryder Fortson as Cassie Lang anymore. That little girl stole the show in both Ant-Man movies, and I was hoping she’d get to grow up and play Cassie as a superhero someday. But nope. We’re now 5 years into the future and Fortson won’t be able to catch up to the timeline anymore. Even when she’s a teenager, her movie character is going to be even older. And for me personally, this is the saddest part of Avengers: Endgame.

Also, I’d like to take this moment to point out two things: I loved Ant-Man in this film. He’s my favorite MCU superhero and he was used splendidly. And that 5 year time jump/resurrection is really going to mess up the world. Now half the entire universe is 5 years older than the other half, and they had to live those 5 years in devastation, horror and trauma. It’s almost too huge to comprehend. We’re going back to Peter Parker’s high school in Far From Home later this year. What about the classmates that didn’t get Snapped? All of Peter’s 15-year-old classmates who are now 20. Peter and his Snap pals get to just go back to high school and carry on like nothing has happened (likely in dilapidated buildings), but what about those 20-year-olds? Did they have some kind of rudimentary school? Have they missed out on college?

Though now Cassie Lang is old enough to join Peter Parker and Shuri in a Young Avengers lineup! Silver lining, I suppose.

1. The returned heroes were shortchanged

By the sheer nature of the story, all of the characters that were Snapped out of existence at the end of Avengers: Infinity War didn’t get much to do in Avengers: Endgame. It was the right call to make. The focus should be on the original Avengers (with a couple of tag-alongs). But that means all those Snapped characters don’t get any set-up in the movie at large and everybody has to scramble to matter in the grand finale — which robs these characters of some energy and support. I’m talking specifically about the likes of Black Panther, Spider-Man, Doctor Strange, Scarlet Witch and especially Falcon.

As great as it is to see Black Panther, having him and Shuri be the first to step out of the portal to back-up Cap loses a bit of its gravitas because we’re forced to rely entirely on our interest in them from other movies. Likewise whenever Black Panther, Scarlet Witch or the rest play a role in that finale. Spider-Man has a lot to do in the big fight, and Scarlet Witch gets a big moment against Thanos. But none of these characters have been set up, so their big moments are just that much weaker as a result.

Maybe this means I need to watch Infinity War and Endgame back-to-back? 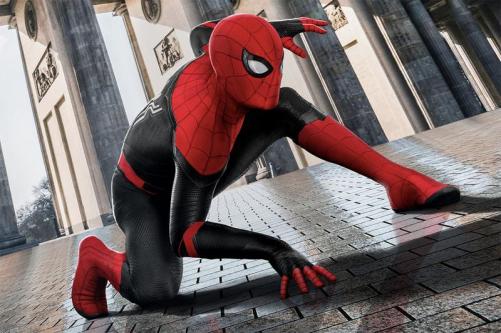 Spider-Man goes to Europe! A Europe that was ravaged by a 5-year apocalypse scenario! Should be fun

The biggest issue out of all of this is Sam Wilson’s final scene with the older Steve Rogers, when Steve bequeaths the shield and the mantle of Captain America to Sam. It should be a big moment, but Sam has done so little in this movie. He’s not even the first one through the portal when he reveals that back-up is coming. And he had less to do in the big fight than the other characters I mentioned. Sam really only shows up in the movie to get the shield. It’s a big, nice moment for the MCU as a whole, but for Endgame itself, Sam and the rest of the Snapees were really shortchanged in having real emotional stakes in the film.

Though considering they’re all the future of the MCU, I’m sure they’ll get their due.