← Honestly, The Meg Was OK
We’re Getting More Young Justice! →

The Green Ranger is the best Power Ranger. It’s indisputable. He was the coolest, had the best costume and was just plain awesome. And ever since I saw him karate kick his way onto my weekday afternoon television screen, I have loved the “Sixth” Member of teams. On TV Tropes, this trope is actually called the “Sixth Ranger” specifically because of the Green Ranger, but I didn’t want anybody to think this was a list only about sixth Power Rangers. 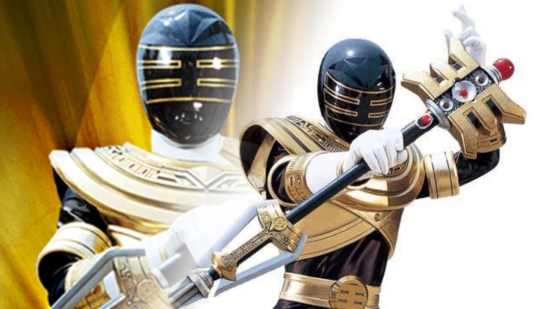 I know this is the Gold Ranger, but he’s a strong runner-up

So join me after the jump for some of my favorite fictional characters, almost entirely because they’re the “Sixth” member of an established group. It’s a pretty reliable thing for me. 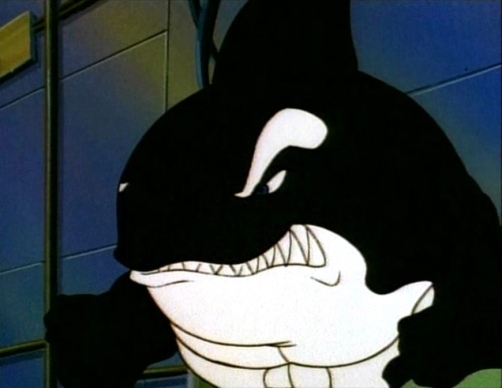 I was obsessed with Street Sharks when I was a kid in the 90s, though not quite to a Vin Diesel degree. I watched the cartoon, I read the comics, I collected the toys and I — quite embarrassingly — incorporated them into my creative writing homework at school. I think it was because they were just a rehash of the Teenage Mutant Ninja Turtles, which was my jam when I was growing up in the 1980s. The Street Sharks were another foursome of anthropomorphic animals, with really cool toys, and a whole cadre of supporting animal people. My favorite character in the Street Sharks was Moby Lick, a killer whale who was an occasional ally of the team. I honestly don’t even remember what, if anything, Moby Lick did in the cartoon or the comics or anything. I just knew he was the “sixth” member, he as a killer whale instead of just being another shark, and his action figure came with an attachable baseball cap, which I could turn backwards, which was my style at the time. Moby Lick was everything I wanted from life back then. 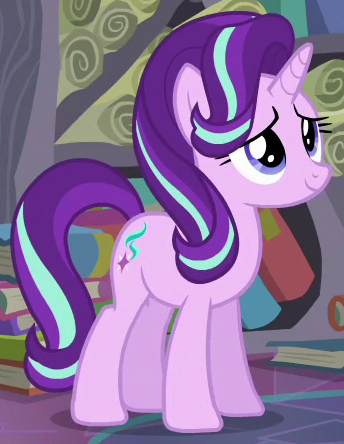 I make no apologies for being a Brony. My Little Pony: Friendship is Magic is a solid cartoon with good characters, stories and some pretty amazing season finales. And about five seasons in, they finally added a “sixth” member to the main cast, Starlight Glimmer. She was a bad guy turned good, a wicked pony who controlled a village where she used magic to remove everypony’s Cutie Marks, making every pony equal and therefore ‘not-special’ in any way. Our heroes defeated her and saved the day. Then she returned in one of the most epic season finales the show had: Starlight Glimmer goes back in time to undo the friendships of the main characters, with hero Twilight Sparkle chasing her through time. This leads to a series of post-apocalyptic and otherwise gnarly alternate timelines, which honestly get pretty dark for a My Little Pony cartoon. Twilight Sparkle saves the day again, and convinces Starlight Glimmer to change her ways. Then, rather than punish her, the heroes invite her to join them in learning about true friendship. She’s been with them ever since, a pony on a journey of redemption through friendship. She was even the main character in the season six finale, where she had to put together a rag-tag team of fellow side characters to defeat the evil bad guy army and save the day. Seriously, this show has some awesome season finales. 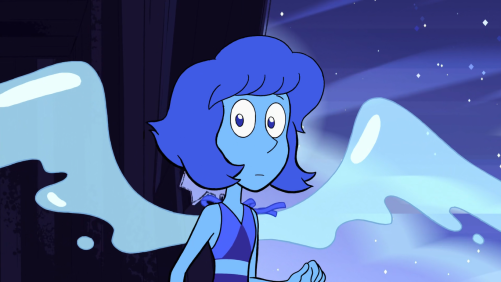 Lapis is the rebel member of the Crystal Gems and is such a fascinating figure on Steven Universe. Her two-part introduction is one of the first times the show starts getting serious, especially about its lore. And when Steven Universe gets serious, it’s one of the best shows on television. Lapis is such a tragic character. She was never one of the good guys, and then got imprisoned in a magic mirror for centuries. When Steven frees her in the present day, she’s still antsy and depressed. Watching her come around to the good guys through Steven’s unending friendship has been a joy to watch. And she gets some of the best, biggest, most exciting hero moments, especially during the recent wedding! She was the first Gem we met who wasn’t one of the main three (four), and she has been a standout character ever since.

There is way too little Animorphs artwork on the Internet

Ax was my favorite Animorph. The humans were great and their adventures were awesome, but for my money, it was their alien sixth member that was the best character. For those who don’t know, the Animorphs was a series of young adult books about a group of teenagers using the power to turn into animals to fight a secret alien invasion. Ax was one of the good guy aliens, who ended up stranded on Earth and joined the humans — with the ability to turn into a human. So much fun was had with Ax getting used to life on Earth, like his instant love of cinnamon buns. Ax also had a both a nobility to him and a brattishness about his own alien people. It took awhile for him to relax and become one with the Animorphs. His adventures and books were just so much fun to follow, and having him come up in in the book point-of-view rotation was always a treat!

I also really like the character of David, who qualifies as the “sixth” human member of the Animorphs, who then turns evil. He was a great villain! 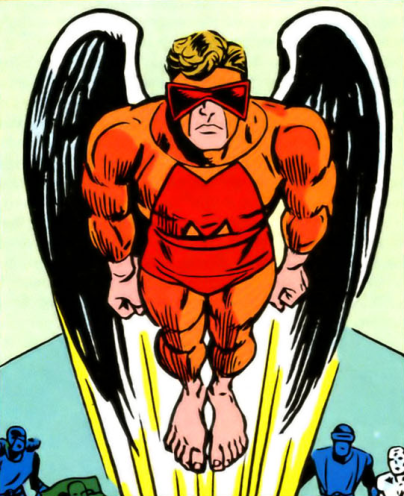 The orange costume has a lot to do with it

Out of all the kooky characters added to the X-Men over the decades, the Mimic was the first. Professor X and his five original X-Men battled the Mimic in his first appearance, with the villain gaining the power to copy the powers of other superheroes, so he was a guy who had all of the powers of the original X-Men. When he made his return appearance, the Mimic decided he’d rather join up with the X-Men, without curbing his already jerkass nature. The X-Men needed his firepower for an upcoming battle, so Prof X let it happen. The Mimic ended up getting kicked off the team only a handful of issues later, so his tenure was short. But as a young kid, reading his dad’s comics, and those issues in particular, the Mimic was the coolest dude. And he hasn’t been with the X-Men very much since those early issues in the 1960s, but for a brief period of glorious time, he as the “sixth” member of the original X-Men. 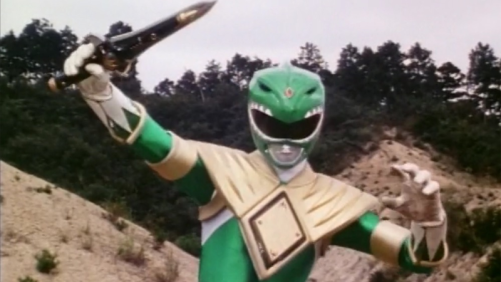 The one, the only, the inspiration for the trope itself: Green Ranger is best Power Ranger. How cool is the Green Power Ranger? The show was already awesome to my youthful eyes, and then this badass extra Ranger shows up, working for the bad guys? With his own Zord and that awesome golden chest shield to differentiate him from the rest of the Power Rangers? Just looking at him, you knew he was special. And the show gave him some great episodes, from his 5-episode opening story arc to the ongoing story of whether or not he was losing his powers on any given day, so that ultra heroic return. That stuff was superhero crack to little childhood me. There’s a reason that anytime Tommy returns to the Power Rangers for a cameo, he’s dressed as the Green Ranger and not any of the other identities he took on later. Green Ranger for life!

← Honestly, The Meg Was OK
We’re Getting More Young Justice! →