Avengers: Infinity War is out on DVD this month, so the question has returned as to why Thanos couldn’t simply use the Infinity Gauntlet to wish for more resources instead of wiping out half of all life in the universe. Part of what made the movie so good is that Thanos is such a compelling villain. He believes whole-heartedly that he’s doing the right thing, that this evil act is for the good of the universe. According to Thanos, planets and their peoples will thrive and avoid overpopulation if he arbitrarily wipes out half of them. He knows it’s a tough call to make, but he believes he is the only one strong enough to make it.

But wouldn’t creating double the resources also work, and keep everybody alive?

I don’t think so at all. 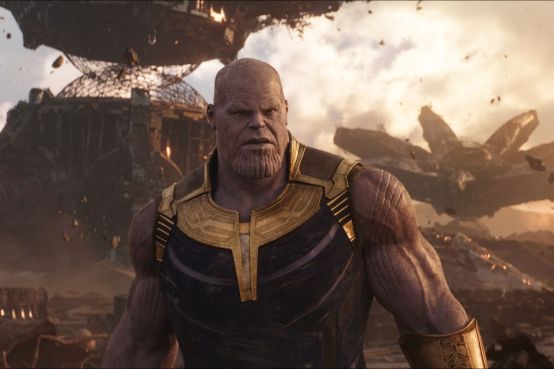 At least they remember him

First of all, you’ve got to remember that Thanos is a mad man. He’s not some altruistic hero out for the greater good. He’s comfortable with genocide, so he’s going to go with genocide.

Second of all, with the release of Avengers: Infinity War on DVD, we’ve got an official answer from the people who created the movie:

“Well, he was told ‘no’ to an idea that he had that he felt was the only solution, and then was proved right to himself when that solution was not acted upon,” Joe Russo said. “So his messianic complex — he is now committed to following through on the idea he had many many years ago. He is not a stable — although he appears stable at times, he is not a stable individual.”

That seems like a pretty solid explanation to me. But there are a few more reasons on top of that, if you’ll allow me to explain.

What kinds of resources are we talking about here?

When people ask Thanos to just double the resources in the universe, what specifically are we talking about here? Water? Fire? Vespene gas? If we’re talking about Earth, there are many different “resources” that we rely on to survive. Water, oxygen, wheat; the list goes on an on. Which one is Thanos supposed to double? All of them? What about the planet Xandar? Or all of the other unique and diverse planets across the Marvel Cinematic Universe?

Corn would be good, too

Maybe the people of Grebulax 5 breathe coal and drink neon to survive. Is Thanos going to double those resources too? How is he supposed to keep track of which planets require which resources?

How does the doubling of every necessary resource across every single life-sustaining planet not become ridiculously complicated? He’s not some cosmic gardner. He’s making one snap of his fingers. There’s no way his wish can get as specific as it would need to get in order to double all the necessary resources in the galaxy.

Where are the resources going to go?

If the problem he’s trying to solve is overpopulation, where are all of these new resources going to go? If a planet is so populated with people that its in danger of planetary collapse, where’s all the new water and wheat supposed to even go? If these planets have used up all of their survivable resources, did they just politely step aside to leave the land those resources occupied alone? Or did they move the overflow of people into this newly available land? 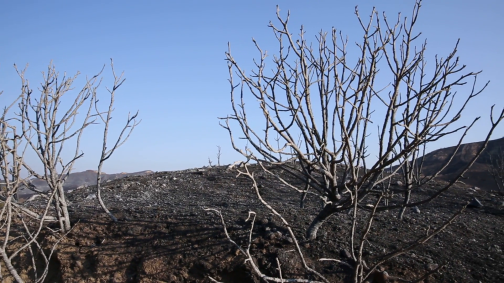 Sure, just grow some new corn there

If Earth is so overpopulated and falling apart that we don’t have the land to grow wheat, what is doubling our supply of wheat going to suddenly accomplish? If the oceans have dried up and we’ve moved into the ocean floor, where’s the new water going to go? Is the Infinity Gauntlet just going to dump new resources on top of the dying planets and let everything get sorted out later?

Who will be in charge of the resources?

One of the key tenets of Thanos’ plan is that his genocide is unilateral across the board for all peoples. The rich don’t get spared while the poor get wiped from existence. It’s equal. Thanos is a cool guy like that.

Has that ever really worked successfully in the history of Earth, let alone every other life-filled planet in the universe? You just know there are going to be criminals and corrupt land barons and rich bastards who want more than their fair share. The poor are going to get screwed, and Thanos doesn’t stand for that.

In summary, using the Infinity Gauntlet to create more resources would require way too much micromanaging on too many different levels to be even close to feasible. Whereas wiping out half of all life in the galaxy is pretty easy and equal.