6 DC Characters I Want to See in Injustice 3

I am currently stuck in a rut with the DC superhero fighting game Injustice 2. I like the series well enough, but I’ve never been a huge fan of fighting games in general. For this sequel, however, they introduced character leveling and loot boxes, and that’s where I’m stuck. Basically, you now earn new gear and equipment so your fighters can play dress-up!

Injustice 2 is a character redesign game, and I just have to grind through some fights to get new outfits for everybody! 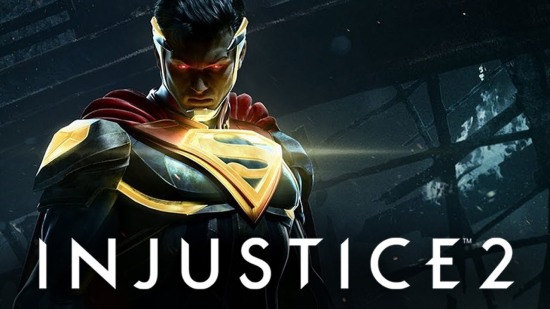 An evil Superman? Who’da thunk it

The outfits don’t mean anything. It’s not like I compete on any multiplayer level, or that I’ll be saving the outfits to share with anybody. I just like seeing all the superheroes dressed up in fancy new duds. Hopefully another video game will come along soon to break me out of this loot-grinding rut!

Until then, I’ve got a few ideas for what superheroes and villains need to appear in the next game, should they make an Injustice 3! Join me after the jump for my ideas!

Before we get started, let’s get the basics out of the way. The two games released so far are Injustice: Gods Among Us and Injustice 2. These games follow their own unique storyline and aren’t connected to the comics (though the Injustice series does have its own tie-in comic). In these games, the death of Lois Lane causes Superman to snap and he turns into an authoritarian dictator, with half the Justice League backing him up. Batman takes the other half of the League to oppose him and restore freedom to the world.

In the sequel, which is what I’m currently playing, an invasion by Brainiac forces the two sides to work together to defeat the stronger foe, with the previous tensions still bubbling under the surface. The games feature dozens of classic and modern DC heroes and villains. And of the few they haven’t featured yet, I’ve got some suggestions for Injustice 3! 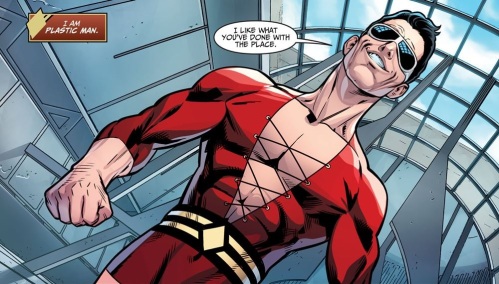 Fighting games have been using stretchy characters since the earliest days of Dhalsim in Street Fighter. So adding Plastic Man shouldn’t be much of a stretch at all for Injustice 3. Just think of all the amazing animations we could see as he high punches and low kicks through a fighting game. Turn his fists into mallets, upper cut to the top of the screen, flatten into a pancake to duck; the possibilities are endless. And his sense of humor would be a nice shining beacon in the grim and gritty world of Injustice.

Also, they could add Elongated Man as an alternate fighter skin, so that’s two characters in one! 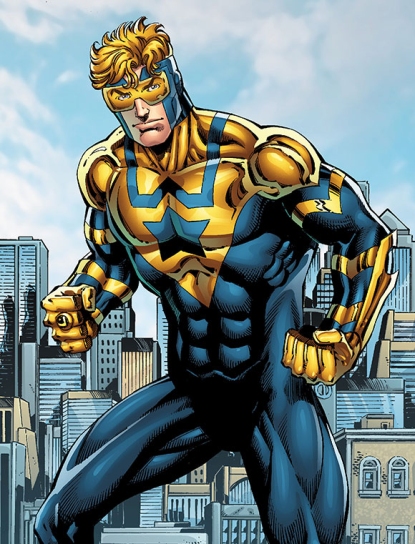 He’s not as tough as he looks

Booster Gold is a bright, shiny, pompous character who could definitely do with a grim and gritty version for Injustice 3. Since he’s all about time travel, perhaps he hasn’t visited the Injustice world yet and he could be someone brand new who needs to choose a side. Perhaps he has future knowledge that Superman needs to be freed from captivity. I dunno. I just think he’d be a nifty character to add to the Injustice lineup. He’s got a unique visual, and the time travel angle could lead to plenty of neat moves and stuff.

The Injustice games haven’t done much of anything with the New Gods. Darkseid was included in Injustice 2 as a pre-order bonus character, and that’s about it. Those Fourth World weirdos are perfect for a fighting game, and I think Big Barda is the best choice to join the next roster. She’s a powerhouse badass with really cool armor and a mighty weapon. Every roster needs strong female characters and Big Barda is a way cooler choice to represent the New Gods than her husband or someone like Orion.

Maybe with a better costume

I’m a huge Robin fan, so I was a little grateful that Robin was a playable character in Injustice 2 (we had Nightwing in the first game). Unfortunately, the Robins have a pretty crummy storyline in the Injustice universe. Dick Grayson died early into the story, at a time when Damian Wayne was Robin. After Dick died, Damian decided to join Superman and became a bad guy, adopting the Nightwing identity at the same time. Damian is an even bigger turd in this universe than normal. So with Damian evil and Nightwing, Batman has an opening for a new Robin!

And I vote for Carrie Kelley to come in and take the mantle. The Red Hood is a side character in Injustice, and Tim Drake is dead in the comics, so both of them are probably out. For Robin to have a real impact as a member of the Injustice 3 roster, the developers should do something really drastic and introduce a new, female Robin. Carrie Kelley is the strongest choice, though I wouldn’t balk at Stephanie Brown or Harper Row as a new Robin. Or even Duke Thomas.

I really just want Robin to be playable again, but with somebody much cooler than Damian Wayne. Batman and Robin need to be a solid team again!

The definition of ‘underappreciated’

I love the Wonder Twins. I’m not sure why; they’re just silly enough to be amazing, and I love the idea of including them in more grim and gritty stories. The Injustice games are based, in part, on Mortal Kombat, and MK has done 2-person characters before. So make the Wonder Twins one character, and they can tag out back and forth in the middle of the match. Or maybe each one gets a single health bar and they switch upon defeat. That would be a pretty neat dynamic! They could then turn into animals or ice-things and we’d all have a really nice chuckle. 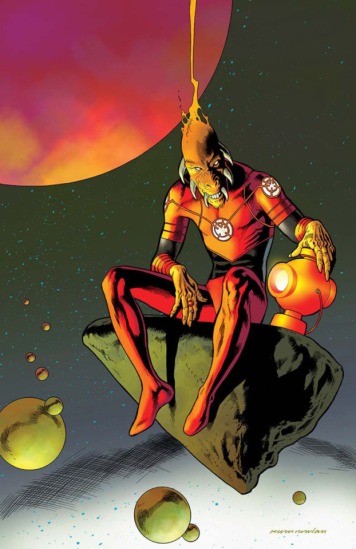 Obviously the Green Lantern is a major character in Injustice. Then the first game also featured Sinestro as a Yellow Lantern, and the sequel introduced Atrocitus the Red Lantern. The games don’t shy away from the Emotional Light Spectrum of characters. They clearly need to up their game for the threequel, and the best way to do that is bring in Larfleeze the Orange Lantern! Larfleeze is awesome and crazy and would be a really wild addition. His Orange Lantern Corps could provide all manner of fun powers and special moves, and Larfleeze himself would be pretty hilarious.

Posted on January 24, 2018, in DC, Lists of Six!, Video Games and tagged Injustice 2, Injustice: Gods Among Us. Bookmark the permalink. 1 Comment.