I really like All-New Wolverine by Tom Taylor, despite never having had much interest in X-23 as a character. It’s a fun book, with strong comedy and even stronger character writing. I’ve fallen a bit behind in my readings, but it’s still good comics.

The breakout character of the series is Gabby, a little kid clone of X-23. She’s a clone of a clone. But she’s absolutely delightful as a fun, energetic kid getting mixed up in superhero hijinks. 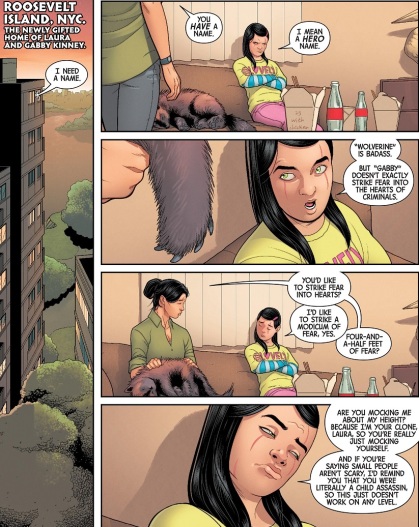 Since debuting at the start of the series, Gabby has been known as simply “Gabby”. But this week’s new issue — All-New Wolverine #28 — finally gives Gabby her own superhero codename! And it’s pretty much perfect!

Join me after the jump for her new name!

Here you go, in all it’s codenaming glory! 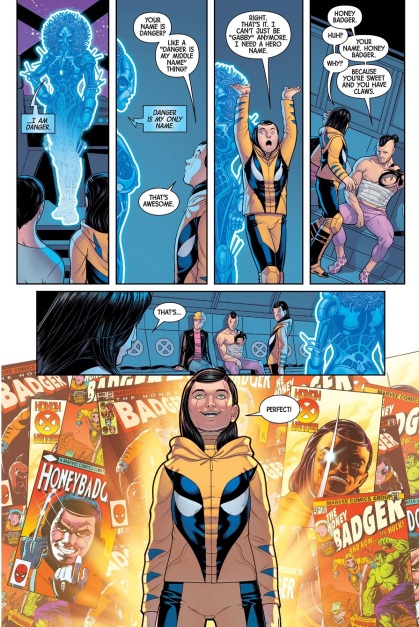 Yep, that’s perfect. I’m sure Taylor had this planned out far in advance and has only now gotten around to giving Gabby the codename. If he didn’t, I’m sure his realization of this name happened exactly like it does to Gabby here.